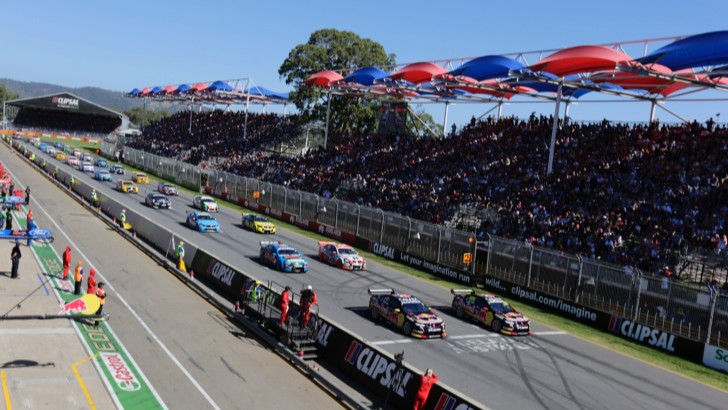 V8 Supercars has commenced a market tender of three surrendered Racing Entitlements Contracts (RECs) ahead of the 2015 Championship season.

As arguably one of the most revered and professional motorsport categories in the world, V8 Supercars has already had interest from numerous parties in Australia and overseas.

Registrations of interest to participate in the tender, being managed by independent auditing firm Ernst & Young, must be submitted to V8 Supercars by no later than 5.00pm (AEST) on 8 July 2014.

"This is a fantastic opportunity to compete in one of the most successful categories in world motorsport and we believe there will be significant interest," V8 Supercars CEO James Warburton said.

The three available RECs are available for purchase by parties to compete from the 2015 season. Each REC entitles a party to race once car in each Championship event. The RECs can be purchased as single entries or in any combination.

The platform enables new brands to enter and compete in the Championship.

V8 Supercars' reputation as one of the most competitive forms of motorsport in the world. In 19 races so far this season there has been 10 different winners and all brands separated by just 18 metres across qualifying in the opening six events.

To register your interest, you must complete a formal Registration of Interest Form which can be requested by emailing: rectender@v8supercars.com.au

Completed Registration of Interest Forms must be submitted by 5.00pm (AEST) on Tuesday, 8 July 2014.

Only parties that have submitted completed Registration of Interest Forms by this time will be eligible to submit an offer for the available Racing Entitlement Contracts.

22/06/2014
Stay In The Know
Sign up to the Virgin Australia Supercars Championship Newsletter
We use cookies to ensure that we give you the best experience on our website. If you continue to use this site we will assume that you are happy with it.Ok