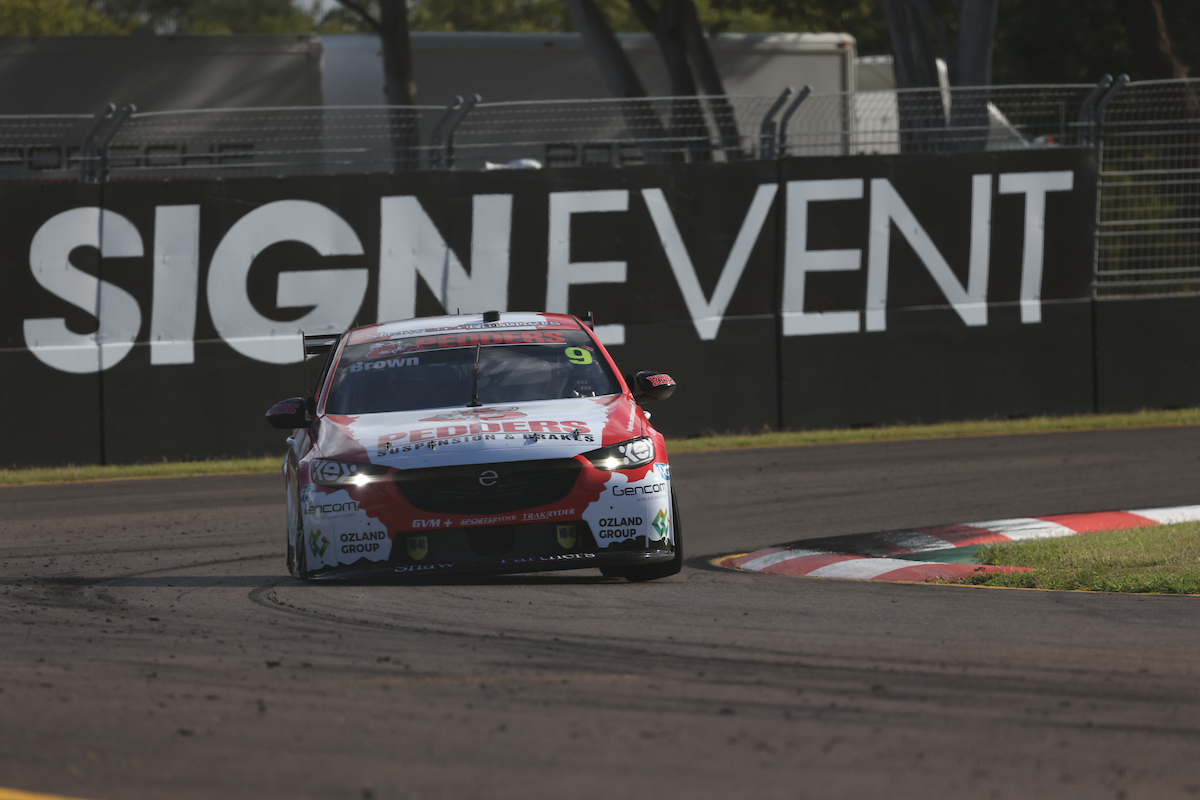 Will Brown led the times after the first runs in Practice 2, and ended the day eighth fastest, four places ahead of teammate Brodie Kostecki.

The two first-year main game drivers are the only two of the 24-driver grid never to have made a main game start in Townsville.

On Friday, neither driver played into that narrative, with Brown a standout in his Pedders-liveried #9 Commodore.

“Just trying not to make a single mistake throughout the lap.

“The Pedders car was awesome, the team’s done a great job.

“I think it can be right up there, it felt really good.”

It comes after Brown was one of just five drivers to record top 10 finishes in all three Darwin races.

The results helped the 2020 Dunlop Super2 Series runner-up into the top 10 in the championship. 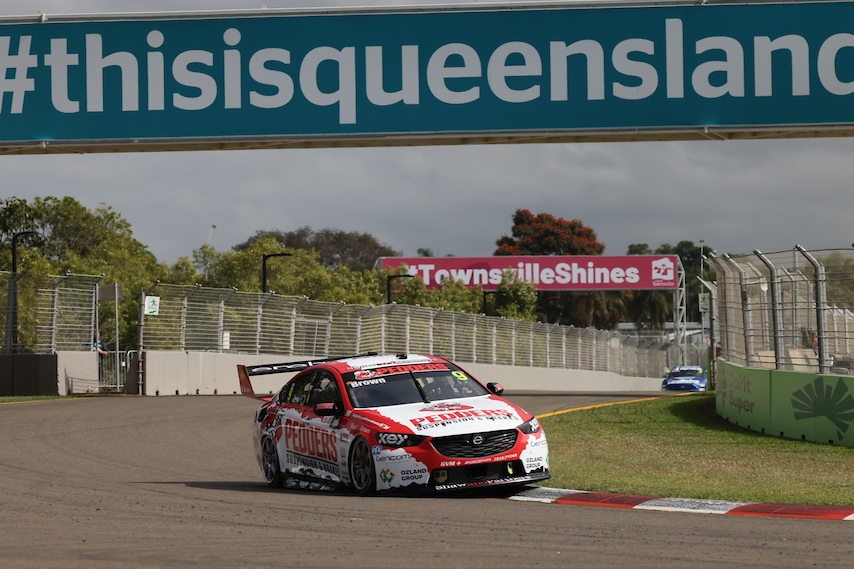 “It was awesome, obviously the crew did an awesome job up there,” he said of his Darwin showing.

“The car’s been going great, so hopefully we can do the same this weekend.

It was a mildly more difficult day for Kostecki, whose only criticism was of himself being unable to out together the perfect lap. 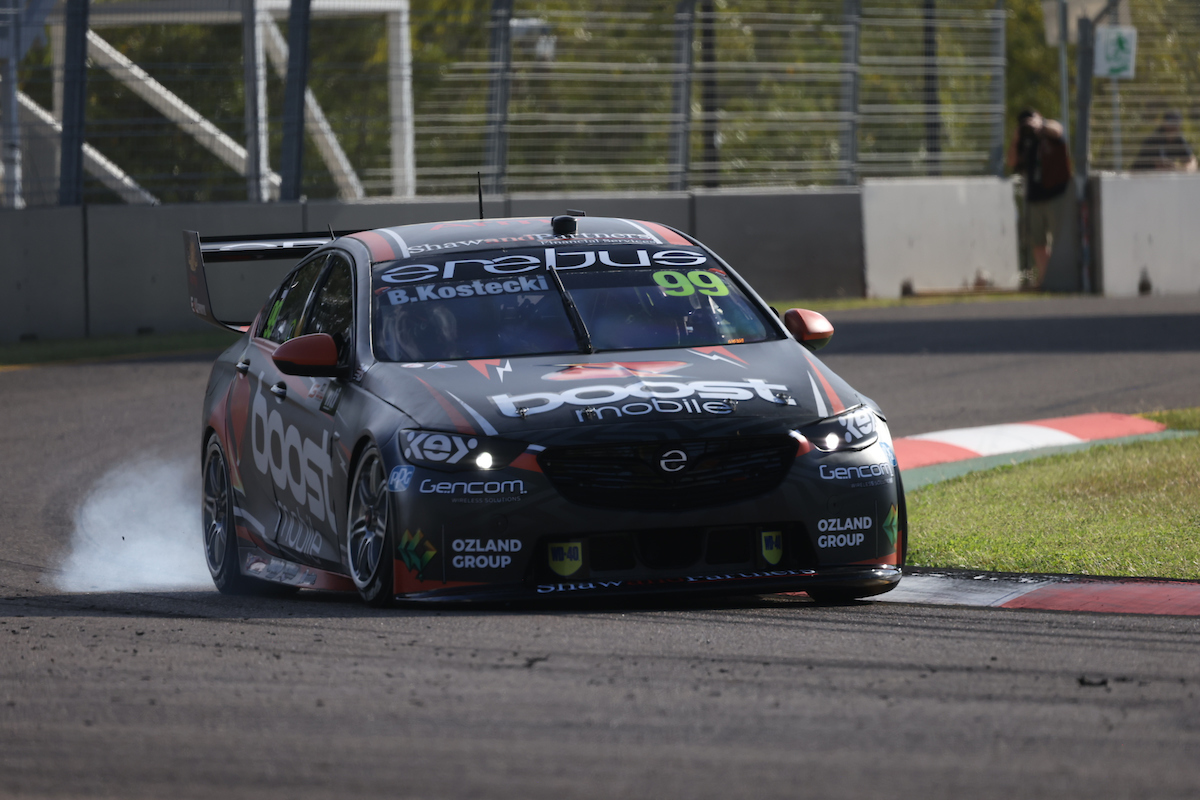 “I’ve definitely had to learn a lot today, I’ve been here in Super2 previously on the hard tyre,” Kostecki said.

“The Soft tyre’s a different beast, the deg’s pretty high.

“The car’s actually pretty good, I just haven’t strung a lap together. Hopefully I can work that out tomorrow.”

Cars will roll out ARMOR ALL Qualifying on Saturday morning at 11:15am AEST.