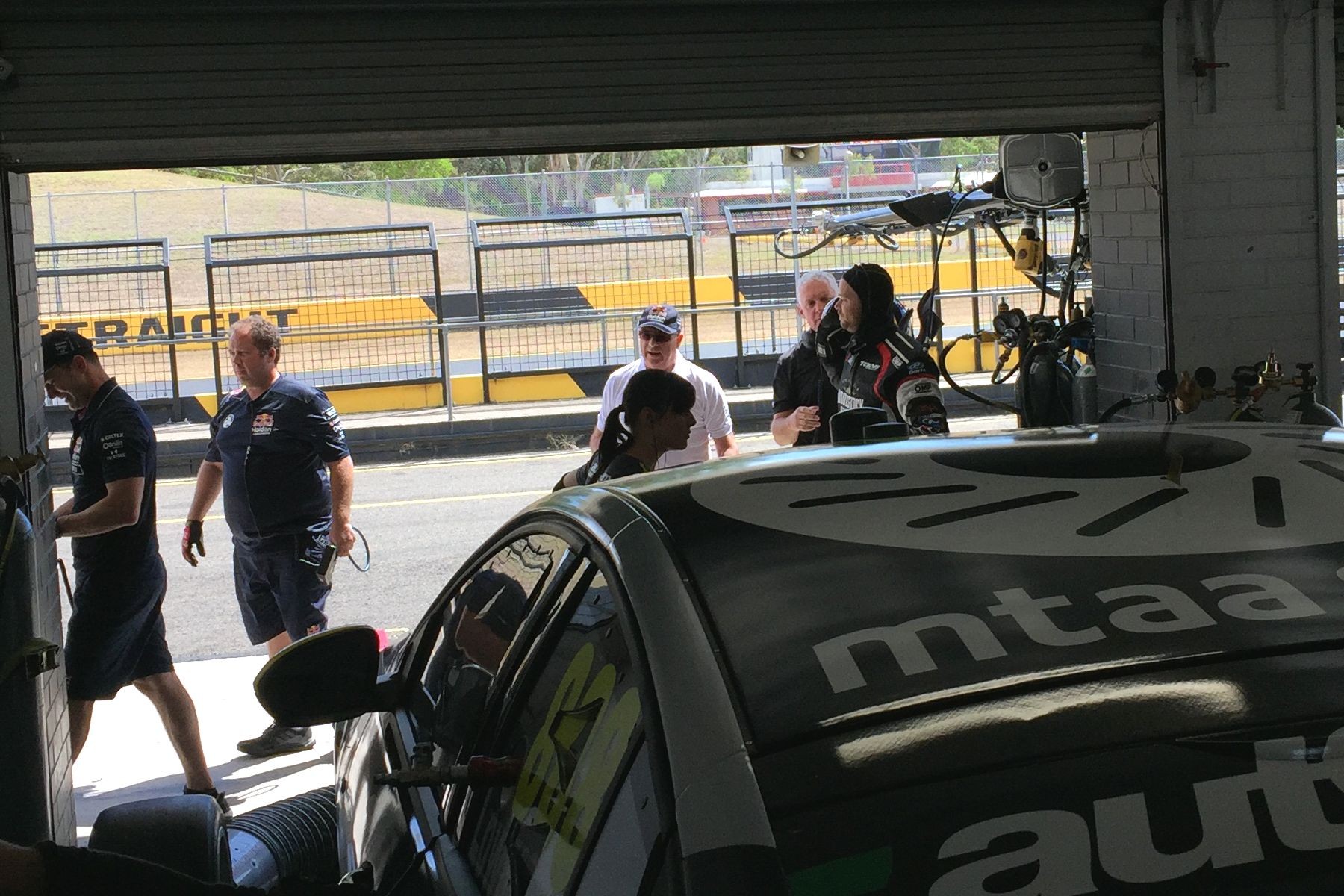 Understood to have been enraged by minor contact between the two Holdens on the front straight, Webb confronted the Kiwi when the Red Bull entry returned to pitlane.

Amid a flurry of yelling, the Tekno Autosports owner and co-driver grabbed van Gisbergen by the race suit before crew members intervened.

Tekno manager Adrian Burgess was among those attempting to defuse the situation, while Triple Eight owner Roland Dane was also quickly on the scene.

Van Gisbergen returned to the track a short time later while, after a brief chat with his team, Webb retreated to the Tekno transporter.

After emerging from the truck, Webb downplayed the incident when approached by Supercars.com.

“I don’t know what happened out there, you’d have to ask Shane,” said Webb.

Dane told Supercars.com that no comment would be forthcoming from his team or driver.

The incident occurred two hours into the all-day test, with Webb having had a short run in the Tekno entry between stints for primary driver Jack Le Brocq.

Tekno is a long-time customer of Triple Eight, with much of the single-car squad’s crew spending recent weeks in the Red Bull workshop completing the build of their new Holden.

Van Gisbergen raced with Tekno for three seasons before joining Red Bull in 2016, with the pair driving together in the PIRTEK Enduro Cup during two of those years.