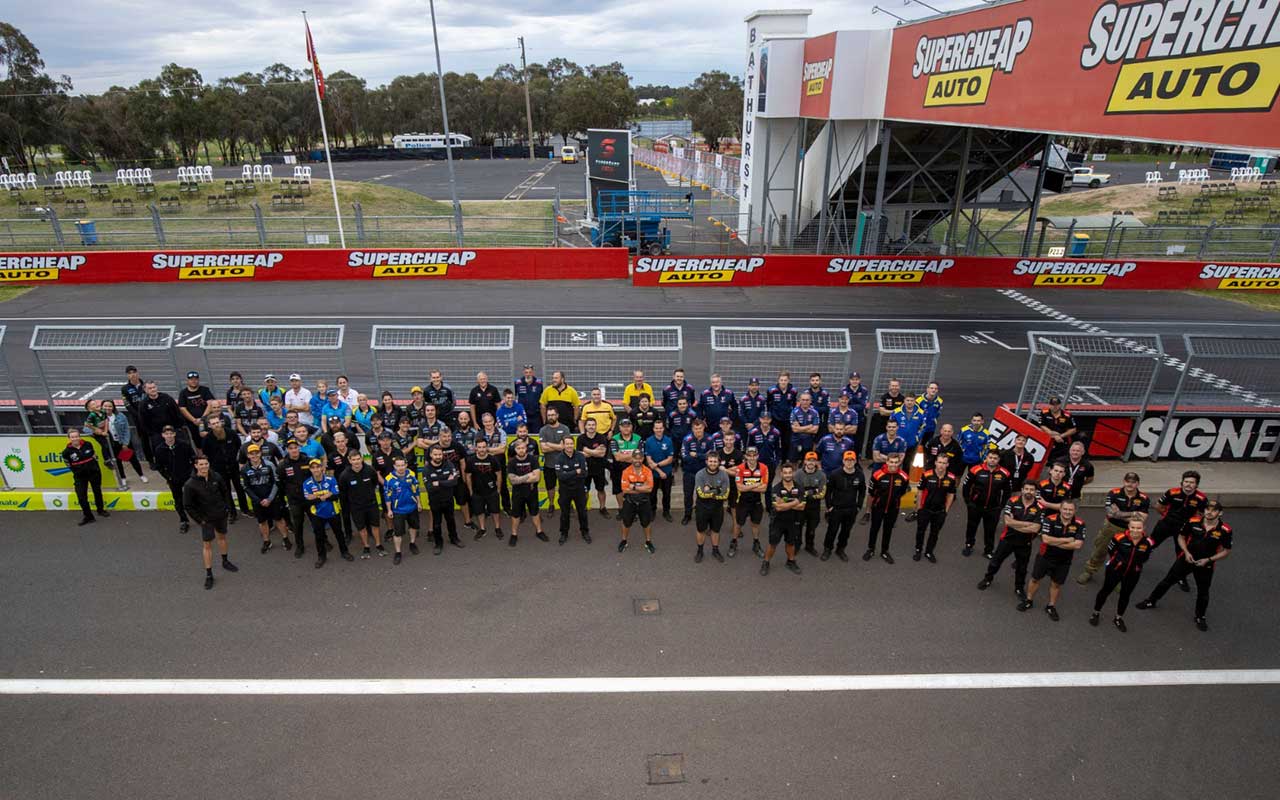 Melbourne-based members of the Supercars pitlane have gathered to mark the end of a season-saving road trip stretching beyond 100 days.

The teams scrambled to get across the Victoria/New South Wales border before its sudden closure, at that point with no firm indication of when they’d return home.

A second consecutive event at Sydney Motorsport Park followed, before double-headers in Darwin, Townsville and South Australia’s Tailem Bend, and then today’s season-finale at Bathurst. 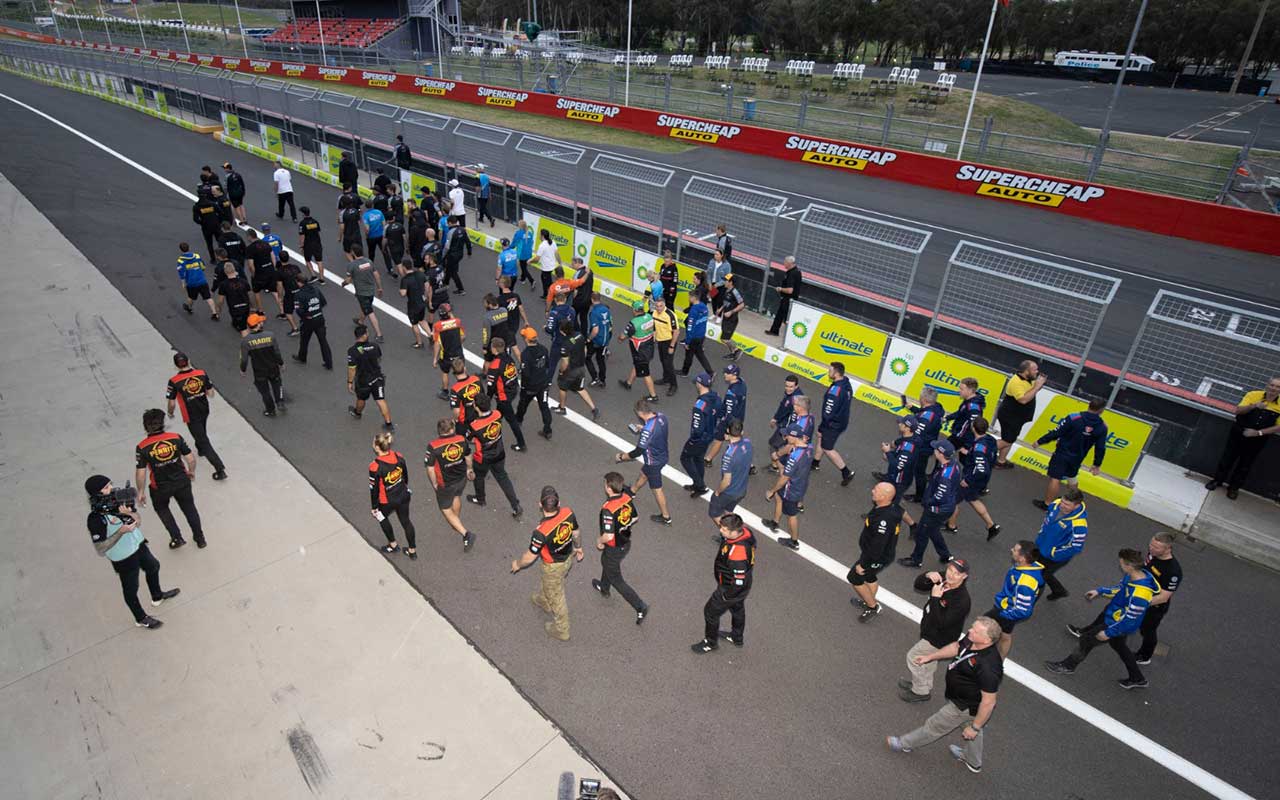 While the travel has made for a long period away from family and friends, Tickford Racing’s Bathurst polesitter Cameron Waters credited the unprecedented journey with helping gel the four-car outfit.

“Everyone is tired, but this whole period has bought us all together and it’s probably the best we’ve been working together ever,” said Waters after scoring pole for the Great Race.

“Through that whole period, it could have gone two ways, everyone could have hated each other or it’s bought us all closer so it’s very good for that to happen.

“I think that’s helped Tickford move forward as a team and get a little bit more pace out of these cars.”

The 2020 Supercheap Auto Bathurst 1000 will kickoff at 11:00am local time, with wet weather forecast for throughout the day.