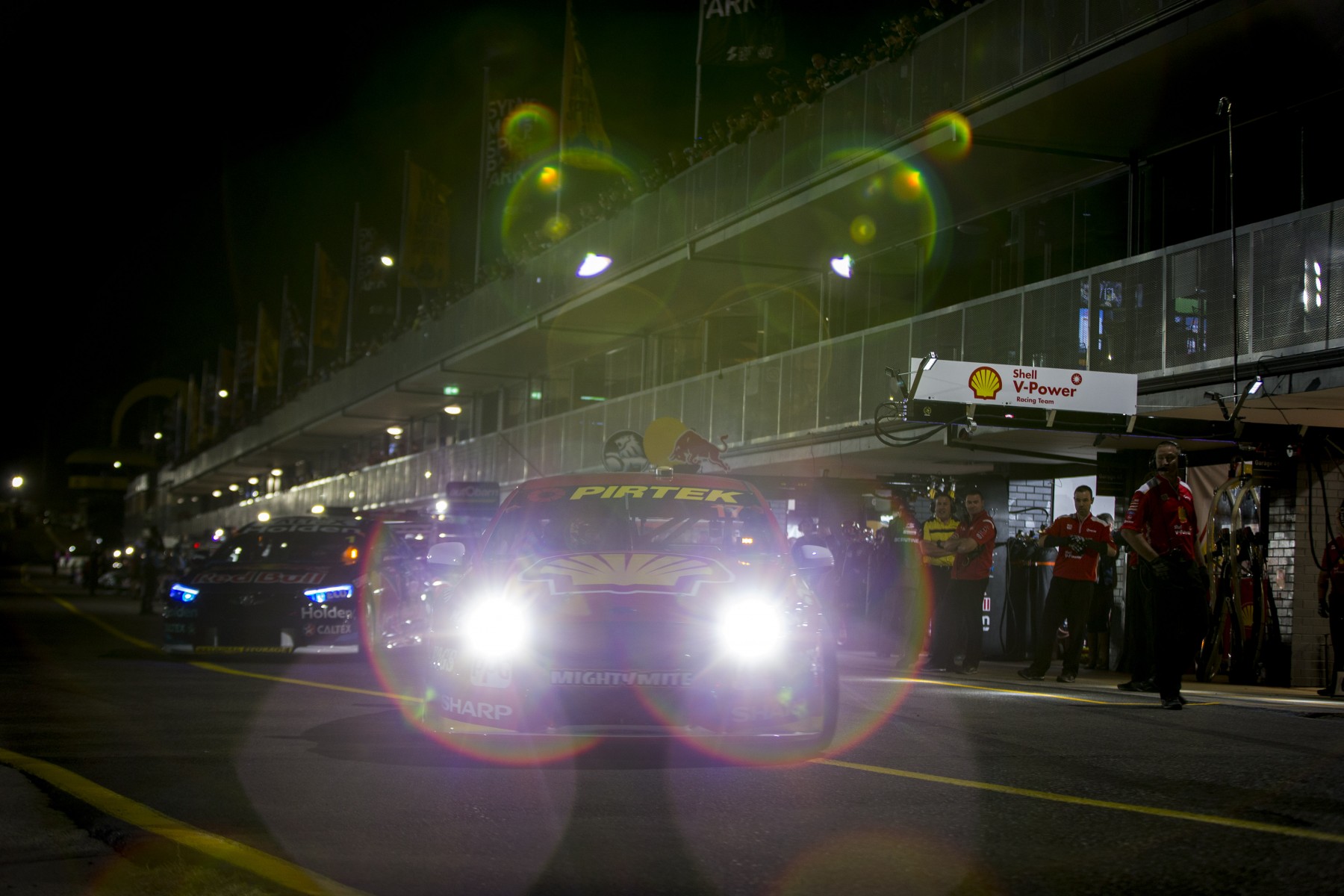 Supercars has confirmed to teams this morning that the orange super-soft tyre lights located in the windscreen and side windows will be used as a fail-safe.

The orange lights are normally compulsory when the super-soft tyres are on, but will now only be used if both headlights are non-operational. 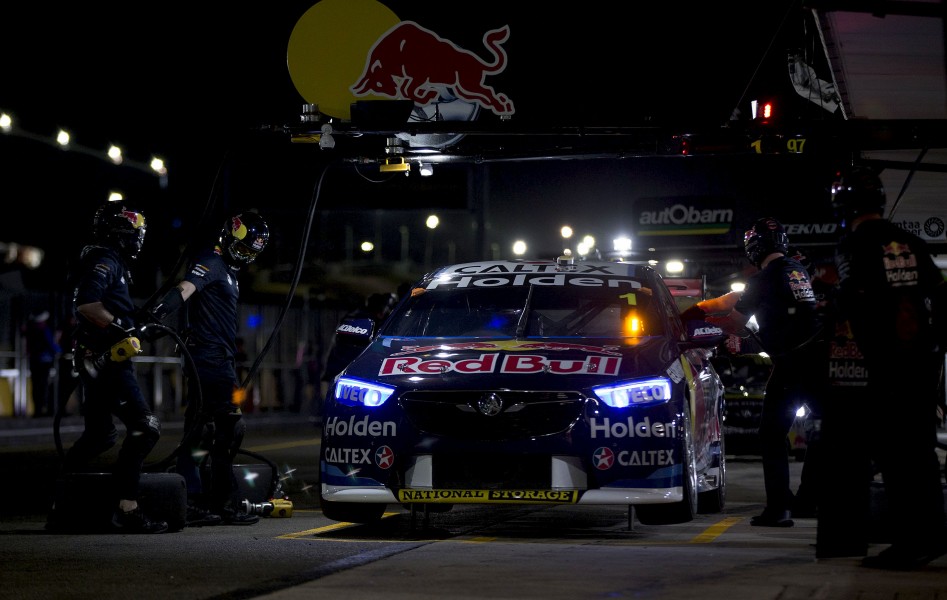 The orange lights will be used as a fail-safe

“The race director is happy for the car to continue if the headlights are broken, as long as the orange lights are on,” Supercars’ sporting and technical director David Stuart told Supercars.com.

“Then there’s three points of reference on the car, one on either side and one in the windscreen.

“Should the car be facing the wrong direction, an oncoming car can still see there’s a car there via the orange lights.

“If there’s no headlights and no orange lights, the teams have to come into pitlane and fix one or the other.”

Minor changes have, meanwhile, been made to the trackside lighting to improve visibility for the drivers.

The tweaks have occurred to throw more light on the Turn 1 apex, the run between Turns 5 and 6 and the pitlane entry. 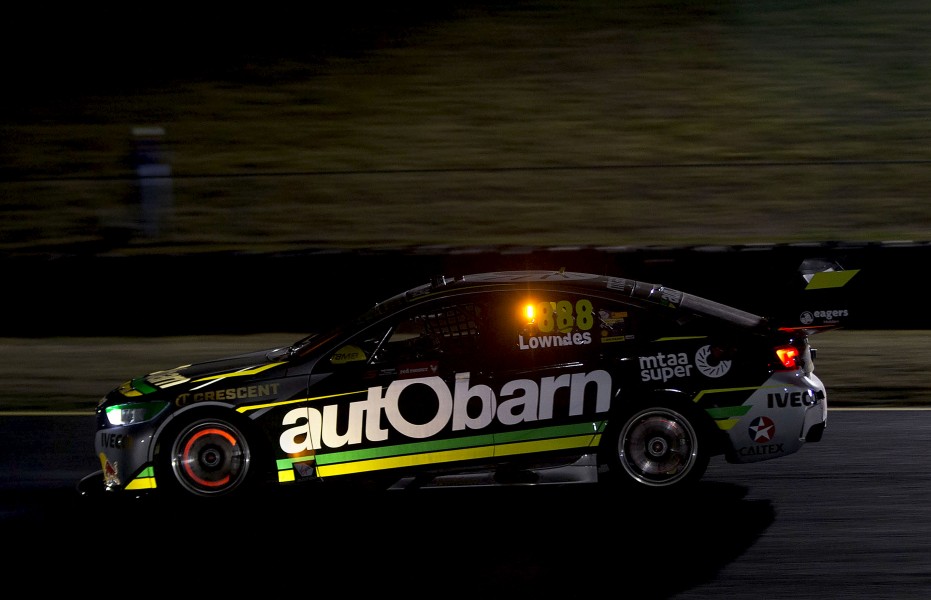 The orange lights are also on the side windows

Drivers had commented following Friday night practice that the track lighting was such that the headlights were only being used to reference the position of other cars.

“They’re not effective anyway. They are like two candles,” noted Mark Winterbottom, who was third-fastest in the session.

“If they (the headlights) go out, the only thing is you won’t see [other drivers] behind you if they're trying to make a move.

"You’d be like the stealth bomber coming down the inside with no lights.”

Teams were told not to increase the strength of their headlights for the SuperNight event to ensure they did not cause excessive glare for rivals and television cameras. 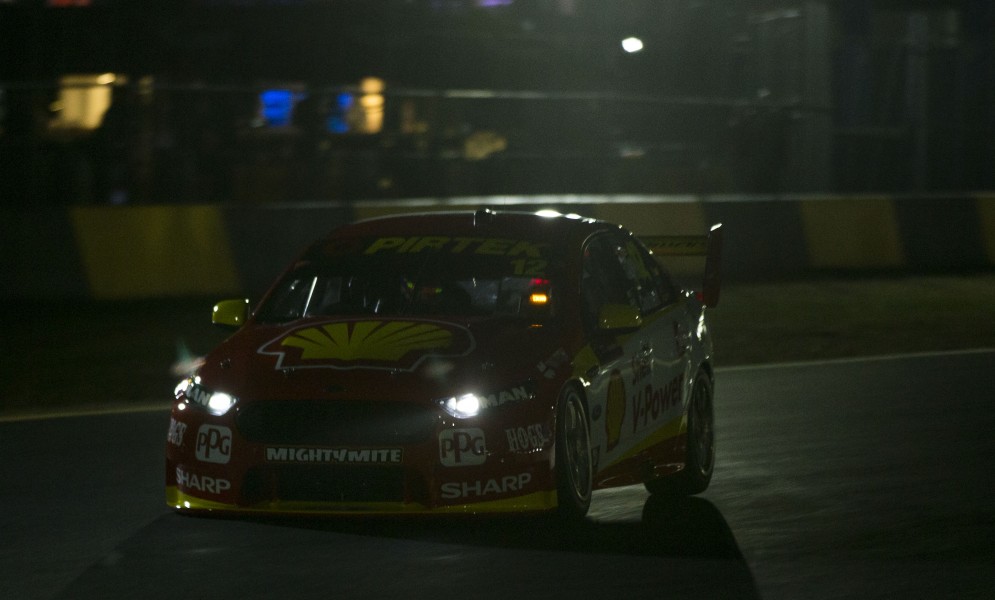 Teams were told not to increase the strength of their headlights

Stuart says, however, that more work needs to be done to improve the durability of the lights, which are typically a small LED cluster behind a Perspex cover.

“The key thing for us, if we’re going to have more [night] races, is that Supercars and the teams need to look at improving the headlight durability,” said Stuart.

“As the cars have evolved and the headlights have been moulded into the front splitter, it provides a different scenario for a night race.

“We’ll work with teams to improve that moving forwards.”