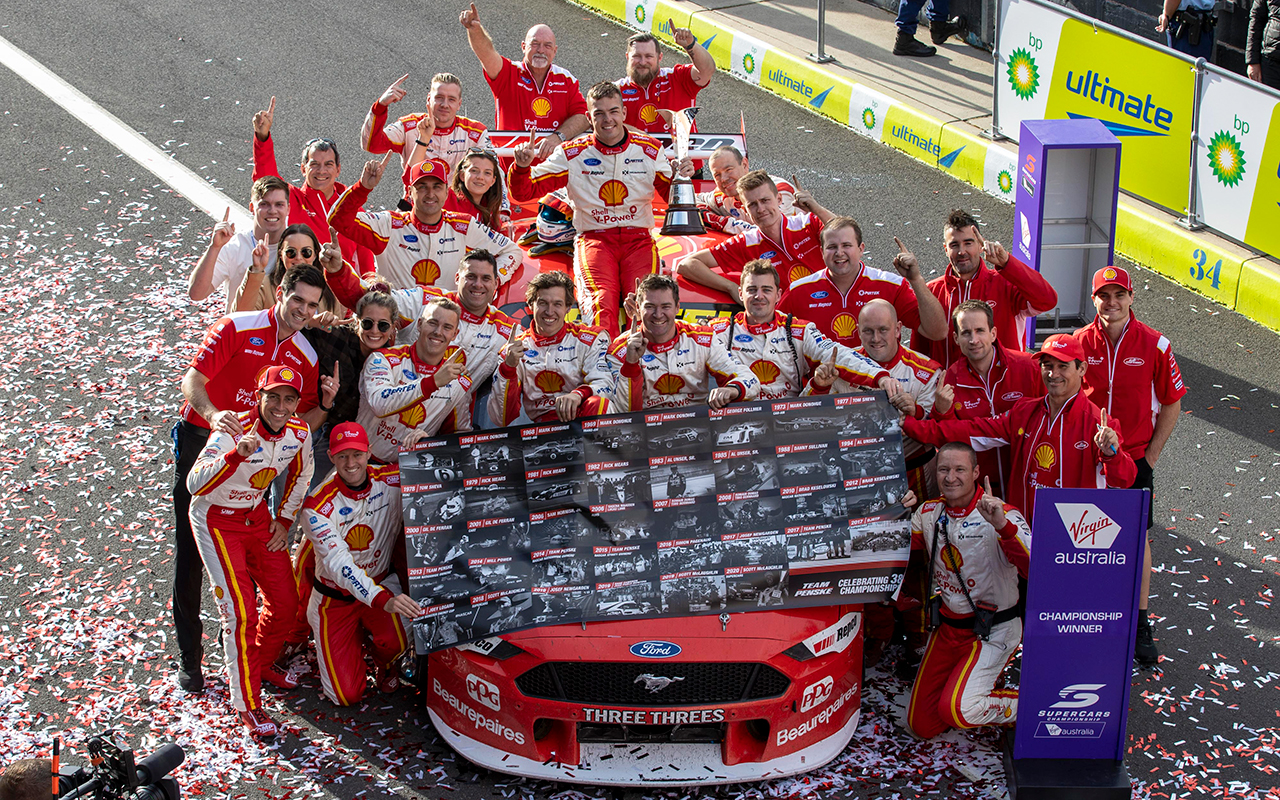 Team Penske has announced this morning it is leaving Supercars after six largely successful years in the category.

The team will revert to being named Dick Johnson Racing, which confirmed its plans for next season following today’s announcement by Team Penske that it would not return for the 2021 Supercars season.

Three-time Supercars Champion Scott McLaughlin will also depart Supercars and make a full-time switch to IndyCar in the United States.

DJR, run by Dick Johnson and Ryan Story, will continue to field two Ford Mustangs in the wake of Roger Penske’s decision to depart with a new driver line-up to be announced in coming weeks.

Roger Penske said his company's withdrawal is a result of the COVID-19 pandemic.

“We have enjoyed an incredible six seasons competing in the Supercars series with DJR Team Penske,” said Penske.

“Partnering with Dick Johnson and Ryan Story to form DJR Team Penske was an incredible experience that produced success on the track and in the boardroom.

"We have built so many lasting partnerships and friendships, and competing in Supercars has certainly helped strengthen our brand and our business in Australia and New Zealand.

“Unfortunately, with the challenges we have faced in 2020 as a result of the COVID-19 pandemic, we have had to readjust our business initiatives for 2021 and beyond.

“We want to thank Dick Johnson, Ryan Story, Fabian Coulthard and all of our team members for their hard work and dedication as we reestablished a championship organisation together over the last six years.

“I know that Dick, Ryan and the team will continue to build on that success moving forward.”

As Team Penske transitions away from Supercars racing, Dick Johnson Racing will return to Supercars for its 41st season.

“As we enter the next chapter at DJR, we look forward to what lies ahead for our team,” said team founder Dick Johnson.

“It has been an honour to partner with Roger Penske and everyone from Team Penske over these last six seasons, but we understand the challenges that everyone has faced worldwide in 2020 due to the COVID-19 pandemic.

“We’re thankful that we were able to conclude our partnership with our third driver and team championships together this season.”