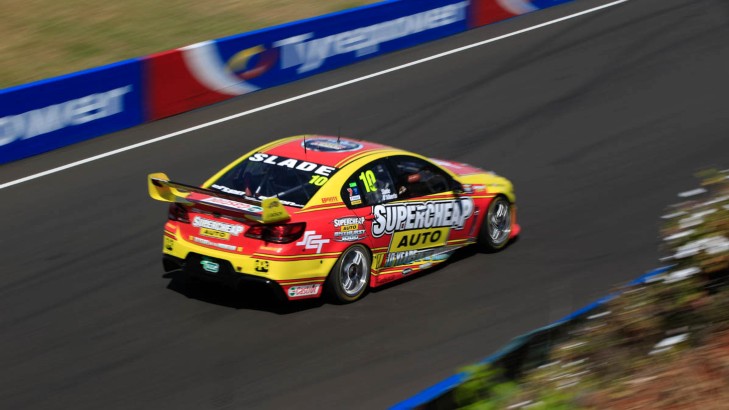 Australian retail brand Supercheap Auto has announced a one-year extension to its partnership agreement with V8 Supercar-powerhouse Walkinshaw Racing - on race day at the iconic Bathurst 1000.

The partnership, which has been in effect since 2012, will see Supercheap Auto Racing on the grid at least until the end of 2015.

The announcement was made at Mount Panorama to coincide with Supercheap Auto's milestone celebrations of 10 Years on the Mountain as title sponsor of the Bathurst 1000, Australia's Great Race.

Next season will mark the automotive retail giant's 18th consecutive year as a V8 Supercars' team naming rights sponsor - the second longest in the sport - its 11th with Holden, and fourth with Walkinshaw Racing.

Supercheap Auto Managing Director Chris Wilesmith said that he was proud to continue the brand's strong association with Walkinshaw Racing.

"Supercheap Auto represents value for money and technical excellence, and our partnership with Walkinshaw Racing reflects that," Wilesmith said.

"Together, we've achieved plenty of strong results, both on and off-track, and we are excited to continue this into 2015.

"There's certainly no better place to announce a partnership extension than here at Bathurst's Mt Panorama, where we're celebrating 10 Years on the Mountain as title sponsor of Australia's Great Race."

"We will continue to push hard in the remaining events this season, and will then focus our efforts on an even stronger 2015."

Whincup: a miracle if we finish