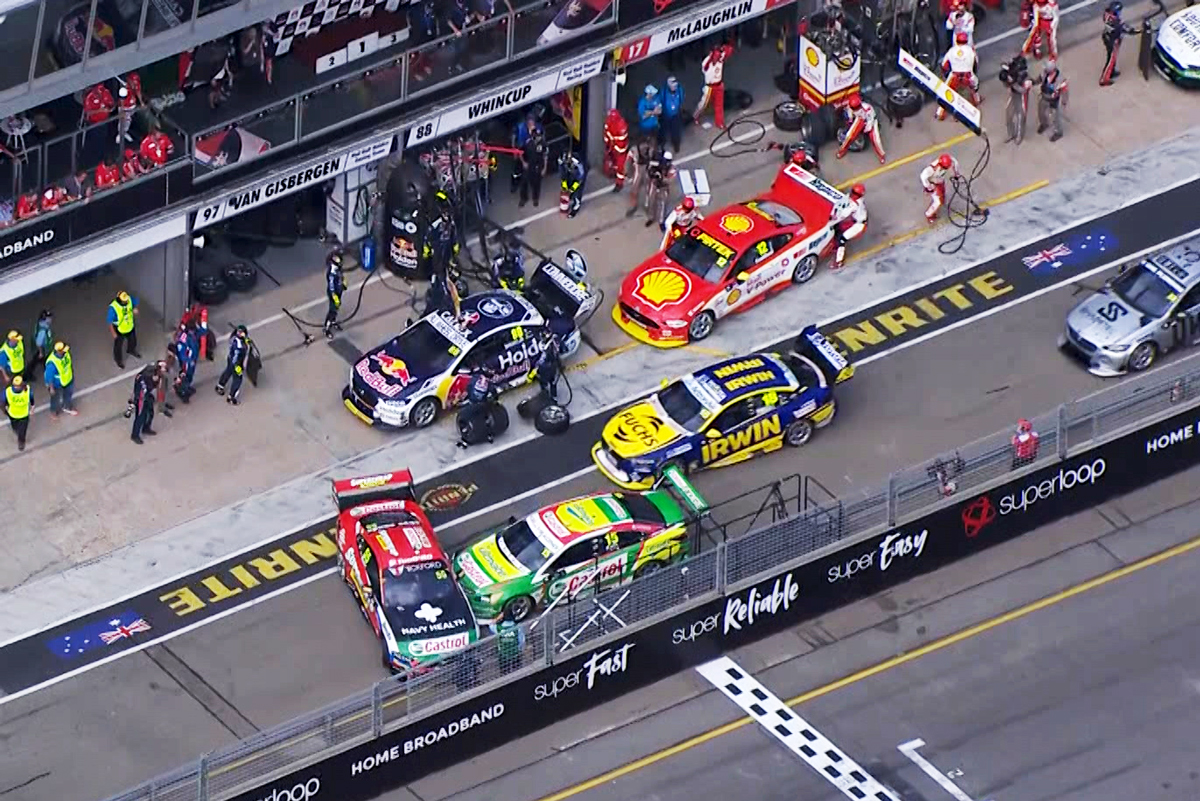 Supercars will close pitlane during Safety Car periods at the WD-40 Phillip Island SuperSprint in April, in a bid to ease pitstop congestion.

The trial was agreed by the Supercars Commission last December, with Phillip Island chosen due to its tight pitlane.

News of the planned trial has emerged following a spectacular incident during the Superloop Adelaide 500.

A Vodafone Safety Car period in the Sunday race triggered a flurry of pitstops, during which Chaz Mostert and Rick Kelly collided, spinning the Supercheap Ford in pitlane.

Pitlane congestion has been a long-debated topic in Supercars, where each pitbay is shared by two cars.

Under Safety Car conditions, it’s often more beneficial to ‘stack’ the second car than keep it out on track, leaving cars to queue awkwardly as they wait for service.

However, closing pitlane under a Safety Car period provides a major advantage to anyone who happens to have pitted before the yellows are called.

That can lead to converging strategies, where teams all pit as soon as possible to mitigate the risk of a Safety Car intervention.

International categories such as IndyCar and NASCAR currently use the rule, while it has previously been seen in Formula 1 and Supercars, during the Adelaide 500’s early days.

“It’ll change the strategy, it’ll make people think differently, and obviously we need to make sure it’s a safe working place as well,” he said.

“Fortunately it’s very rare an incident like that happens, but even just a normal pitlane, when you’re trying to squeeze 24 cars into it, it’s a challenging environment.

“We’ve got to do the right thing and explore what options there are for making it safer.” 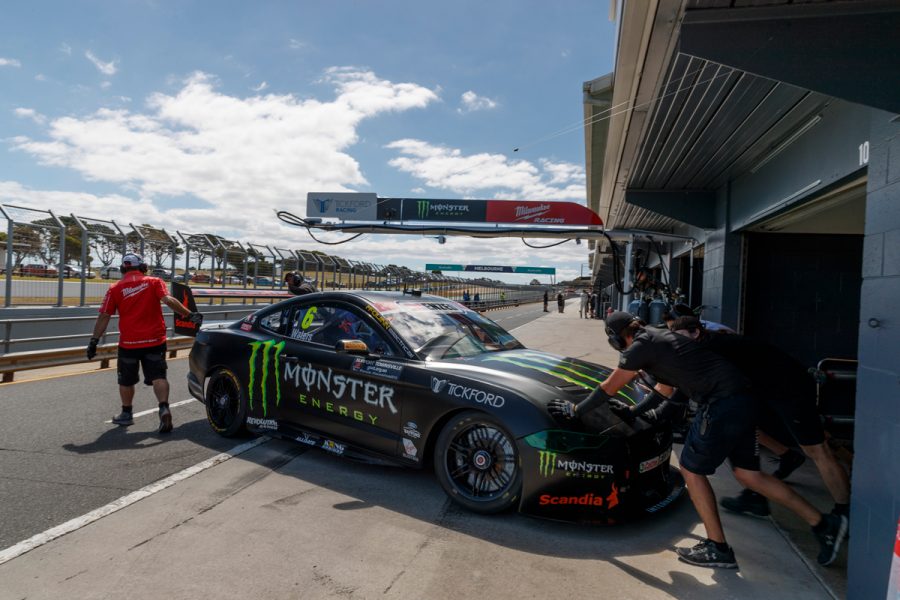 Although the trial will only be effective if a Safety Car is required at Phillip Island, the Victorian venue is seen as ideal for the purpose.

Edwards stresses the need for safety, but admits he’s in two minds about whether closing pitlane is the right solution.

The Mostert/Kelly collision proved one of the biggest talking points of the Adelaide weekend and drew a big cheer from the crowd on the pit straight.

“I’m in two schools of thought,” he said.

“Yes, it’s dangerous, yes, there’s always incidents [with double-stacking], but for some of the people that watch our sport it’s also entertaining, it adds to the spectacle.

“You know, there was a car turning sideways in the pitlane and all that; it is part of the spectacle.

“You’ve got to remember we are in show-business so you’ve got to be a bit careful sanitising it too much.”