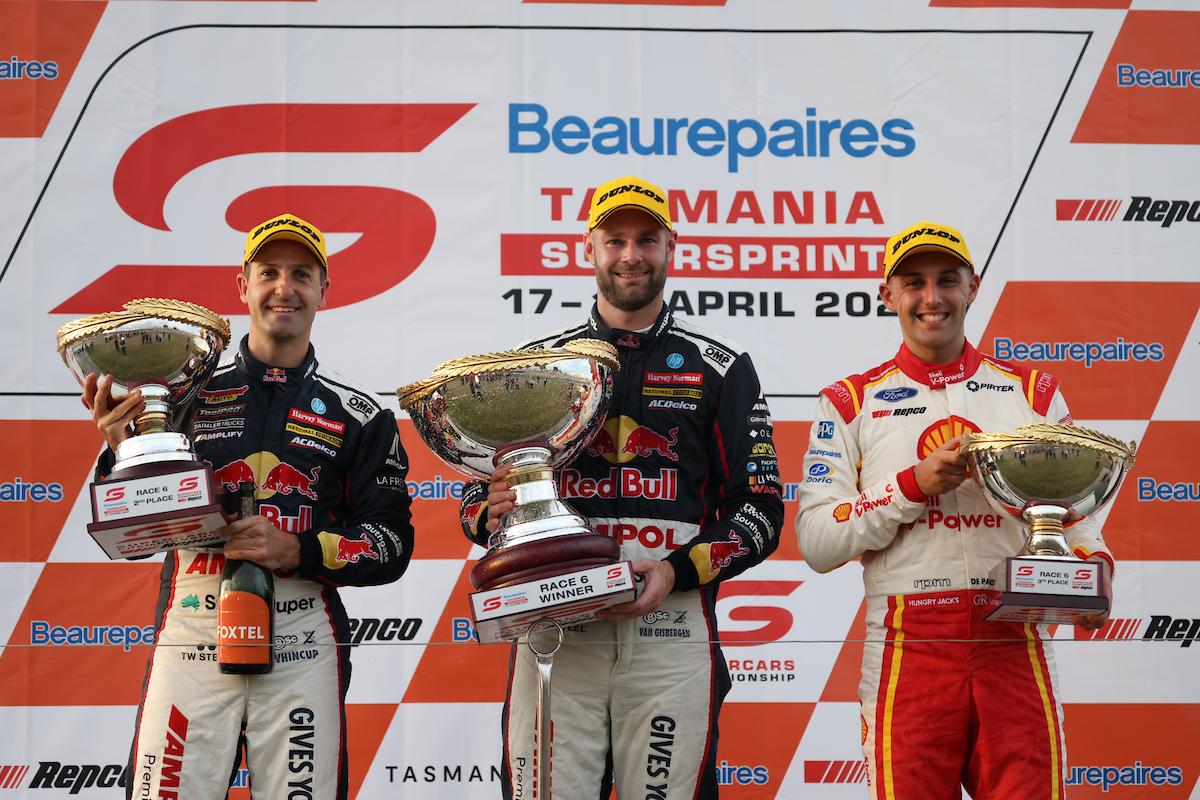 The first 44-lap sprint of the Beaurepaires Tasmania SuperSprint uncovered a number of key storylines.

Notably, Shane van Gisbergen claimed another win to extend his winning streak in 2021 to six.

Just two other drivers have won six races to start a season: Allan Moffat in 1977, and Mark Skaife in 1994.

It was van Gisbergen’s 46th career win, bringing him within striking distance of Peter Brock’s marker of 48 wins. 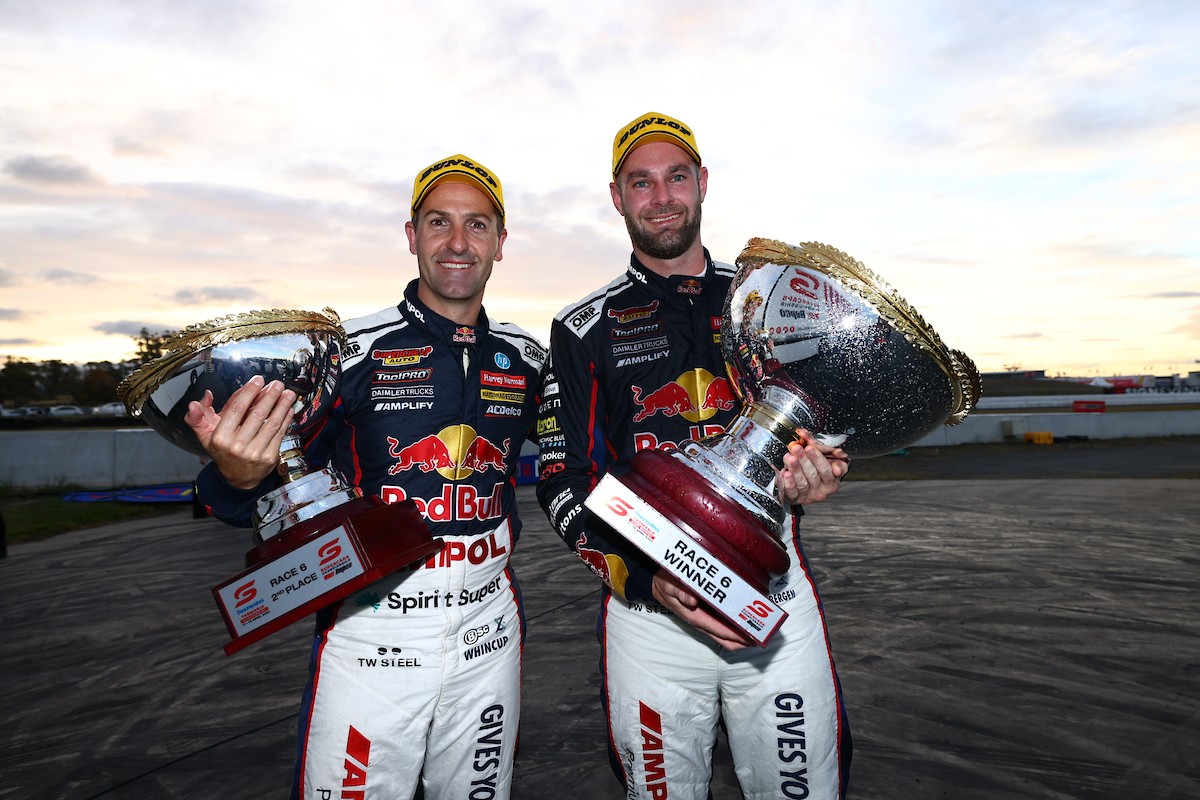 Anton De Pasquale scored a maiden podium for the Shell V-Power Racing Team. It was his sixth career podium.

Mark Winterbottom, who finished seventh, extended his run of finishes at Symmons Plains to 41.

The day also featured a career-best qualifying result for Matt Stone Racing’s Jake Kostecki, who benefited from a grid penalty for Brad Jones Racing’s Jack Smith to line up 11th.

BJR driver Todd Hazelwood impressed in his 100th career race, rising 10 spots from 24th to finish 14th. Unsurprisingly, he was the biggest mover in the field.

Van Gisbergen will take an extended 153-point lead over Whincup into Sunday, which will feature two 44-lap races.

Cars will return on Sunday for Race 7 qualifying at 10:45am AEST.