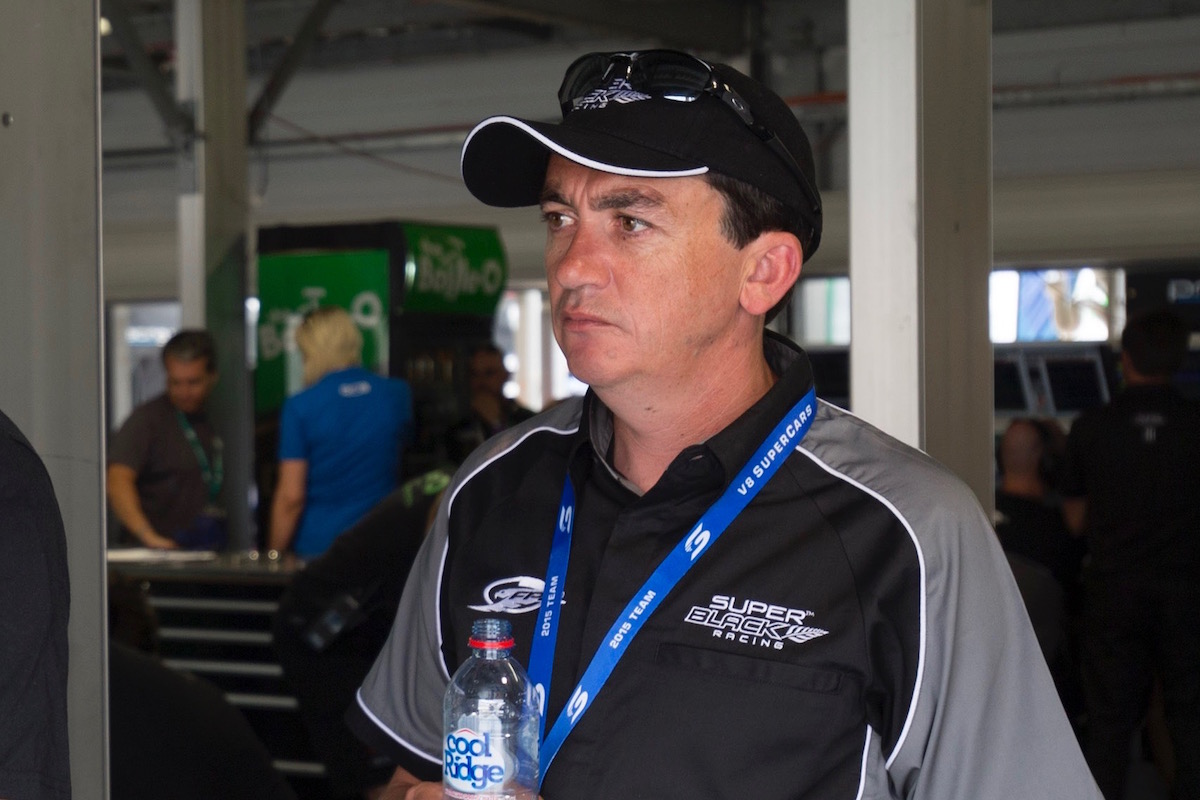 Super Black Racing owner Tony Lentino has passed away today at his home in Wellsford, New Zealand following a 15-month battle with cancer.

Lentino was the driving force behind the creation of the all-Kiwi Supercars team which has competed full-time in the Virgin Australia Supercars Championship for the last two seasons after making a wildcard debut at Bathurst in 2014.

Chris Pither currently drives for the team and earned his and the team’s first ever ARMOR ALL Pole Position on the weekend in Queensland.

“It is with great sadness we confirm the passing of our owner and founder Tony Lentino,” Hahn said.

“Tony had a dream and took us all on the journey with him. He always wanted for a pole and a top ten finish and this weekend he got to see it. He will be deeply missed by the team.

“He passed away surrounded by his family at his beloved home of Wellsford north of Auckland following a relatively short but spirited battle with cancer which he fought with all the energy he poured into everything he did.”

“My family and I are deeply saddened by Tony’s passing and our focus is on Emily and her daughters and supporting them in whatever way possible,” French said.

“I met Tony by chance when he installed my first ever computer in my business two decades ago and while I didn’t know it at the time, a very strong friendship grew out of what was a simple business transaction.

“He and I shared many common interests and passions and my family and I are richer for having known him as well as we did.”

Team Principal and CEO Tim Edwards also paid tribute to Lentino, to be remembered as a big supporter of New Zealand’s next generation of racing drivers.

“On behalf of everyone at Prodrive Racing we pass on our sincerest sympathies to Tony’s wife Emily, his two young daughters and their family and friends following his passing,” Edwards said.

“First and foremost Tony will be remembered as an extremely passionate man who loved racing, loved giving the little guy a chance and most of all, liked taking it to the Aussies on and off the track.

“While he only came to the sport relatively late, he was adamant the team represent New Zealand in everything it did and that national pride is what has seen the team attract such a strong following on both sides of the Tasman.

“We will keep the Super Black Racing flag flying and will race on in dedication to Tony and the team he created.”

Prodrive Racing will continue to run Super Black Racing’s #111 entry as per Lentino’s wishes and does so with the support of his wife and family.

Supercars CEO James Warburton added: "On behalf of Supercars I want to pass on our condolences to Tony Lentino's family and friends during this sad time.

"Tony will be remembered for his passion and commitment in forming the Super Black team with the assistance of Prodrive Australia. A lot of his hard work and vision is now coming to fruition as we saw with its first pole by Chris Pither at Ipswich last weekend."

Kostecki puts his hand up