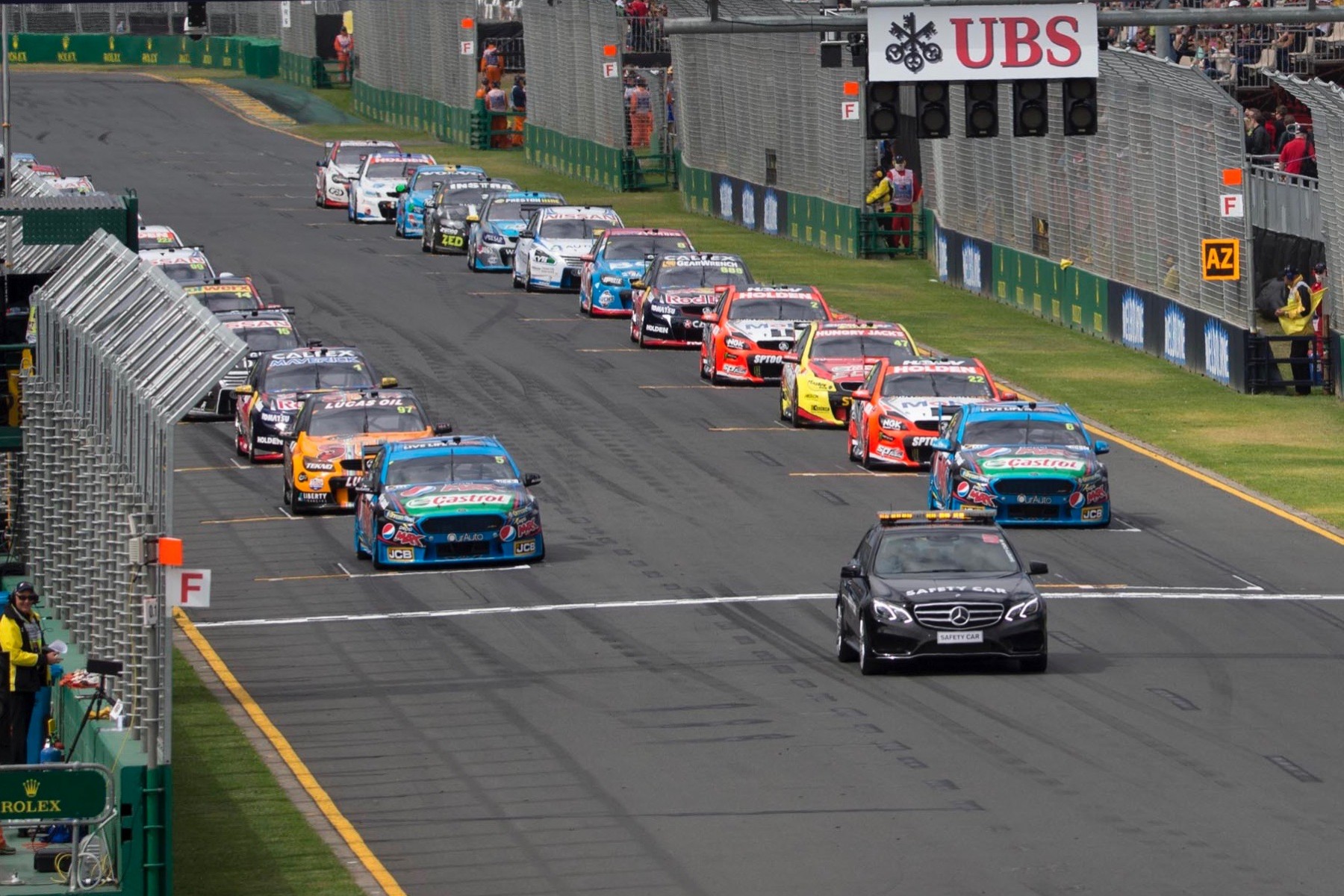 V8 Supercars has changed the start procedure for racing at Albert Park this weekend.

The four sprint races begin with a rolling start, exclusive to this event.

The cars grid up and follow the Safety Car around the circuit before bunching up into 2x2 formation for the rolling start.

Last year, the car on pole position controlled the jump by accelerating away from the field.

This time, the race will start once the red light extinguishes.

V8 Supercars has taken on-board comments from drivers at the drivers briefing in order to simplify and improve the racing.

Last year’s final race was marred by a multi-car crash off the start-line when cars back in the pack jumped before the leaders.

Red Bull Racing Australia’s Jamie Whincup starts on Pole Position for this afternoon’s first race, with Mark Winterbottom to start alongside him in 2x2 formation.

Whincup and third placed qualifier Fabian Coulthard were in favour of a change speaking in yesterday’s press conference.

"We'd all prefer the light to go out.. When you're down the back it's hard to know when the leader has gone" @FabianCoulthard on the starts

"Even though I'm in a good position as the leader, I'm all for having the light dictate the start" @jamiewhincup on the rolling starts #V8SC