Slade and team-mate Nick Percat have received brand-new BJR chassis for the start of the 2018 season, and completed shakedowns with their ZB Commodores at Phillip Island on Tuesday.

The South Australian stays in Freightliner colours for his third season with BJR, but his Commodore gets a new look following primarily-red and -white schemes.

That is part of Freightliner’s sister Daimler Truck and Bus Australia company Alliance Truck Parts upping its involvement as part of a fresh, two-year deal. 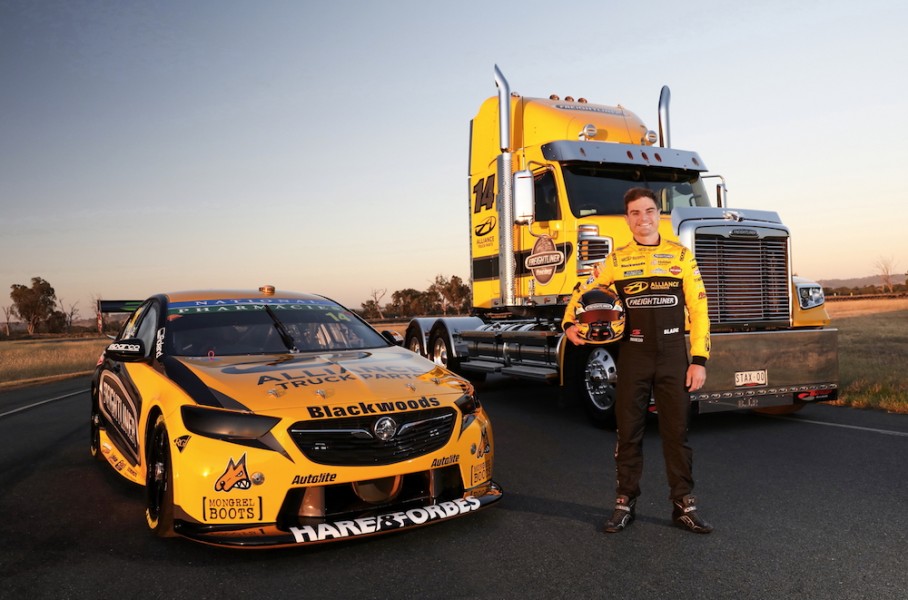 “The Freightliner Racing Commodore will be pretty bold on track this year,” Slade said.

“We did a one-off black-and-yellow livery for Alliance Truck Parts at Townsville in ‘16, and Nick was in similar colours for Freightliner at Winton last year.

“The 2018 design is simple, and with the bright Alliance Truck Parts yellow being front and centre, you won’t mistake us for anyone else.

“It’s been great working with the team at Freightliner and Alliance Truck Parts, so it was an easy decision to keep the partnership going."

Slade led the way for BJR in the 2017 standings in 11th place, but the Holden team went winless for the first time since the current technical platform was introduced in ’13. 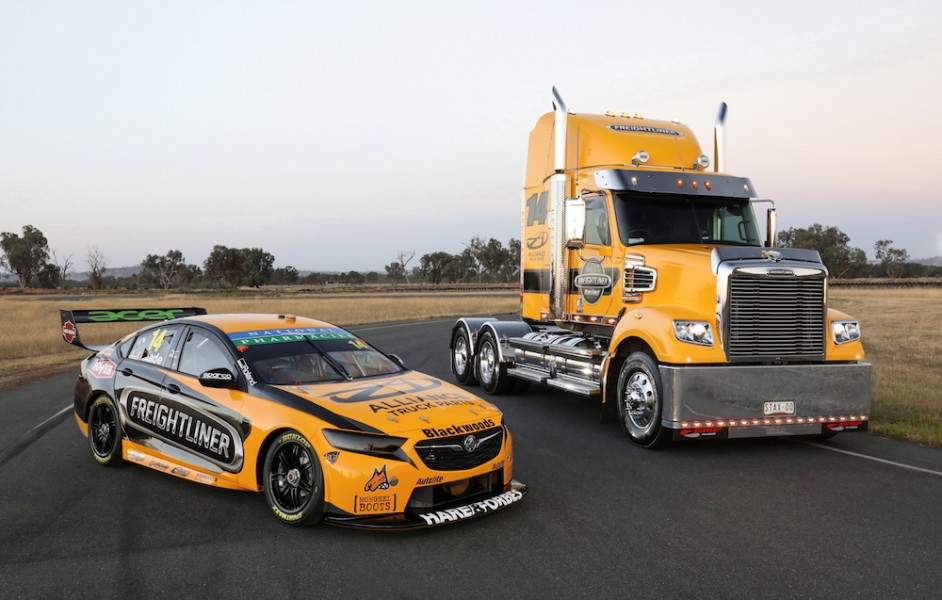 It has opted to change engine suppliers, moving from long-time provider Noonan Race Engines to the KRE powerplants used by Triple Eight.

“We gained some good momentum in the final rounds of 2017 and the couple of podium finishes saw us collect a couple of surfboards, trophies and spray some champagne, which is always a good time,” Slade added.

“With a new shape and new engine package for 2018, we’re ready to move forward and want to hit the ground running in Adelaide.

“As always, the boys have done a ripper job on the new car build so I’m excited to get into the season ahead.”

Percat will start the season in Adelaide with Blackwoods colours on his Commodore, while an evolution of Tim Blanchard’s CoolDrive Racing livery is expected on the chassis introduced at Bathurst.

All three BJR Commodores will next take to the track on Friday at Sydney Motorsport Park, in Supercars’ pre-season test.