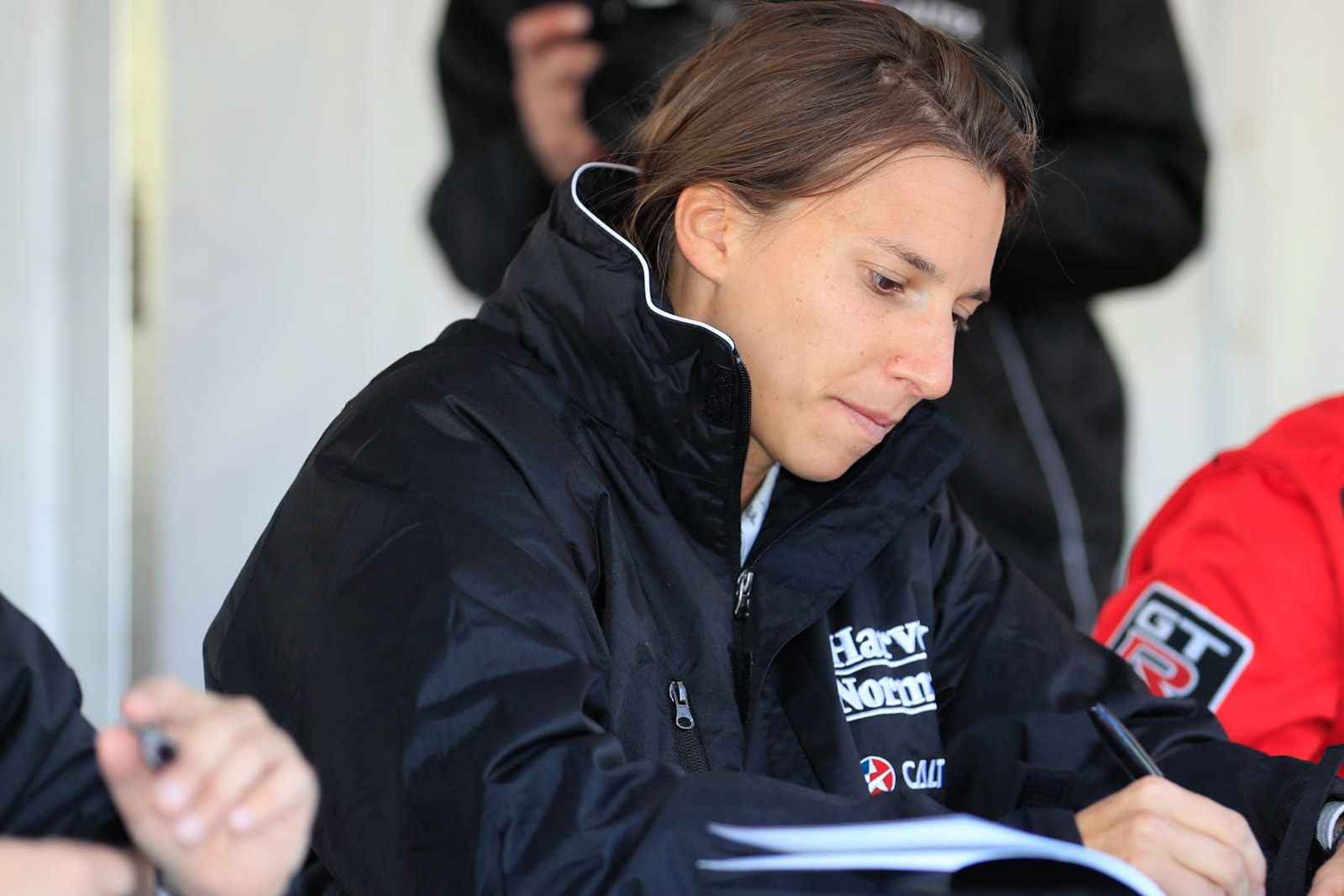 Simona De Silvestro admits limited opportunities to drive the Nissan Altima Supercar make every lap behind the wheel crucial ahead of her maiden season.

The Nissan driver completed her rookie test day on Thursday and will take part in the all-in tyre test at Sydney Motorsport Park on February 21.

But with limited additional opportunities to get behind the wheel before the season begins, the Swiss driver says maximising the days is crucial for what she calls the biggest challenge of her career.

Fellow international drivers Alexandre Premat and Maro Engel arrived in Supercars in 2012 and 2013 respectively with accomplished racing resumes but struggled to adapt to the series at first, finishing 27th and 28th out of 28 in each of their maiden campaigns.

While De Silvestro has two Supercheap Auto Bathurst 1000 starts and some test days under her belt, she admits time in the Altima is crucial for the rookie season.

“I think any day I get to drive the car is the most important,” she told Supercars.com.

“Unfortunately, there is not many test days, so for me every time I get in the car is important.

"It’s also important to not waste a day, so I can gather as much information as I can to go back to the race shop and look at the data and understand.

"That’s the key to it. There’s not many days so you have to make the most out of it.”

De Silvestro admits her testing program is focussed on adapting her driving, rather than developing the Altima in its fifth season.

“It’s always good to get back in the car after a while because the last time I drove was at Bathurst,” she added.

“So it was really good to be back and get working on some things already, my driving style and all that. It felt pretty good and the day went pretty well.

“There’s a lot of things I have to change in my driving style a little bit and that was my main focus, trying it out without the pressure of any lap time or anything.

"I was the only car out there so I could really take my time and try a few different things through the corner and I think that was the key thing about it.

“The guys have been running these cars for a while, and I’ve only had a few days in these type of cars. There’s so much to learn and to adapt from what I do.

"I grew up in open-wheelers and throughout the years I grew my driving style and started to understand what I needed in a race car to be fast.

"Now it feels a little bit like I’m starting from scratch. First I have to find the way I drive this car. Only then can I start working on the details, the small things.”

05/02/2017
Stay In The Know
Sign up to the Virgin Australia Supercars Championship Newsletter
We use cookies to ensure that we give you the best experience on our website. If you continue to use this site we will assume that you are happy with it.Ok