The Supercars season is on hold until June due to the COVID-19 pandemic.

As announced on Wednesday, events in Tasmania, Auckland and Perth will be postponed until later in the season, with an all-star Eseries stepping into the breach.

The unprecedented circumstances have generated plenty of questions from fans, which Supercars.com put to CEO Sean Seamer.

Watch the video above for the full 20 questions.

If you already have a ticket for the postponed rounds, will they still be valid?

If you’ve already got a ticket to an existing round that’s been postponed you can hold onto that ticket for when the event is rescheduled or request a full refund.

Why can’t races go ahead without any spectators at the track?

We did go through a very detailed process of considering to run the three postponed events as TV-only events.

Two reasons we decided not to do it, the first is that government restrictions are changing on a daily basis.

We weren’t going to be able to get into New Zealand anyway. We anticipated that Tasmania might go to stricter travel requirements which they have now put in place.

So with Auckland and Tasmania both having those plans imposed upon them, we felt that was going to get taken out of our hands anyway.

Furthermore, we’ve got quite a lot of staff in confined space in pitlane.

When you layer in the teams, TV production requirements, volunteers, security, we start to quickly get over that 500 number and it was a risk that we didn’t want to take.

When trying to slot in postponed rounds, will the remainder of the calendar keep the same dates?

Yes, that’s exactly the plan. We’re looking to postpone the existing rounds with minimal disruption to any other activity that we already had planned.

Our ambition is to minimise any interruption to those key events and not move those dates.

You can expect an updated calendar in a couple of weeks. 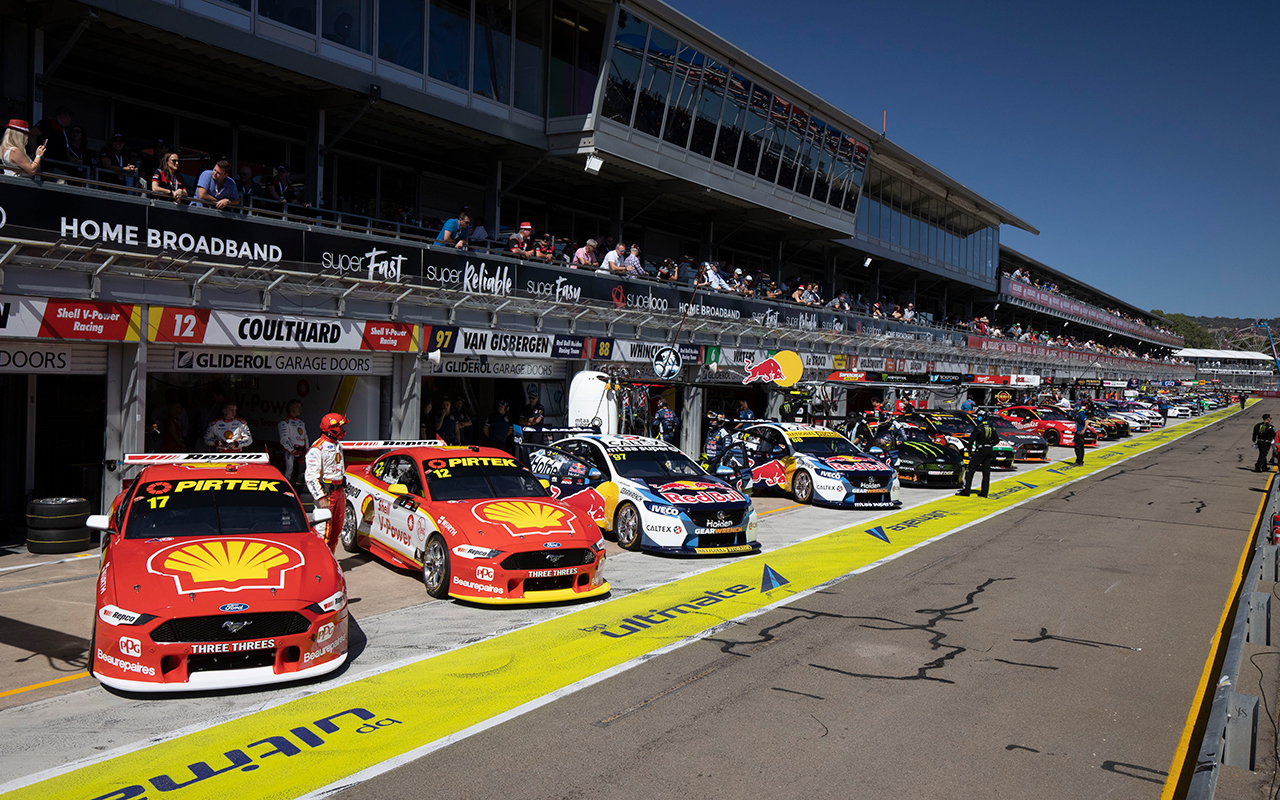 Will Phillip Island be on the cards for one of the replacement venues?

We’re obviously talking to the management of all the race tracks in Australia as part of the calendar changes that we’re making.

That includes discussions with Phillip Island, but it would be too early to speculate which tracks would be in part of the rescheduled calendar.

Is there a plan for any Eseries racing with Supercars drivers?

Our number one priority with the Eseries is to fill the gap between now and when we go racing again.

We’re currently planning to conduct 10 rounds utilising our existing drivers from the comfort of their homes.

How many drivers are signed on for the Eeries?

We’re going through a process right now of making sure that all the drivers have all the hardware and connectivity to be able to participate.

But all of the feedback that we’ve had from the teams to date and over the past 48 hours is that the drivers are keen to participate, so we expect a full grid.

Does this virus place a threat on Supercars from a financial standpoint for the future?

Obviously the virus and delays are difficult for everybody, our partners, our staff, our sponsors and our teams, but we’re a very entrepreneurial bunch and we know how to survive.

What is Supercars doing to ensure all teams get through this?

We’re working with the teams and their partners and their sponsors, talking to them on a daily basis.

That’s why we’ve focused so much on getting that Eseries out and we’re very fortunate that we’ve go the documentary series coming out on Erebus as well.

If the season has to be cancelled will the championship go to the points leader?

That’s something that the Commission will have to decide.

I think it’d be premature to crown a champion based on one race meeting, however the Commission will pick that up should we have to contemplate that.

18/03/2020
Stay In The Know
Sign up to the Repco Supercars Championship Newsletter
We use cookies to ensure that we give you the best experience on our website. If you continue to use this site we will assume that you are happy with it.Ok