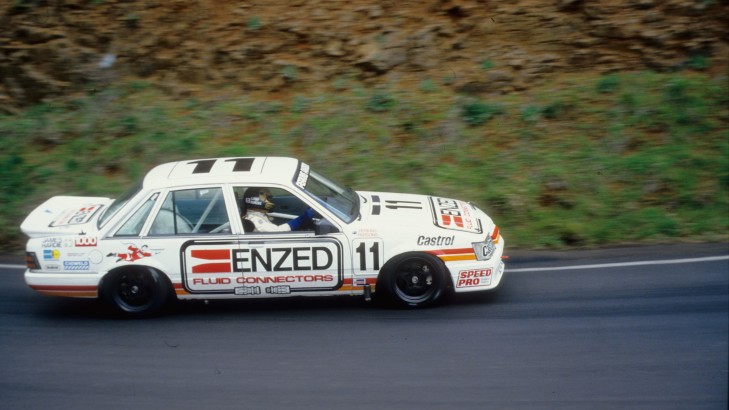 Recently on Saturday Sleuthing we covered the story of the last Perkins Engineering race-winning car from 2008, which was one of the last chassis to roll out of Larry's successful workshop at Moorabbin Airport in Melbourne.

Today, we go full circle and track down the car that started it all - PE 001, the first Commodore built by Perkins Engineering back in 1986.

And the good news is that it's alive and well and on the way back to how many fans of the mid-1980s would remember it!

After a famous stint working and driving with Peter Brock and the Holden Dealer Team throughout the early 1980s, Perkins started his own team in 1986 with the backing of New Zealand car dealership magnate Colin Giltrap, who owned this car and a second VK Commodore built by Perkins during the same period. 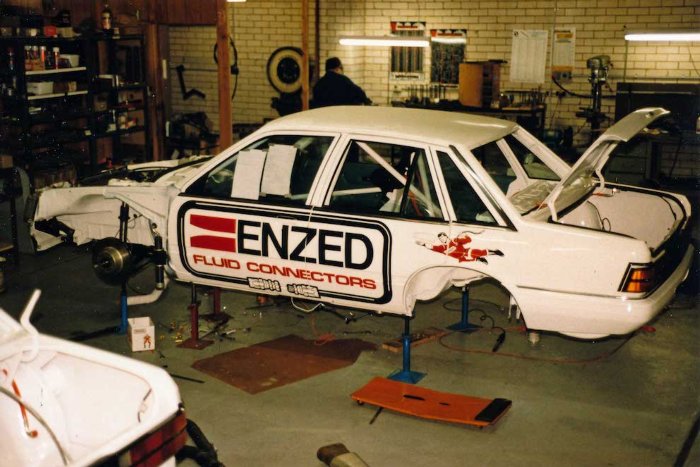 With major sponsorship from ENZED Fluid Connectors, Perkins debuted PE 001 in the 1986 Castrol 500 at Sandown with David 'Skippy' Parsons as co-driver. After qualifying 11th, the pair battled severe brake issues and struggled home in 14th place, seven laps down.

The car was also the first of Perkins to carry what became his regular number of 11 - which he carried right through to the end of his driving career in 2003.

In typical Perkins fashion, his reasoning was that a pair of '1s' were very quicker, easier and more cost-effective to produce than any other number from a signage point of view! 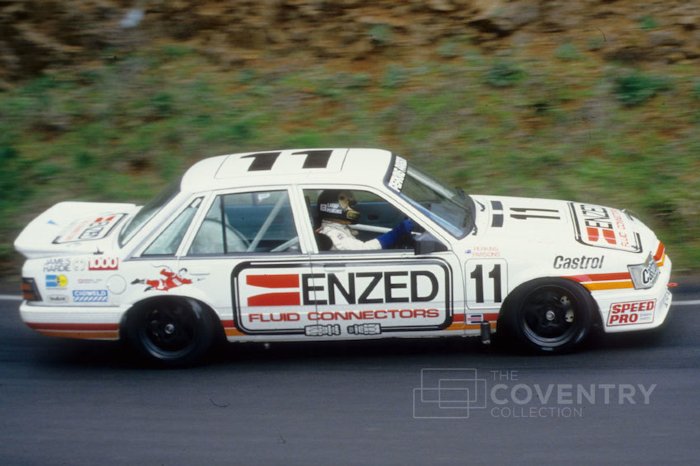 A strong showing in the James Hardie 1000 at Bathurst was blighted by an overheating bearing in the car's gearbox which left Perkins stranded on Mountain Straight with no gears mid-race.

The car was returned to the pits on a tilt-tray truck (the last year that the race did this without the cover of Safety Cars to slow the field!), and, after a delay of 50 minutes to replace the gearbox, rejoined the race to finish 25th.

Perkins then drove the car in The Sun South Pacific 300 enduro race at Calder to fifth place, and the Australian Grand Prix support race at Adelaide a week later where he finished fourth. The AGP event was Perkins' last in PE 001 as the second, unraced VK became the car he used from the start of the 1987 season.

PE 001 was sold following the '86 AGP to Sprintcar racer Tony Noske, father of eventual V8 Supercar driver Mark, who campaigned the car in the distinctive orange and yellow colours of his business, Kalari Transport.

Noske contested four rounds of the Australian Touring Car Championship in 1987 with best results of 10th at Surfers Paradise and Sandown, and enlisted speedway legend Garry Rush as his co-driver for the endurance races. 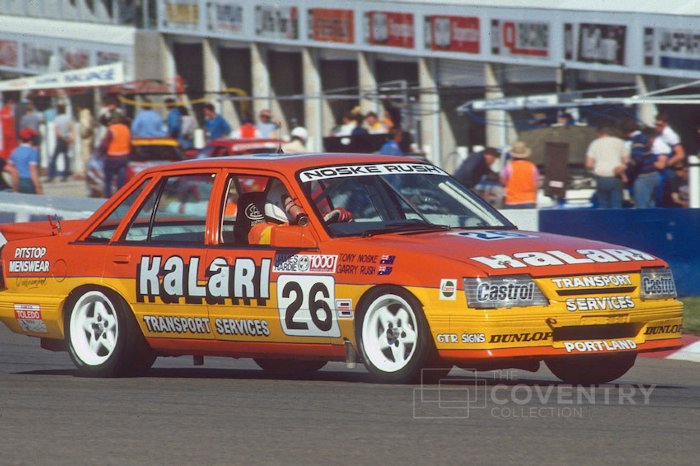 The privateer pairing finished a solid 11th at Bathurst which became ninth following the exclusion of the Texaco Sierras and backed it up with 10th in the World Touring Car Championship round at Calder a week later, while Noske also finished eighth in the AGP support race.

Noske contested the majority of the '88 ATCC in this car, finishing 12th overall with a best result of three seventh placings before stepping into a new, fuel-injected 'Walkinshaw' VL model - also built by Perkins Engineering - for the enduros. 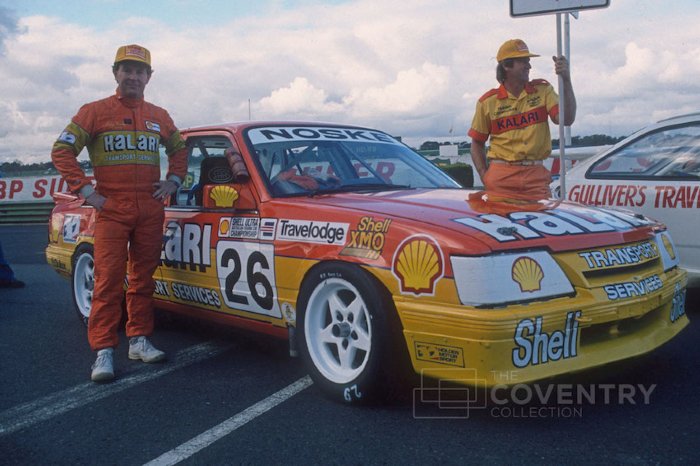 Noske advertised the car in Auto Action magazine during 1988 as a bare shell and eventually sold it to a Melbourne motor wrecker who turned it into a road car!

It's understood the wrecker had a written-off HDT VK 'Blue Meanie' in his possession which he gutted of the running gear and installed into PE 001, which had become a road-going, blue HDT-replica.

The car changed hands at least once between its road car conversion in the late 1980s and 2008, when its current owner, Stuart Hayes, purchased it.

We're glad to hear that Hayes recognises the car's competition history and has recently begun restoring the car to its 1986 Enzed Perkins-era specifications.

Hayes has been slowly building up the parts to restore PE 001 to as close to original spec as possible, many of which were stripped from another VK Commodore Group A car recently on the market.

Just this week the chassis was acid dipped as part of its restoration which is being carried out by the team at Creative Custom Cars in Dromana, Victoria. Hayes is aiming to have the car restored in the next 18 months.

So there you have it - the very first of 50 Commodores to be built by Perkins Engineering over its rich history in the ATCC/V8 Supercars is being reborn after an unusual second life as a street cruiser.

We do wonder how many people checked out this 'Blue Meanie' at the traffic lights over the years, totally unsuspecting that they were sharing the streets with one of Larry's previous Bathurst challengers!

Next week on Saturday Sleuthing we're warming up for the SKYCITY Triple Crown at Hidden Valley in Darwin - to get us in the mood for the trip to the 'Top End', we'll rewind 10 years to 2004 and find out what happened to Todd Kelly's ex-HRT winning car from that event.

Richards at home with Red Bull

05/06/2014
Stay In The Know
Sign up to the Virgin Australia Supercars Championship Newsletter
We use cookies to ensure that we give you the best experience on our website. If you continue to use this site we will assume that you are happy with it.Ok