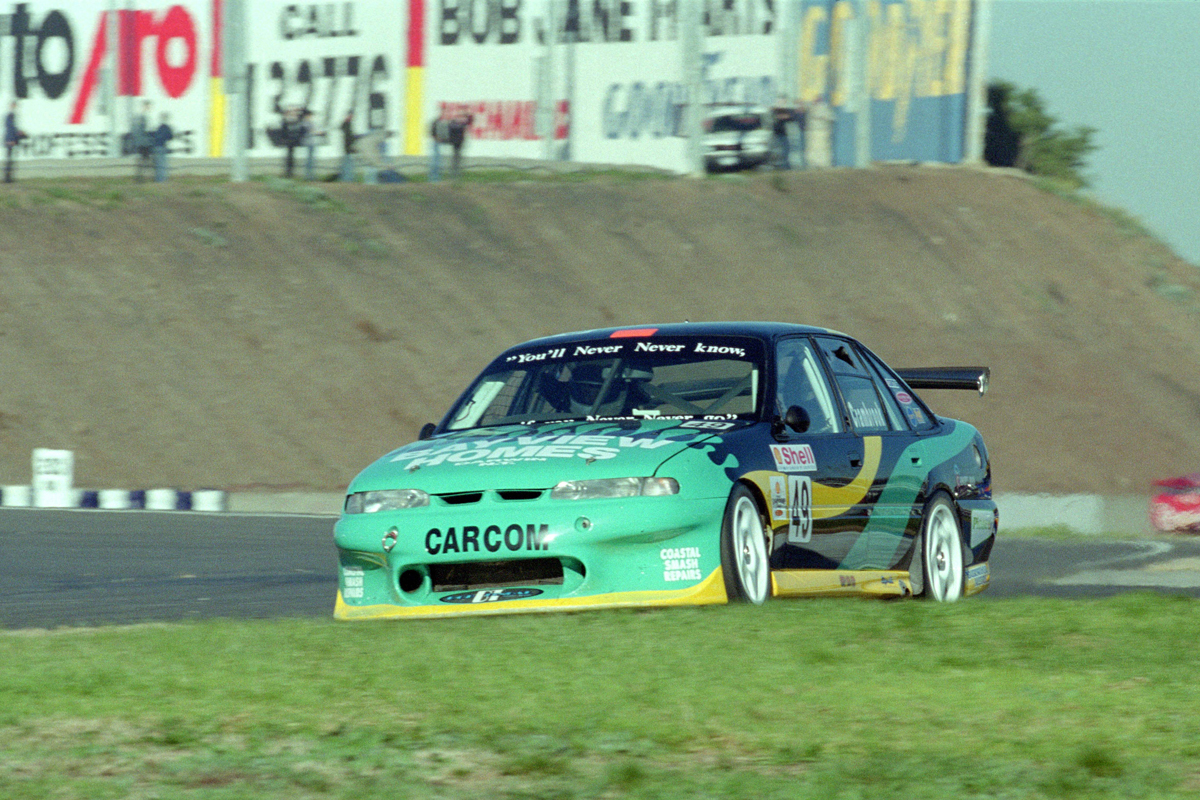 In the lead-up to the 20th anniversary of the Supercars event at Hidden Valley, Supercars.com has tracked down one of very few Northern Territory-based drivers to ever compete at the top level of Australian motorsport.

Layton Crambrook made his Supercars debut in 1999 at the tender age of 17, competing in 10 championship rounds over a three-year period.

It was at the 1999 Darwin event where Crambrook was racing - and winning - in the HQ Holden class where he was introduced to Wayne Russell, a former touring car driver and father of now Nissan Motorsport co-driver Aaren Russell.

After brief negotiations, Crambrook was introduced to the late Bob Tindal where a deal was struck to enter the teenager in the Supercars Championship, driving the ex-Alcair Commodore purchased from Tindal by the Crambrook family.

A lack of funds would ultimately end Crambrook’s top-flight racing career, returning to race HQ Holdens before competing in the V8 Utes Series, where he won the 2008 title. 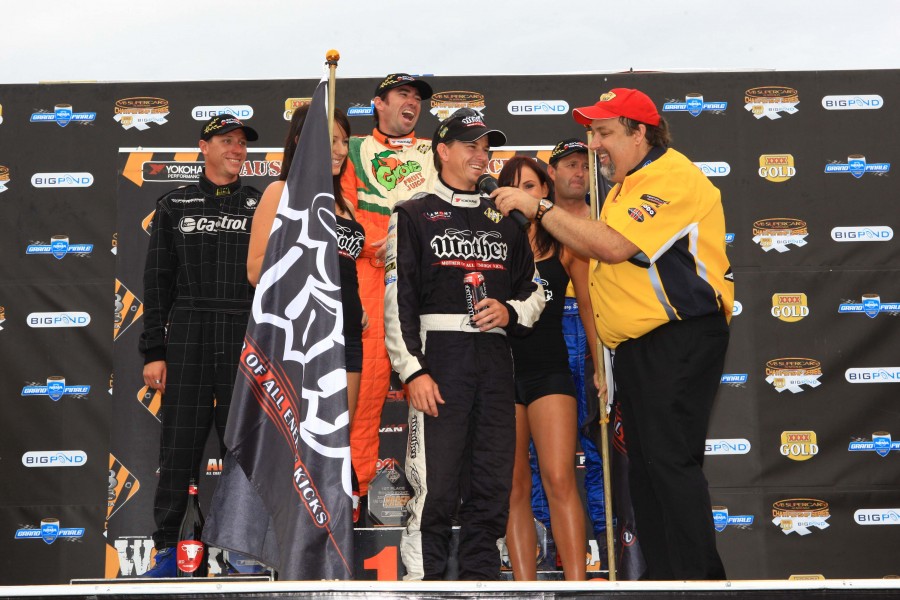 We spoke with Crambrook to talk about the past, present and future …

Before we get into your Supercars past, what are you currently up to these days?

I build swimming pools for a living. I’m now based in Sydney, having moved from the isolation of Darwin.

I’m not doing any motorsport as such, but I recently built a HQ Monaro show car and we have been doing a bit of Summernats-style stuff.

Recently I did an event in Alice Springs called the Red Centrenats. We entered the car in the Grand Champion class, which is a show event but also driving it in some timed events, which we won.

When you started your Supercars racing, your point of difference and interest was that you were living in Darwin. How challenging was that?

It was good in as many ways as it was bad.

The good part was that the Hidden Valley circuit was not a ‘CAMS track’ so I was driving Group A and HQ Holdens from the age of 14.

I had a big head start in terms of driving big cars on a race track, so that was the benefit of living up there. And it was only $50 to hire the track for the whole day!

The downfall was the travel and isolation, but we had Bob Tindal looking after our car. He was Sydney-based, so it was pretty easy to manage that side of it.

Let’s talk about the 1999 season – your first in the championship as you’d kind of sprung out of nowhere. How did it all come about? 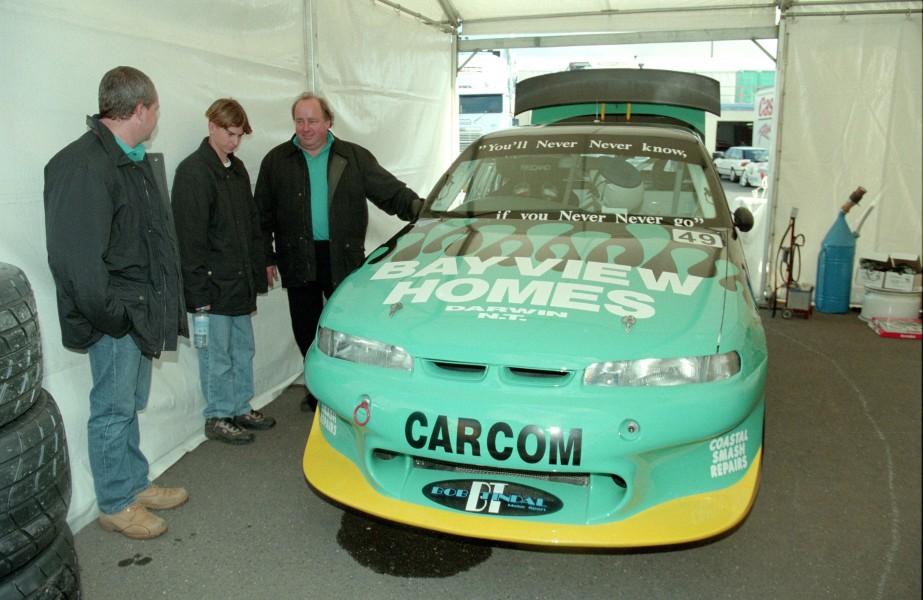 We were racing a HQ at the Supercars event in Darwin and we spoke to a good friend of ours Wayne Russell, who we knew through speedway, about where we go.

Obviously, Supercars is what everyone dreams of racing in, and he knew about a car that Bob Tindal had for sale. Everything really kicked-off from that conversation; we made some phone calls and moved forward from there.

And what was the experience like jumping from local HQ racing to competing in the top-level of Australian motorsport?

It wasn’t too bad. At the time, I was also racing Sprintcars, so I wasn’t unfamiliar with horsepower and traction, and being 16 at the time, you feel bulletproof in everything that you do.

Our first event was at Calder Park, and I remember being a little nervous, but it fell into place pretty easily and it went well. 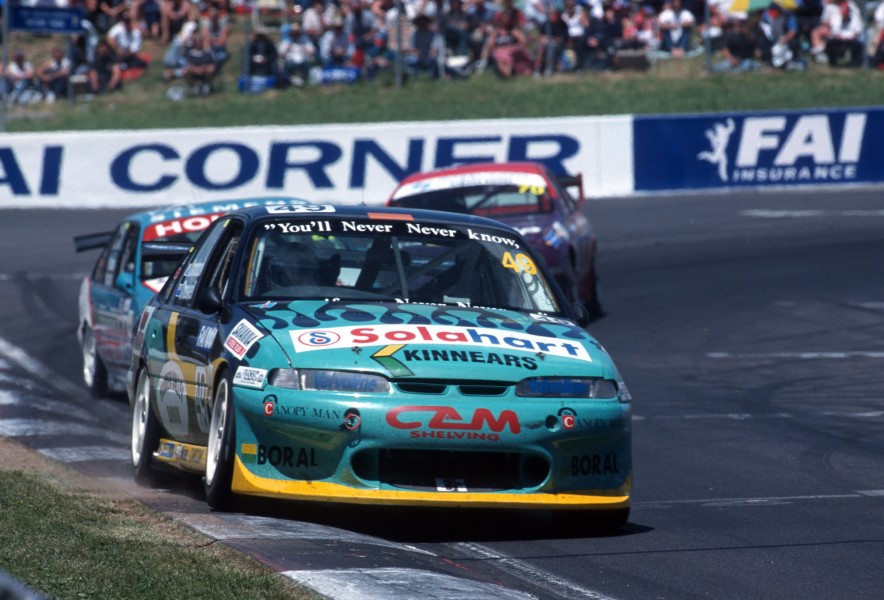 The two best results you ever achieved were both at Queensland Raceway in the 500km race - 13th and 14th places overall. Was that a circuit you were fond of?

I don’t know what it was about Queensland Raceway. As a driver, being inexperienced with the cars and circuits, it was all about repetition.

The more laps I did, the easier it became. So somewhere like the 500km races, I could get into a rhythm and understand the car and tyre better.

It was a shame that we never had a good showing at the Bathurst 1000 where we were always hampered by mechanical issues.

It was just a shame that we didn’t get to do another season in it to see what gains we could have made.

Was it a financial thing that put you out of the sport?

Yes, that’s right. At the time, they were upgrading to the new Commodore VTs and it meant a whole new level of expenditure to keep up with the pack.

Financially, we missed out, and it’s a shame because another season might have cemented us in the category. But looking back, I wouldn’t change anything. 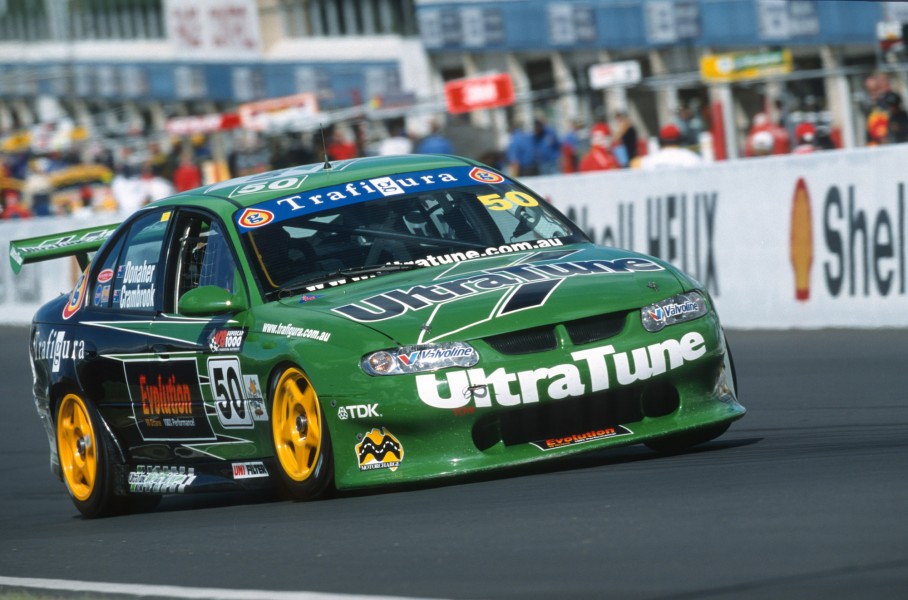 While your Supercars career was short, you weren’t lost to the racing world. You did some more HQ racing followed by a full season in V8 Utes, which was very successful for you …

We went back to HQ Holdens where we won an Australian title up in Darwin, and after that we moved to V8 Utes in 2007 where we leased a car for half a year.

The first race I did in Adelaide I won, but we had some mechanical problems from there on.

After some bad luck there, we bought our own car, set up our own team and in 2008 we won the title.

We should have won in 2009 but had a round taken off us. We had a couple of good years there.

That was really the end of my circuit racing. My last race was in Adelaide 2010, and I haven’t driven a race car since.

That was eight years ago – it only feels like yesterday!

Any ambition to get back into any national-level motorsport?

Probably not national level. I’m currently building a HQ at the moment, and trying to do some selected rounds. I know the cars really well, they are a simple thing.

I’ve pretty much achieved everything that I wanted and I’m happy with how it all went. If I do any racing, I just want it to be low stress.

07/06/2018
Stay In The Know
Sign up to the Virgin Australia Supercars Championship Newsletter
This website uses cookies to improve your user experience. By continuing, you will be providing your consent to our use of cookies.Ok