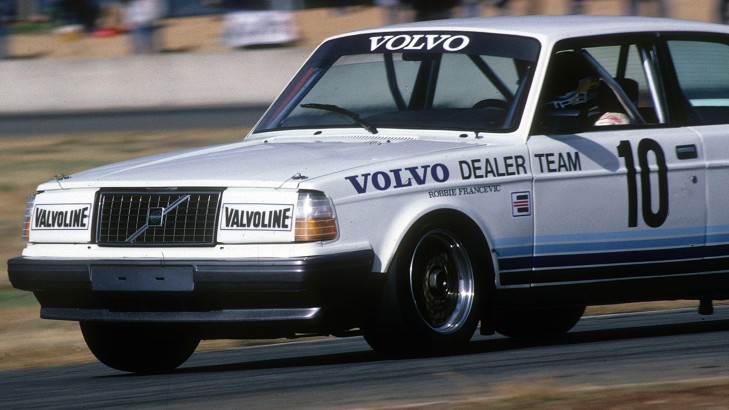 V8 SUPERCAR fans have had to get used to the very different sight of Scott McLaughlin's Volvo fighting it out at the pointy end of the field this season.

But there is actually nothing new about the Swedish manufacturer doing great things in Australian touring car racing given a Volvo won the Australian Touring Car Championship 28 years ago - and there was a Kiwi behind the wheel then too!

Today on Saturday Sleuthing we feature the Volvo 240 Turbo which Robbie Francevic drove for the majority of his 1986 championship-winning season.

The 240T was the first turbocharged car and the first-ever Swedish car to win the ATCC, while Francevic was the oldest ever champion at 44 years, 9 months and 25 days.

It was also the first car that John Bowe - a future champion and legend of the sport - made his championship debut in.

The 240T spent two seasons racing in Australia and New Zealand from 1985-86. It was imported by New Zealand businessman and former driver Mark Petch who funded and ran the program - initially without factory support.

The 240T was definitely a distinctive car - its four-cylinder, 2.1-litre turbocharged engine made it very fast in a straight line and its 'boxy' styling earned it nicknames including 'The Flying Brick' or as Dick Johnson dubbed it, 'The Swedish Valiant'!

Our featured car today - chassis 240A 405 - was a left-hand drive version built and prepared by Belgian outfit GTM Engineering and first raced in the 1984 European Touring Car Championship by the Belgian Volvo Dealer Team. 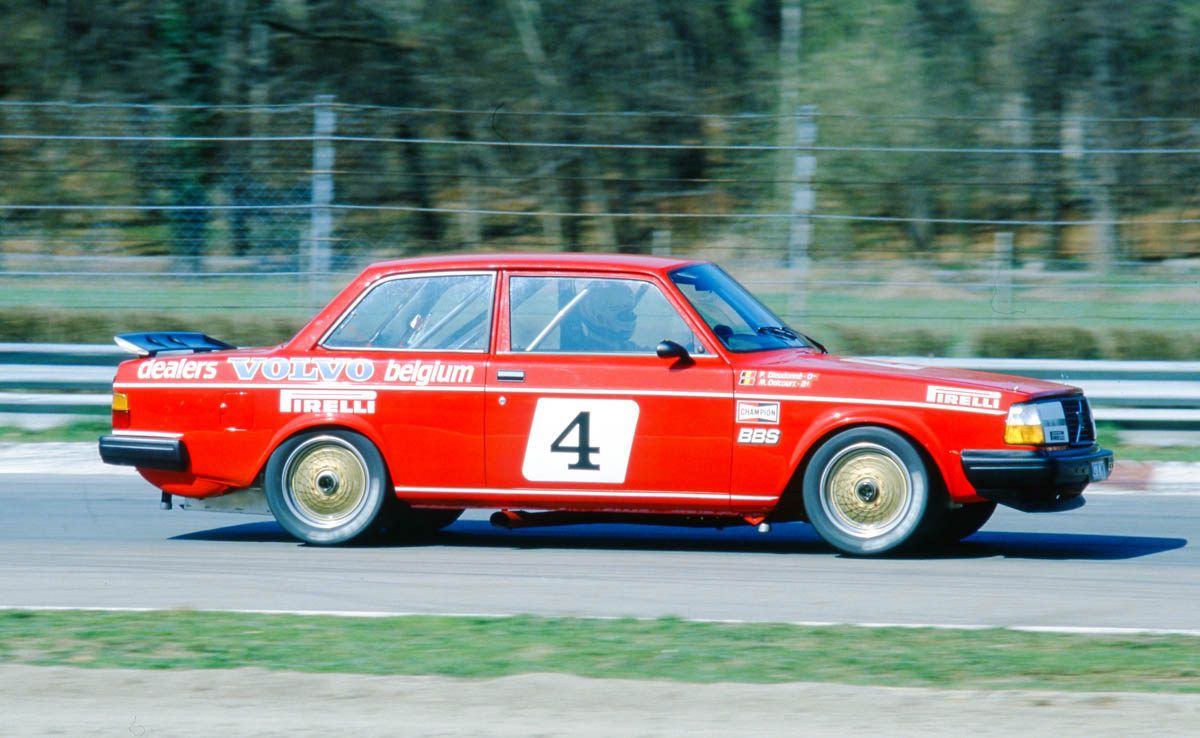 It originally ran a red livery and was driven by Belgian touring car aces Michel Delcourt and Pierre Dieudonne.

Petch bought the car at the end of 1984 and it arrived in NZ in January 1985 - literally just in time for its Australasian racing debut.

It was entered for the Wellington 500 street race to be driven by Robbie Francevic and Delcourt with backing from SKF Bearings, but freight delays meant it arrived in NZ at the very last minute.

The team missed opening practice as a result, but Francevic and Delcourt went on to win the race by over a lap - after starting from the rear of the grid!

Francevic drove it in the 1985 ATCC, debuting in Round 2 at Sandown. In the next round at Symmons Plains, he recorded a shock win in just the Volvo's second start.

Francevic won again in the final round at Oran Park, and finished fifth overall in the championship. 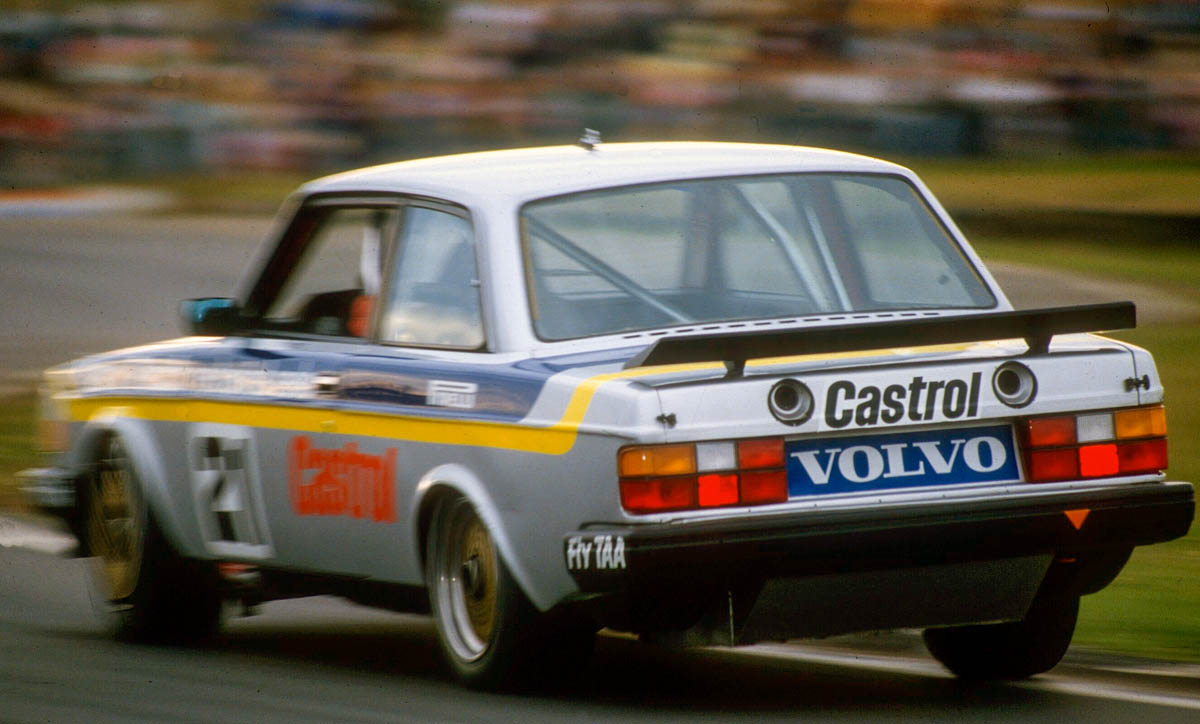 The Kiwi was joined for the endurance events by John Bowe - then an open-wheel hotshot making his touring car debut - but the pair retired at Sandown (seized crown and pinion) and Bathurst (electrics). 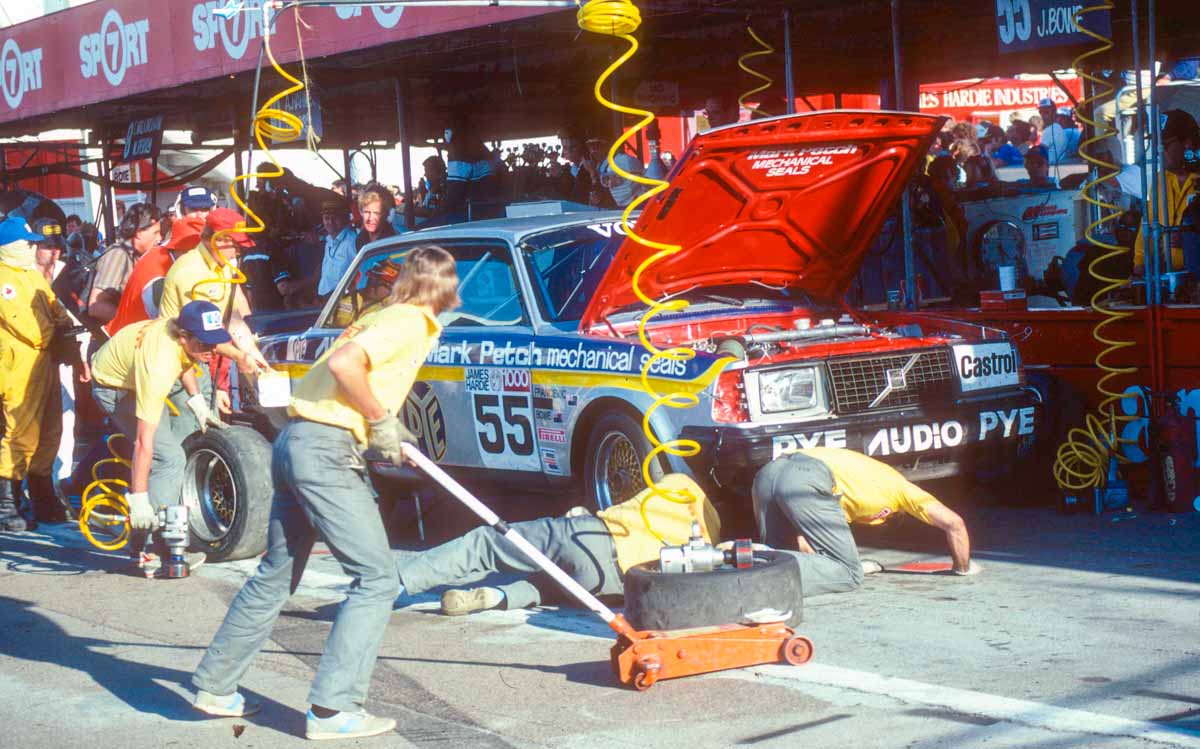 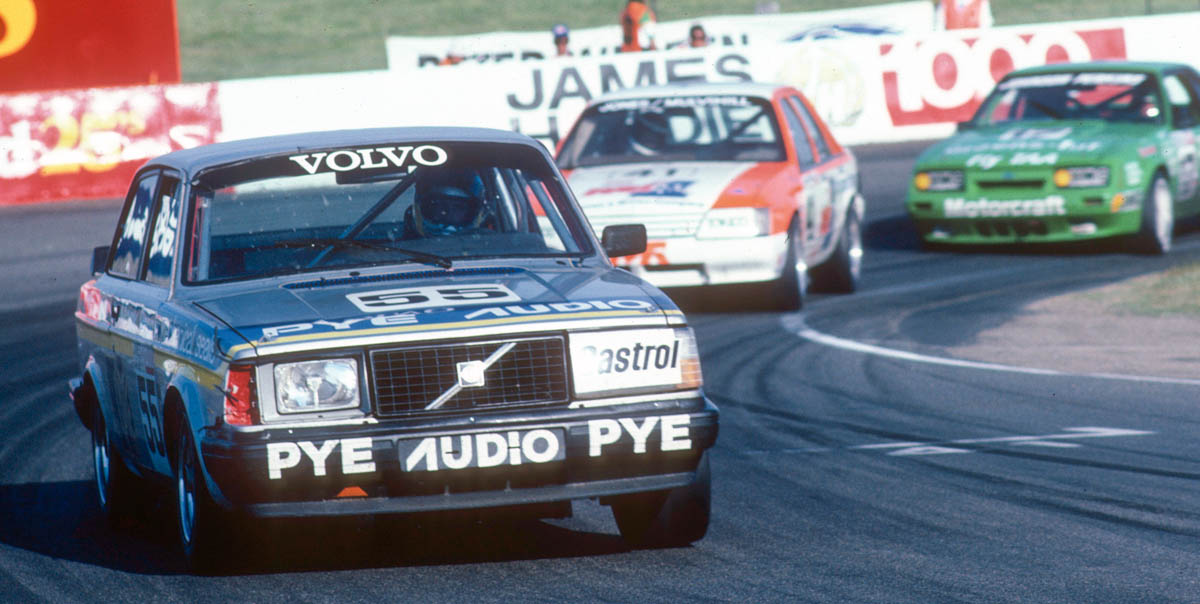 Gun Volvo driver Thomas Lindstrom was brought over from Sweden to partner Francevic in the Nissan Mobil 500 races at Wellington and Pukekohe in early 1986 before Francevic returned to attack the ATCC.

#240A 405 was Francevic's car for the beginning of the '86 ATCC, and he started strongly by winning the opening two rounds at Amaroo Park and Symmons Plains.

Volvo Australia took over the program prior to the next round at Sandown and it was renamed the Volvo Dealer Team with former Holden Dealer Team manager John Sheppard at the helm.

The team expanded to a second car - a right-hand drive 240T for Bowe - for the fourth round at Adelaide International Raceway, which was another win for Francevic and the last Volvo victory in the ATCC/V8SC until McLaughlin's win in Perth this year.

The new chassis would become Francevic's from Round 6 at Surfers Paradise onwards, while our featured car went to Bowe from Surfers Paradise until the end of the ATCC, although Francevic took it over once more at Lakeside for the race when his new car suffered engine dramas in qualifying.

Francevic won the championship after driving our featured car in six of the year's 10 rounds. For the endurance races, this car became a spare while yet another new 240T was introduced.

But by this time, the Volvo Dealer Team was set to implode. After a very strained relationship, Francevic and Sheppard fell out and the champion driver left the team on the morning of the Sandown 500. The team folded after Bathurst and the cars never raced in Australia again.

The three cars were ordered back to Sweden and the left-hand drive car (our featured 240 Turbo) went to Soderquist Racing Sport and was raced by Italians Giorgio Cipolli and Bruno Corradi in the ETCC, while SRS also ran it in selected races across Scandinavia.

It returned to New Zealand for the World Touring Car Championship race at Wellington with Kiwi truck ace Ian 'Inky' Tulloch driving and then went to Steffanson Automotive and was raced by Anders Lindberg in Sweden during 1989. Another Swede, Ake Ernstsson bought it and raced it from 1990-91.

From there, it is believed the car went to an Austrian collector in 1992 who owned it until 2003, when it was sold to Peter Kroeber in Germany.

Kroeber completely restored the car and even won a 500-kilometre historic touring car race with it on the legendary Nurburgring Nordschleife in 2004. 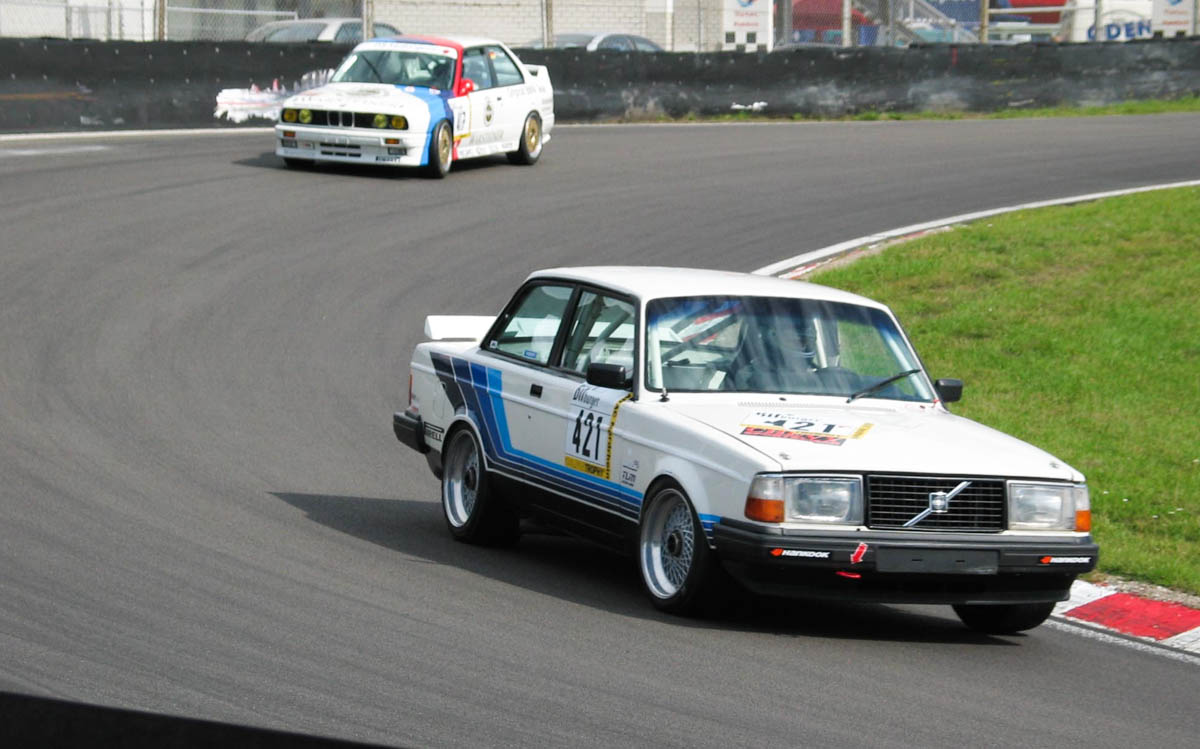 Sadly, Kroeber passed away in 2008 but we're pleased to report the '86 ATCC winner remains with his family - in fantastic condition and in a livery very similar to the Volvo Dealer Team colours it ran when Francevic and Bowe drove it.

Special thanks too to Bjorn Ohlson and his www.240grupp-a.se website for use of images of the Volvo overseas both pre and post its Australian racing life.

Next week we'll take a look at a Peter Brock/Holden Racing Team Commodore with a special connection to Sydney Motorsport Park.

Scott McLaughlin  ›
15' Wilson Security Racing GRM ›
2014 Supercheap Auto Bathurst 1000  ›
Stay In The Know
Sign up to the Repco Supercars Championship Newsletter
We use cookies to ensure that we give you the best experience on our website. If you continue to use this site we will assume that you are happy with it.Ok