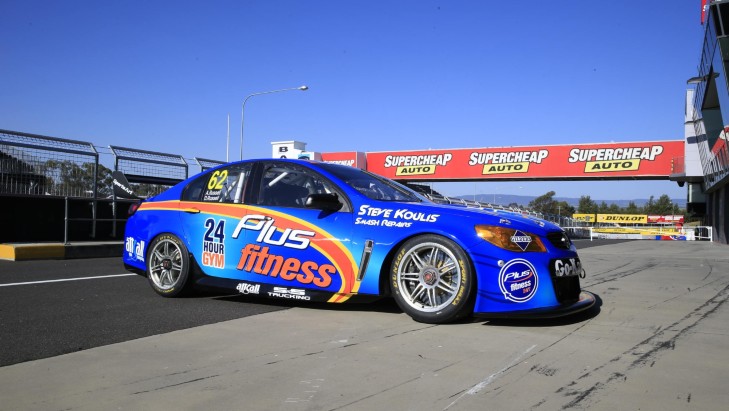 Brothers Aaren and Drew Russell can't wait to attack Mount Panorama for the first time this week, racing with the Championship cars in their wild card entry at the Supercheap Auto Bathurst 1000.

The Newcastle pair - known to fans for contesting the V8 Supercars Dunlop Series as Novocastrian Racing in recent years - realise a dream this weekend, entering the 1000 with a Garry Rogers Motorsport-prepared Holden Commodore.

Regular Dunlop Series sponsor Plus Fitness has jumped on-board for the weekend, and Aaren, 23, and Drew, 27, this afternoon revealed the blue beast they will race around Mount Panorama.

"Hopefully it looks this good at the end of the weekend!"

Aaren loved the vibrance of the car.

"You'll definitely see us coming around the mountain - there's not many cars that look like ours in the series," he said. 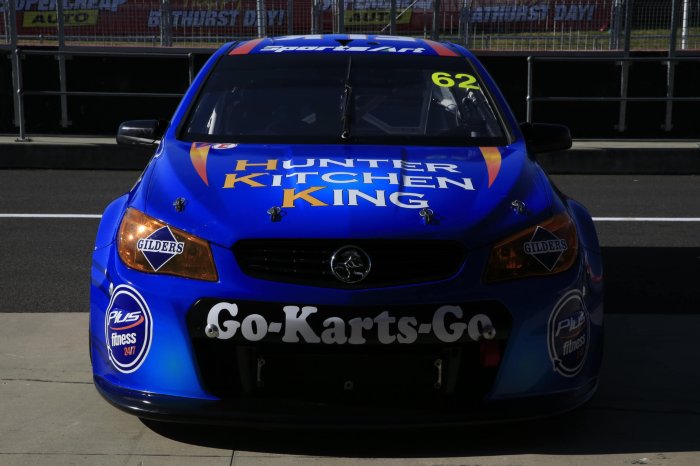 Having recently impressed in the Dunlop Series - and sampling Lucas Dumbrell Motorsport's new gen Commodore at Queensland Raceway, as the team searched for an enduro driver - Aaren is taking the weekend's racing in his stride.

"I think our biggest thing is just to finish - try and stay on the lead lap and then wherever we come from there is a bonus," he said.

"It's Australia's biggest race and it can throw everything at you ... I think anything can happen, but we want to be realistic and go and do it with a calm head on our shoulders and go from there."

The boys used one of their two available test days to get acquainted with the Commodore in the lead up to the event and are keeping their expectations in check.

With father Wayne in the team manager role this weekend, it truly is a family affair at the Supercheap Auto Bathurst 1000.

"Debuting in the 1000 is a dream come true, when I think of the history of the race and to be able to be a small part of that really blows me away," Drew said.

"I am extremely lucky to be given this opportunity and I cannot wait for race day."

The Plus Fitness Commodore is one of two wild card entries at the Supercheap Auto Bathurst 1000 this year, with Harvey Norman Supergirls Simona De Silvestro and Renee Gracie also racing with a Prodrive-prepared Ford Falcon.

The boys will pair up in Saturday's Dunlop Series mini-enduro as well, clocking up some valuable miles at Mount Panorama in the lead-up to the 1000.

04/10/2015
Stay In The Know
Sign up to the Virgin Australia Supercars Championship Newsletter
We use cookies to ensure that we give you the best experience on our website. If you continue to use this site we will assume that you are happy with it.Ok