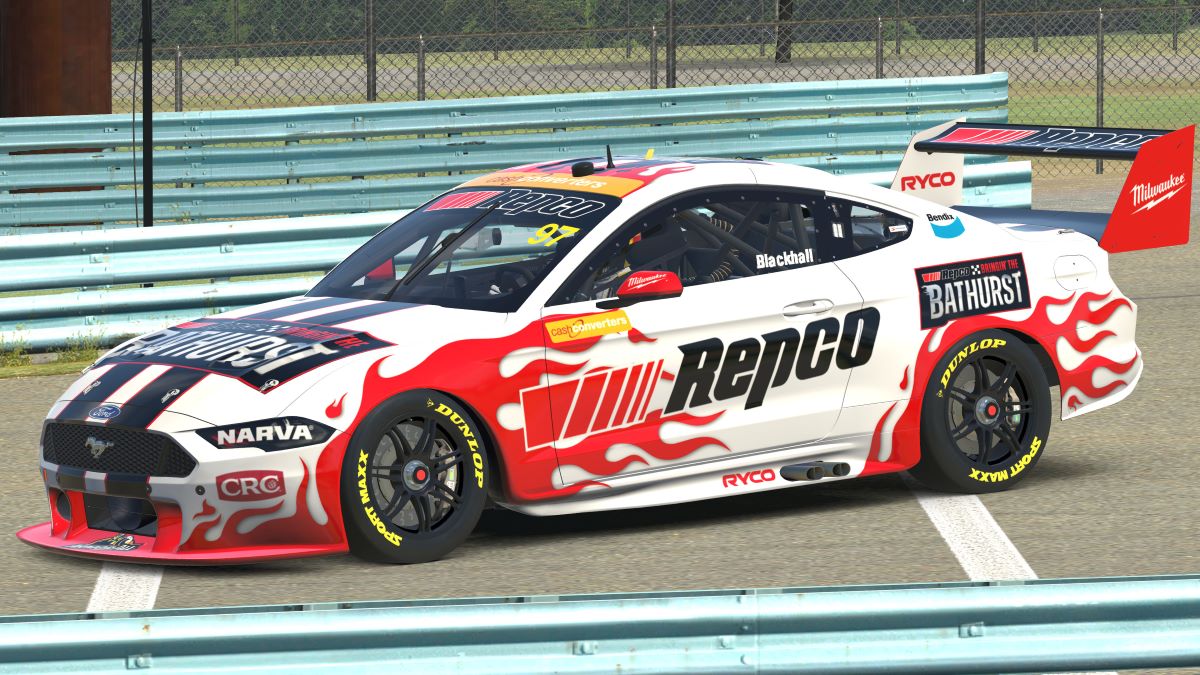 Sam Brabham and Jordan Caruso will be sporting a new livery for Repco Racing in the fifth round of the Cash Converters Supercars Eseries.

The two drivers will carry a colour scheme celebrating the Bringin’ the Bathurst competition.

The Repco Racing Mustang will feature the red and white livery for Wednesday night’s Bathurst enduro.

The new livery will promote the launch of the competition for fans to win the ultimate home set-up in time for this year's Repco Bathurst 1000.

Supercars fans can win the exclusive merchandise for their garage, lounge, or backyard to celebrate the biggest motorsport event ever seen at Mount Panorama.

Repco is inviting fans to share how they are Bringin’ the Bathurst to their own homes, by posting photos of their cracker setups for a chance to win.

There are two $250 Repco gift cards available to win each week.

Two winners will be drawn every Thursday night for the next 11 weeks from September 22.

To enter, upload your photos on the Bringin’ the Bathurst post on the brand's official Facebook page here. 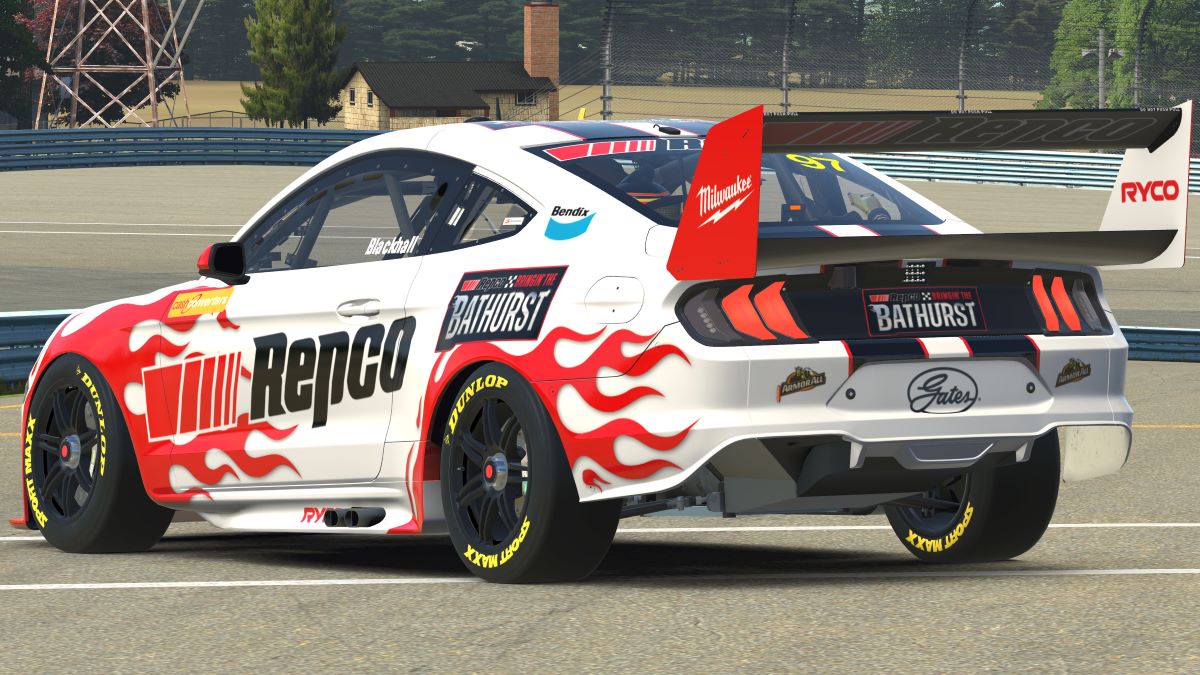 The Supercars Championship naming rights sponsor is fielding a two-car team in this year's Eseries, with third-generation racer Sam Brabham headlining the All Star series for the brand.

Accomplished gamer Caruso is contesting the Pro Series after competing for Repco Racing last year, taking out fifth overall in the standings.

This Wednesday, the online racing series will see Supercars drivers and pro gamers pair up for a virtual endurance race at Mount Panorama.