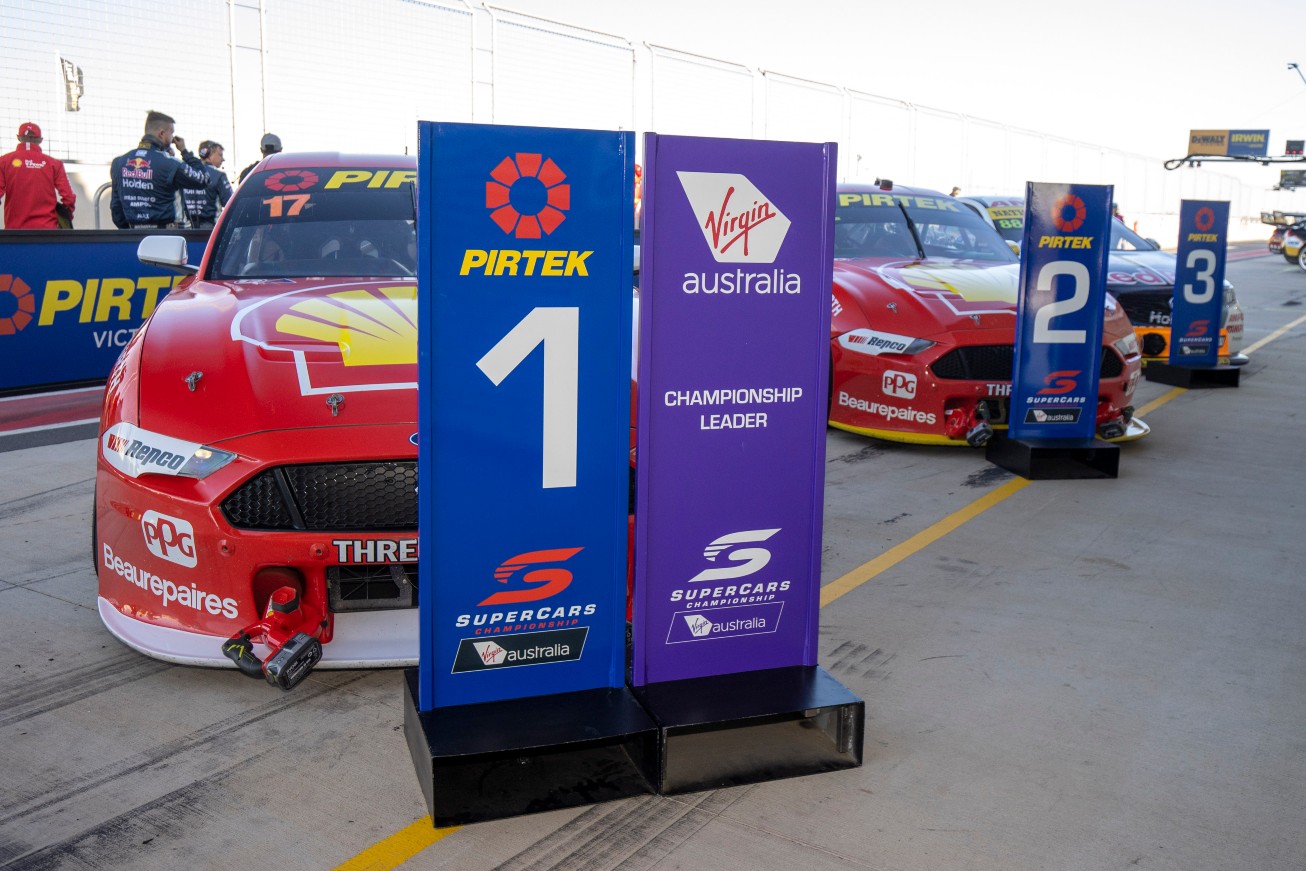 A key 2021 storyline is how Dick Johnson Racing will fare amid a new driver line-up following the departures of Scott McLaughlin and Fabian Coulthard.

New recruits Will Davison and Anton De Pasquale have been charged with the task of keeping the champion Ford team at the front in 2021.

Already, DJR has moved to strengthen its operations this season, with the engineering line-up confirmed, while Ben Croke has been promoted to the Team Principal role.

McLaughlin clinched a third straight title in 2020 ahead of a move Stateside to IndyCar, with Coulthard shifting to Team Sydney.

That opened the door to a new driver line-up for DJR for 2021, and questions on whether the team can remain a championship force. 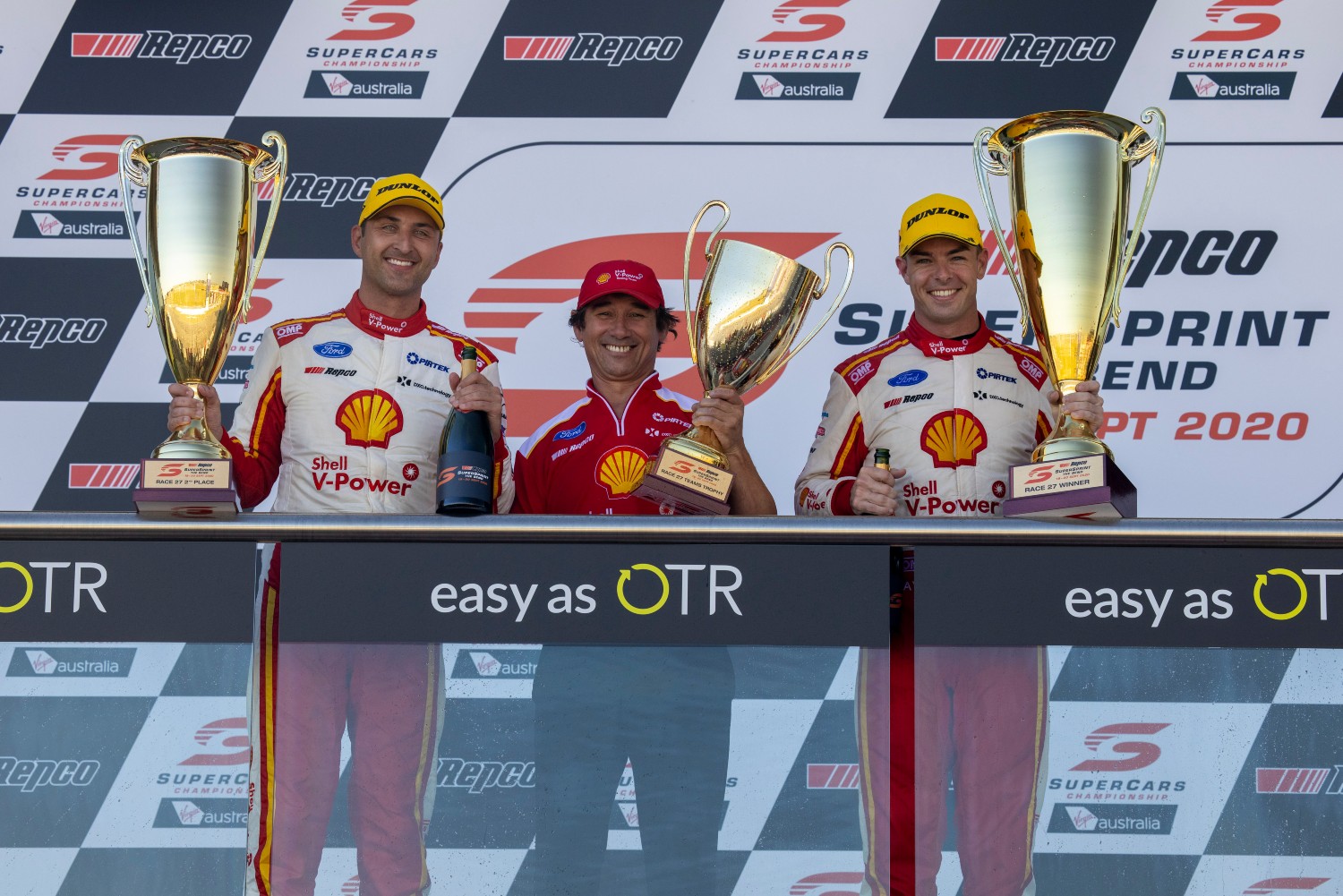 Amid outside noise, DJR Chairman and CEO Ryan Story affirmed that the expectations of the new driver line-up are "realistic" in the post-McLaughlin era.

"There's no question [Davison and De Pasquale] will work well together. They wouldn’t be where they were if we didn't have that level of confidence in them," Story told Supercars.com.

"We have very realistic expectations. I've spoken about it at length before. We don't take for granted the fact that we've won multiple teams' championships and drivers' championships.

"The ability for that to be immediately replicated with two new drivers is wishful thinking, in real terms. We're very fortunate that we've got tremendous stability across the rest of the organisation.

"That has been bolstered by the addition of two well-credentialed drivers. It puts us in a really good position, and it's a matter of building on that and getting the guys comfortable in the car and waiting for results to come." 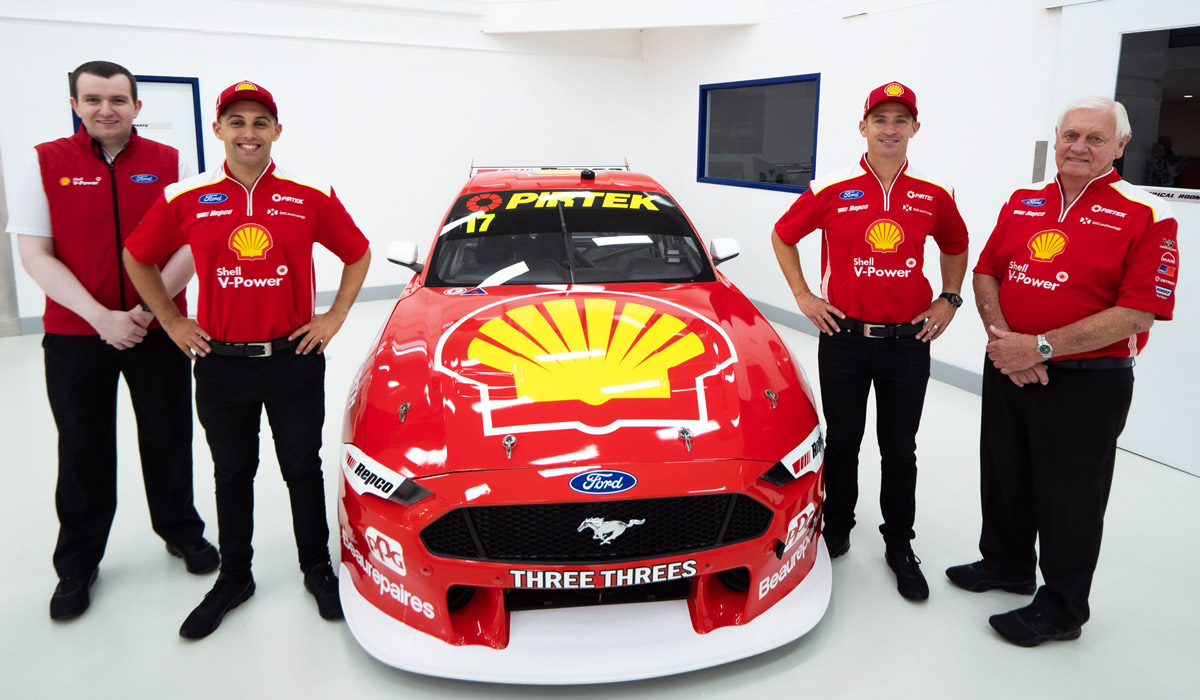 The two drivers are cut from different cloths, with Davison 12 years his new team-mate's senior. He made his championship debut in 2004, when De Pasquale was just eight years old, and raced full-time for DJR between 2006 and 2008.

However, despite returning to DJR with two Bathurst wins and stints with the Holden Racing Team and Ford Performance Racing, Davison believes he won't be a de facto team leader for DJR.

"I've always been open-minded to learn and improve. Particularly, moving into an organisation like I am now, which is fresh off so much incredible success, I'm absolutely all ears," Davison told Supercars.com.

"But I'm also my own person, I've got a lot of experience. It's about being confident in what you do and how you work, but also be open-minded and want to improve on the information we'll have available to us.

"It's a real luxury. Yes, there are big shoes to feel... Scott's record is nearly unheard of. We'll do our best to keep that going.

"There's such a sound structure in place at that team, engineering-wise. The whole organisation is so strong in depth, so much so that I don't need to lead them that much." 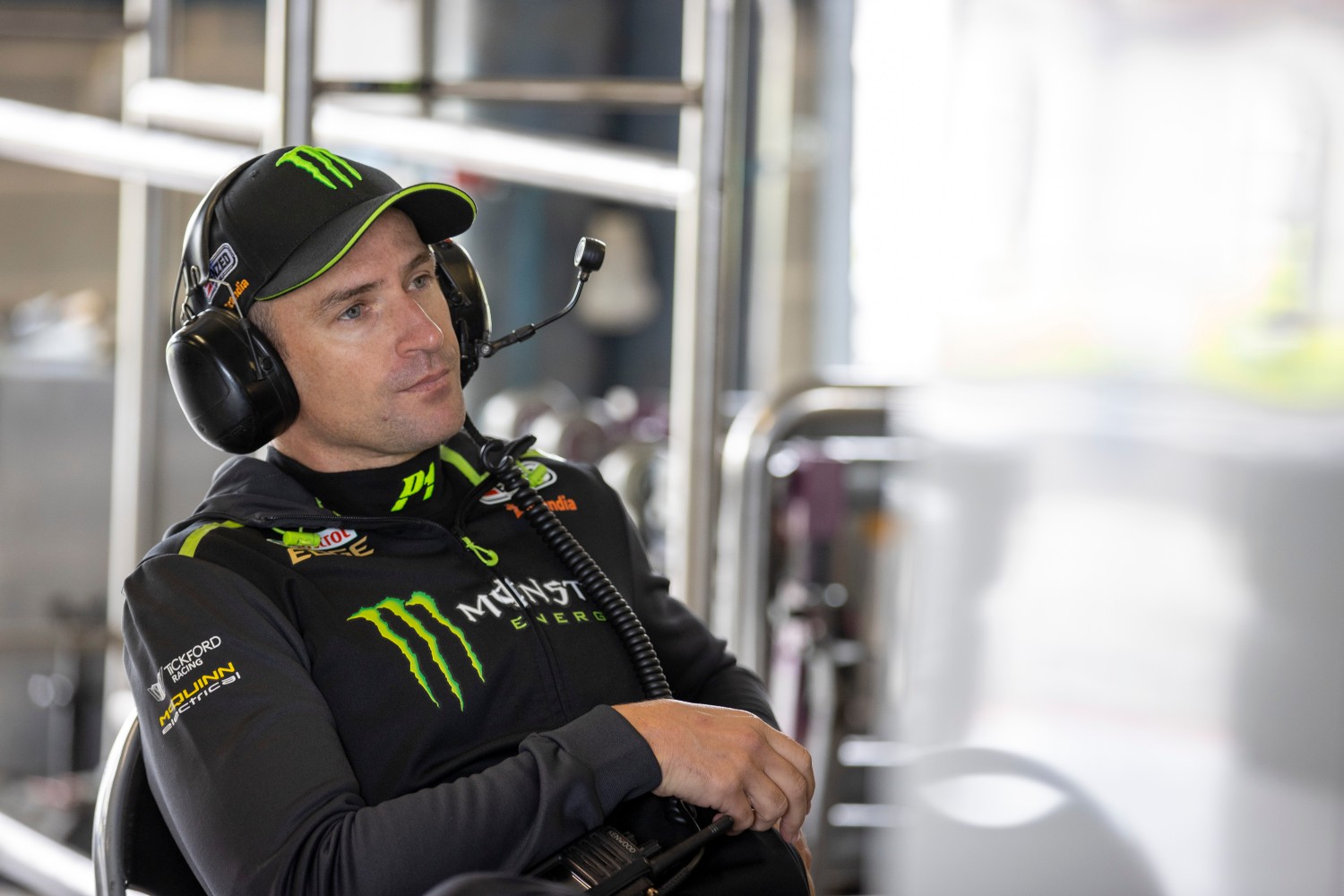 Davison remained coy on how much he would help the ever-improving De Pasquale in 2021, and acknowledged that the young gun is just getting started.

However, the 38-year-old highlighted that both he and De Pasquale must aim for consistency should the team be a two-pronged force - something the Shell squad lacked at times as the gap between McLaughlin and Coulthard grew.

"[De Pasquale's] a young guy, and he's got a lot of people singing his praises," Davison said.

"He has the talent and the ability. He's certainly proven that the last few years. This is a big opportunity for him, and a big change for him.

"I've always enjoyed the challenge of working with a new team-mate.

"The art of working together, but pushing each other at the same time, is always an important aspect of pushing the team forward.

"I'm looking forward to us hopefully being a formidable combo, and making sure we get both cars up the front.

"We've seen know how crucial it is to have both cars up the front and working well together." 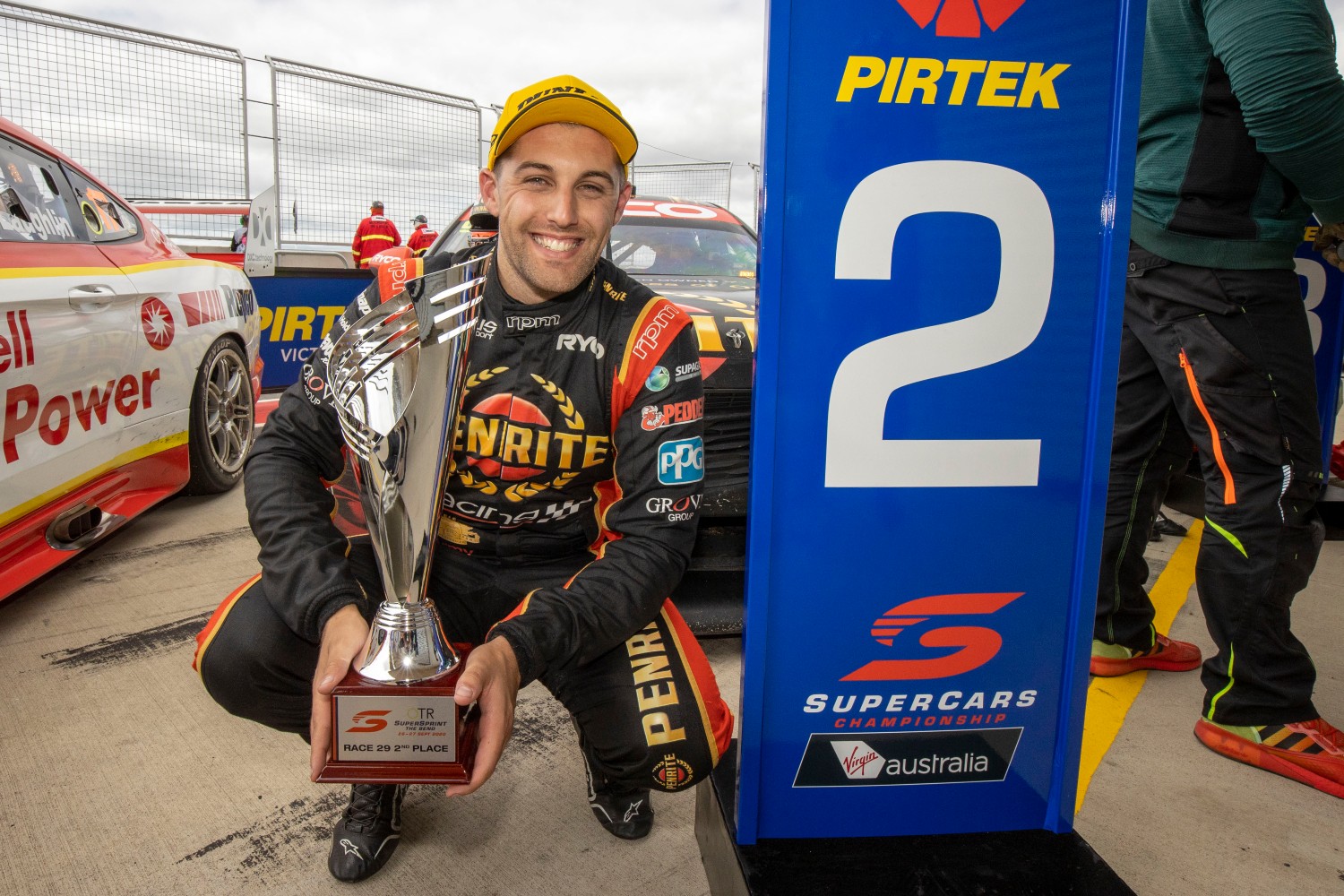 De Pasquale agreed, telling Supercars.com: "I remember watching Will back in the day when I wasn't even in car racing.

"I've gotten to know him over the years when I was racing against him. Any time you get to team up with a really experienced driver who's seen it all, done so many races, you learn plenty.

"I was lucky enough to team up with Dave [Reynolds] when I first came into Supercars with Erebus. Will and I would be a similar relationship, but we know we need to keep the team at the front.

"We get along well, so we'll work together well. I'm looking forward to it."

Armed with a "great combination", Story was firm in the belief that a mix of youth and experience can keep DJR at the pointy end, even if the team's rivals have already written them off for 2021.

However, Story affirmed that both drivers don't have room for complacency, with a number of rival teams closing the gap last season. 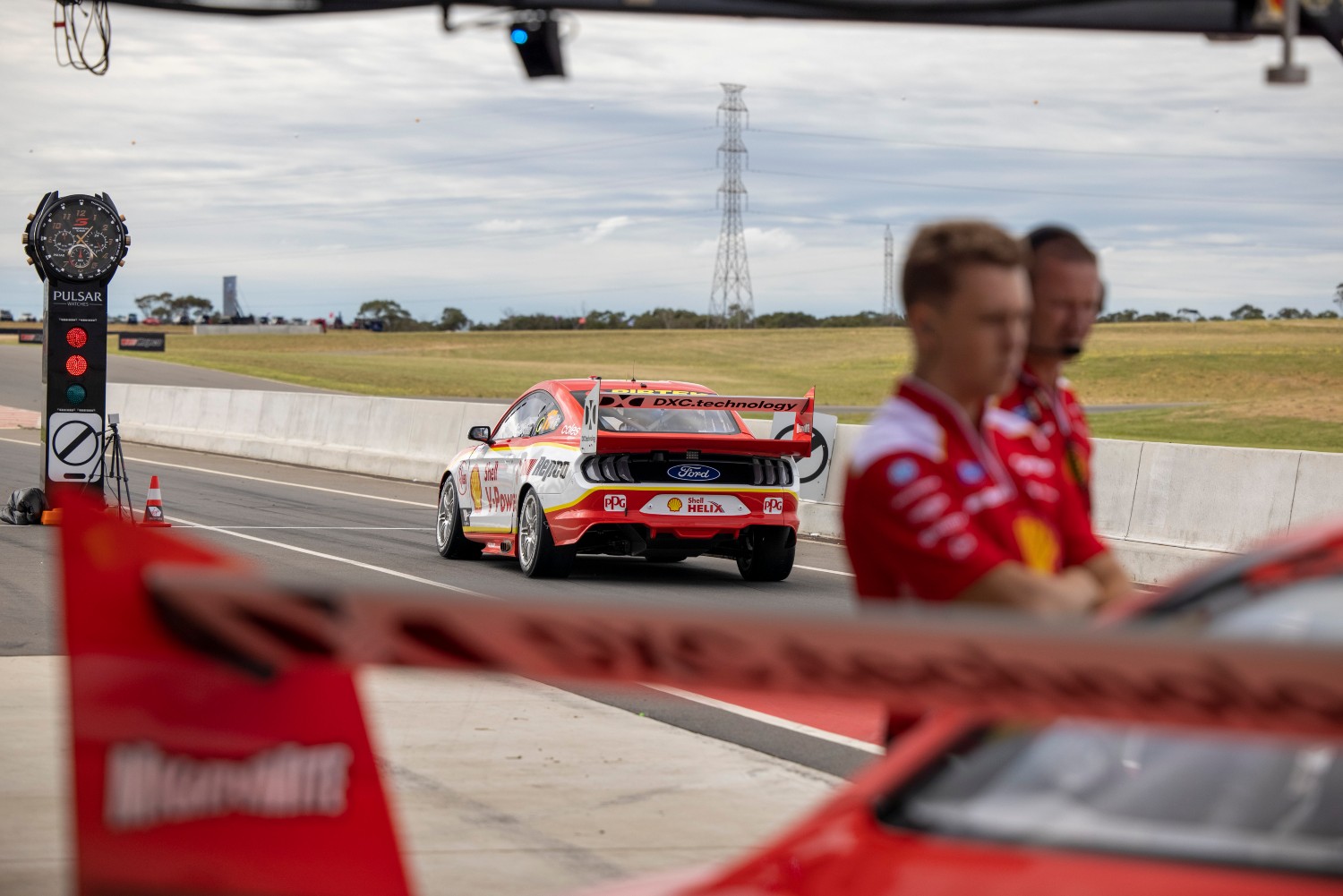 "[Davison and De Pasquale] are just a great pair of blokes. They're really easygoing, they're straight-shooters and they just want to get out there and race," Story said.

"They've already been a fixture within the organisation, being at the workshop regularly over the off-season and being with the crew working on their cars.

"To an extent, Will's right about the leadership aspect. We don't operate with a number one and number two driver.

"We've hired two blokes who we know are capable of getting on the podium, winning races and being competitive in what is an incredibly competitive championship.

"That's precisely what we want to achieve."

13/01/2021
Stay In The Know
Sign up to the Repco Supercars Championship Newsletter
We use cookies to ensure that we give you the best experience on our website. If you continue to use this site we will assume that you are happy with it.Ok