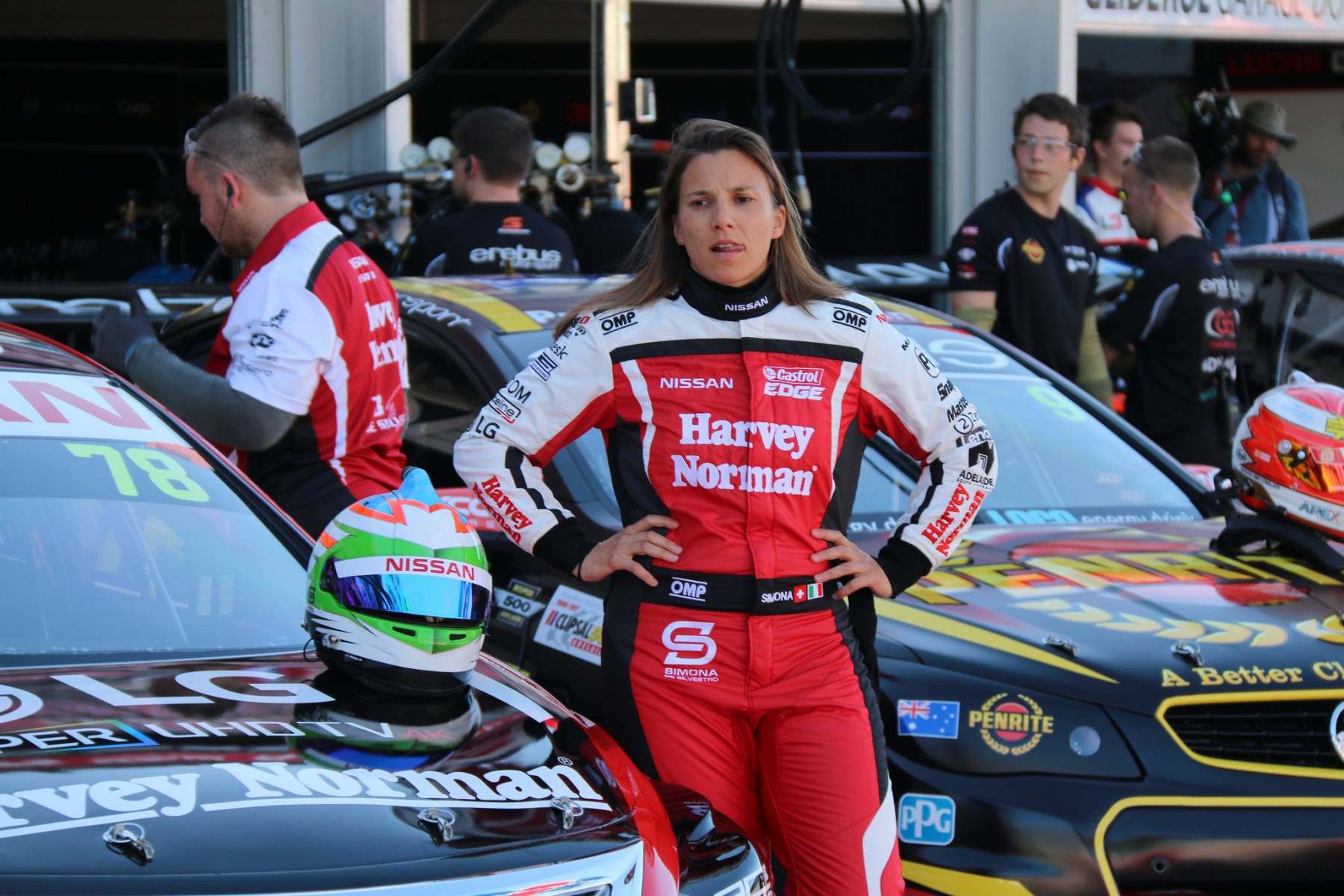 Swiss driver Simona de Silvestro has been warned to expect a rough welcome from her new Supercars rivals at the Clipsal 500 Adelaide.

While the 28-year-old Swiss has two Supercheap Auto Bathurst 1000s under her belt, today will be her first proper taste of what it’s like in the Supercars pack.

De Silvestro will start today’s race from 24th on the grid after ending a steady Friday 1.4s from the outright pace aboard her Harvey Norman backed Nissan Altima.

A long-time open-wheel racer, De Silvestro will have to adapt quickly to the fierce door-to-door combat seen in Supercars, especially on tight street courses such as Adelaide.

Despite arriving with solid pedigrees, each found it tough going in the ultra-competitive Virgin Australia Supercars Championship.

“It’s the biggest thing I’ve been thinking about over the winter,” De Silvestro told Supercars.com when asked of how she’ll fare in direct combat.

“I’ve never raced door-to-door or pushed anybody. It’s something completely new to me.

“I watched a lot of videos and now it’s going to be about feeling how it really is.

“(Alex) Premat warned me that my first year is going to be a bit tough.

“I’m sure they’re not going to make it easy for me.”

While the Supercars regulars debated the finer points of a revised driving code and redress policy on Thursday, the prospect of continuing at all after contact is new to De Silvestro.

“Bumping someone and letting them back through had never occurred to me because you can’t do that in an IndyCar,” she said of the driving code. “But that’s the rules.”

A fan of street circuits during her IndyCar career, De Silvestro admits that Adelaide provides an even greater challenge in the Supercar than permanent venues such as Sydney Motorsport Park.

“It’s getting there but it’s just not natural to me,” she said of adjusting to the car.

“I’ve got such a headache because I’m just thinking so much while I’m driving.

“I always get a bit frustrated with myself because I want to be really fast, but I’ve got to learn that it’s going to be a little bit longer here.

“At Sydney, finding the grip was a bit more natural to me, but here it bounces around so much more, it’s harder to tell really how much grip you have.

“In Sydney when we put the new tyre on I could just lean on it and it was more like an open-wheel car where I knew what to expect.

“Here you hit kerbs, land and the car moves around, you really have to trust it. That’s the big difference.”

Focussed on improving each session, De Silvestro has set a simple goal for her weekend.

“Finishing both races is going to be the most important part,” she said.

“It’d be good to get two races under our belt to learn as much as we can.”

2017 Clipsal 500 Adelaide  ›
Stay In The Know
Sign up to the Virgin Australia Supercars Championship Newsletter
This website uses cookies to improve your user experience. By continuing, you will be providing your consent to our use of cookies.Ok