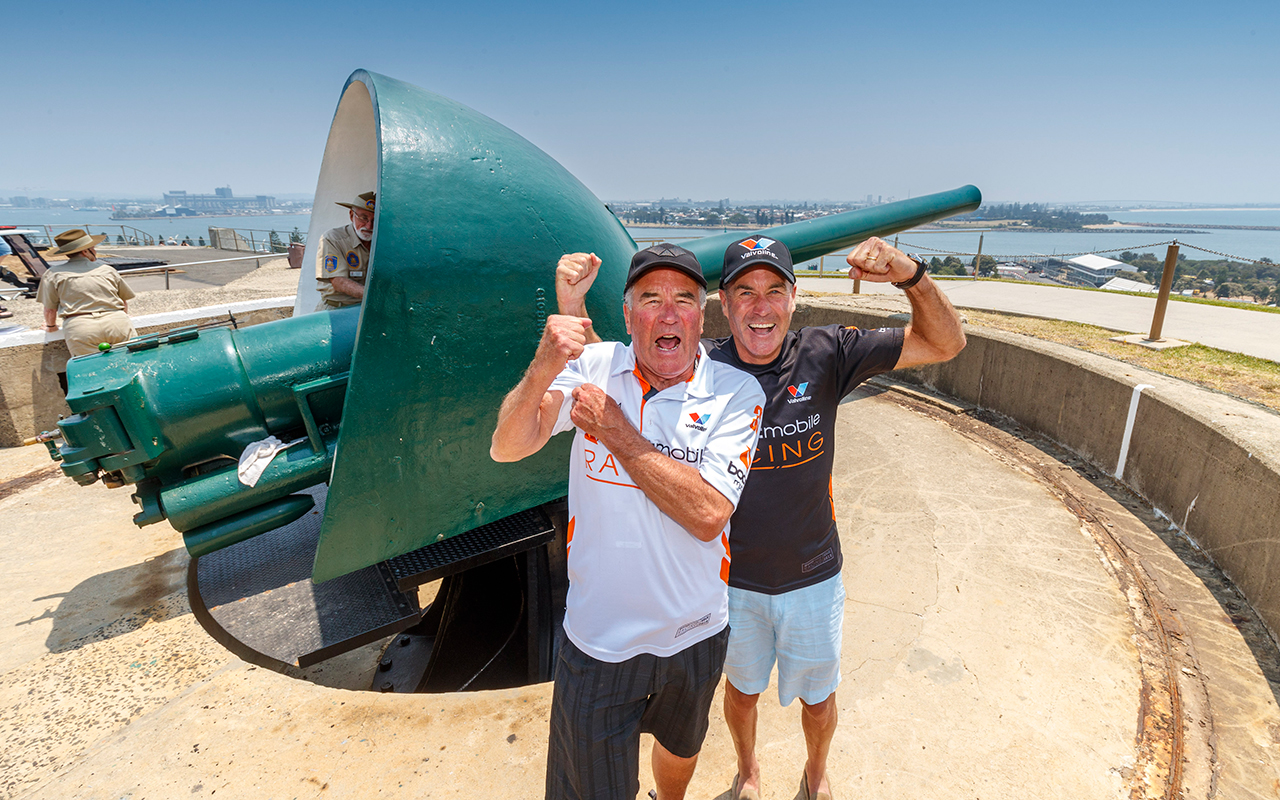 Supercars teams and drivers will pay tribute to departing rivals Garry Rogers Motorsport on Saturday at the Coates Hire Newcastle 500.

GRM’s 24-year stint in the category is set to come to a close, with the squad electing against entering for 2020 by October’s deadline.

Team owner Rogers is a true Supercars legend, renowned for giving opportunities to young talent, and adding colour and humour to the paddock.

Rogers, whose team won the Bathurst 1000 in 2000 with Tander and Bargwanna, was inducted into the Supercars Hall of Fame four years ago.

Following the drivers’ parade on Saturday, drivers and teams will line-up in pitlane to pay tribute to the 74-year-old’s contribution to the sport.

Rogers began GRM’s final Supercars weekend with a ceremonial firing of the cannons at Fort Scratchley alongside son and team director Barry.

“It’s like any other event, I’m looking forward to it,” said Rogers of the occasion.

“I haven’t done anything really different myself. Hopefully the boys have prepared a bit better because frankly the cars haven’t been flash.

“[But] it’s not like I haven’t had any fun, I’ve had an enormous time. To me, this will be just another race meeting to have fun at and hopefully we will have a reasonable result.

“I’ve threatened I might dress up to the extreme because it’s the last one, so now I’m about to go and find somewhere, I don’t know whether there’s a magician’s shop or a dress-up shop....