Matt Stone Racing's Todd Hazelwood believes a top 10 was on the cards on Sunday at Hidden Valley if not for a pitstop delay, having also lost key cooling aids.

After crossing the line 18th on Saturday, delayed by an early incident, Hazelwood started 12th and finished 13th in the second leg of the BetEasy Darwin Triple Crown.

He ran 11th through the first and second stints, but emerged from his slower final stop in 19th place.

"It all kind of amplified in the middle of the race," Hazelwood told Supercars Trackside.

"The helmet fan came off halfway through that second stint and on a hot day you really need that sort of stuff working for you.

"But I'm really happy for the team, P13 is a really good result.

"Unfortunately we lost about nine seconds in the pits, so if we didn't have that I think we should've been inside the top 10.

"It's a really solid effort considering [Saturday] we were P-nowhere and we didn't really have any pace, so I'm really proud of the team at UNIT Racing." 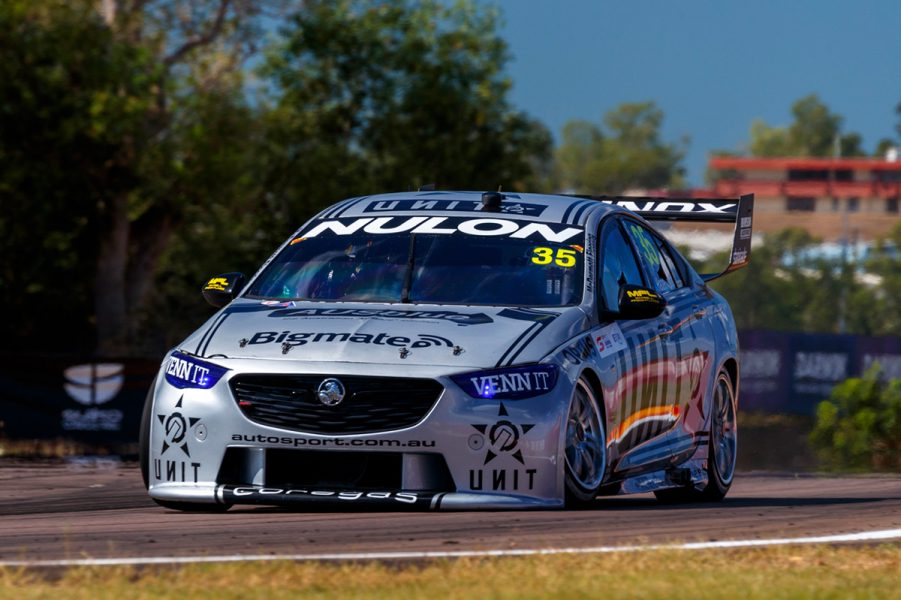 The 23-year-old said he tried to put the heat out of his mind, and eventually snatched 13th from James Courtney on the run to the chequered flag.

"It's obviously a hot day, but I think if you're worried about the heat you're already half-cooked anyway," he said.

"I just tried to avoid that and press on with the job and we had a really strong end.

"Had a great battle there with James Courtney and went across the line side-by-side and just got him, so it was a really cool race."

Hazelwood heads to next month's Watpac Townsville 400 sitting 17th in the points, keen to attack another street circuit.

The season opener in Adelaide was his strongest showing in Supercars, including a maiden Shootout berth and top-10 finish.

"I think that's going to be a really strong track for us," he said.

"We've always been strong at the street circuits and that's a track that I always enjoy, so bring on the next one."