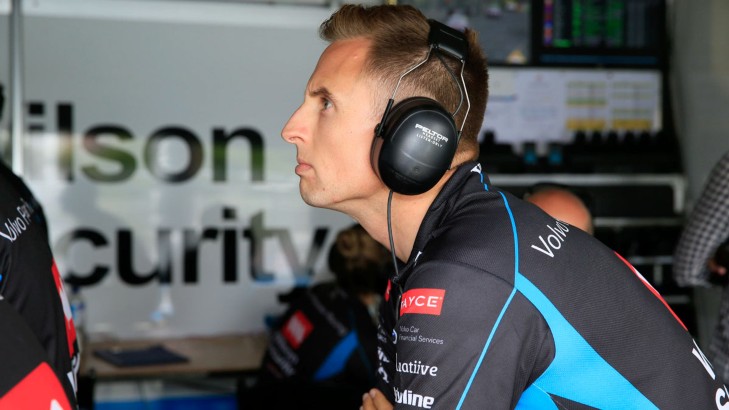 Super Black Racing will have a new Kiwi driver behind the wheel for this weekend's WD-40 Phillip Island SuperSprintwith Chris Pither to drive the #111 as the team evaluates him for a potential 2016 race seat.

The 28-year-old competes in the V8 Supercars Dunlop Series and has been a co-driver in the Pirtek Enduro Cup in recent seasons, most recently with Wilson Security GRM.

"We are using Phillip Island to evaluate Chris for next season so we look forward to seeing how he settles in," said Super Black Racing owner Tony Lentino.

"He has experience, is passionate and understands the V8 Supercars landscape well, plus he is a Kiwi too which is obviously an important factor when selecting a driver for New Zealand's only V8 Supercars team.

"Andre Heimgartner will sit out this weekend and while we understand this has been a difficult situation for him, he has accepted it and both parties agree this change is in the team's best interest.

"It's hard being a rookie in this game and being with a rookie team has added to the challenge this year. This isn't necessarily the end of our partnership but we'll get through Phillip Island and evaluate things from there."

"I'd like to thank Tony and the team at Super Black Racing for giving me the opportunity to race at Phillip Island," Pither said.

"It is a genuine opportunity for me to show what I can do and to learn about the team as we look at the potential to work together in 2016.

"Obviously stepping in this late in the season won't be easy but to have the resources of Prodrive Racing behind me will certainly make it easier. I have been driving the ex-Prodrive Ice Break Racing Falcon all year, which I will still drive at Homebush, so I know they build a good car.

"To get a drive in the V8 Supercars Championship is special and as a Kiwi, to do so with New Zealand's only team makes it even better."

New Zealand businessman Lentino is unavailable for the final two events of the season so will temporarily hand over team owner duties to friend and Prodrive Racing co-owner Rusty French.

Chris Pither  ›
Stay In The Know
Sign up to the Virgin Australia Supercars Championship Newsletter
We use cookies to ensure that we give you the best experience on our website. If you continue to use this site we will assume that you are happy with it.Ok