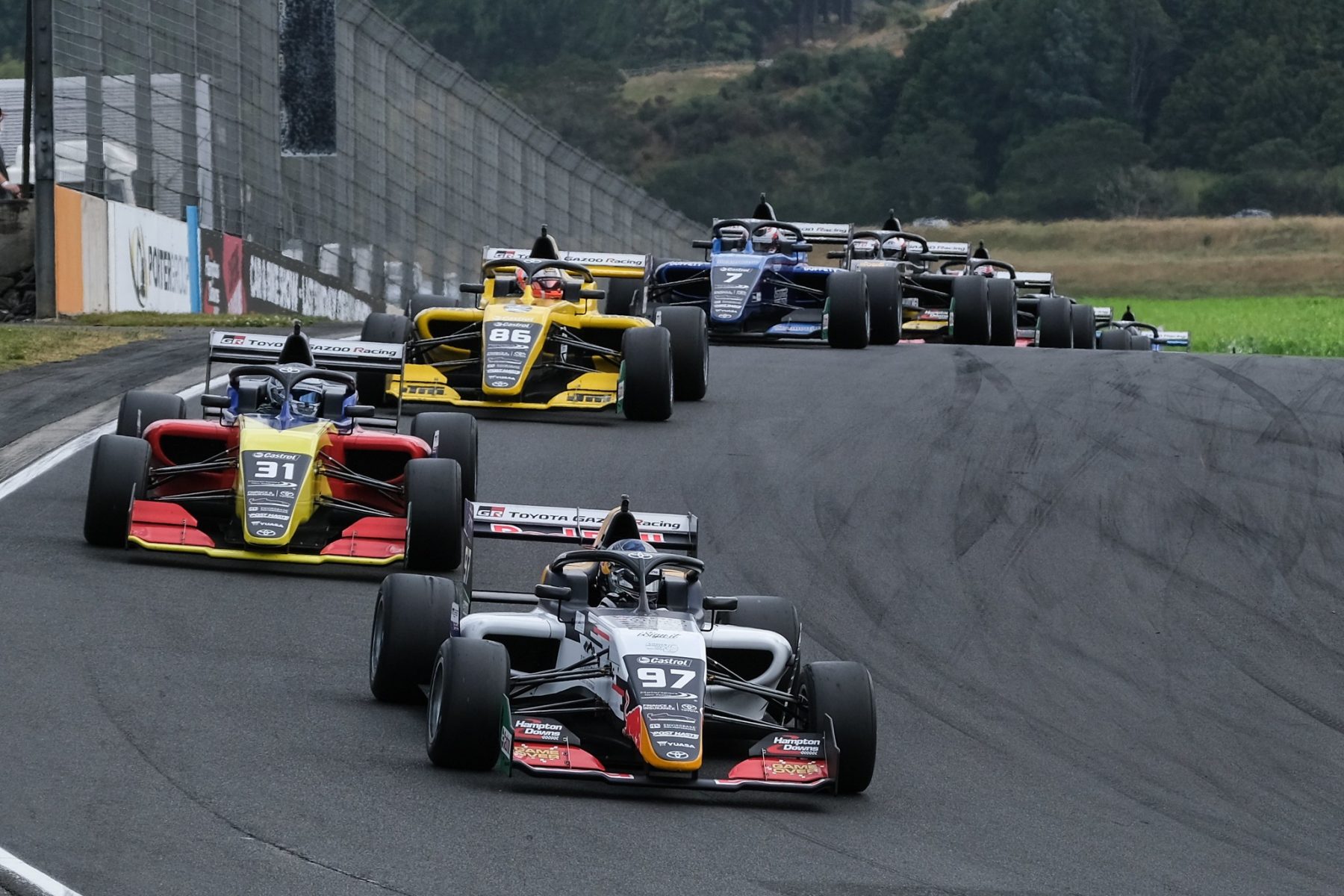 It marks the Supercars star’s first win in the marquee race, with van Gisbergen winning both curtain raiser races.

The Kiwi was favourite for the 66th running of the grand prix, which was held at Hampton Downs Motorsport Park.

He backed up his Race 1 win on Saturday with victory in the morning Race 2, leading from pole position.

As it was on Saturday, Race 2 saw the battle for the win fought between van Gisbergen and countryman Chris van der Drift.

The Red Bull Ampol Racing ace, who won the most previous Supercars race at last October’s Bathurst 1000, had his charge halted by a mid-race Safety Car. 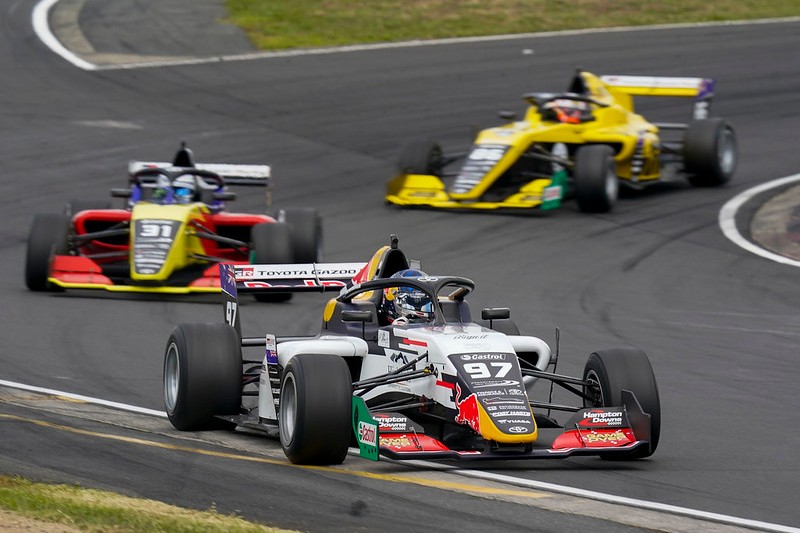 When the race resumed following the full-course yellow for Tom Alexander’s beached car, van Gisbergen had to defend from van der Drift for nine laps.

Van der Drift drew alongside the #97 into Turn 2, allowing Brendon Leitch into the fight.

However, he later made contact with Supercars driver Andre Heimgartner at the Turn 2 hairpin.

Heimgartner, who will return to Kelly Grove Racing in 2021, was forced to stop on the circuit.

The Safety Car was deployed again, with van Gisbergen allowed a free kick to victory ahead of van der Drift, Matthew Payne and Kaleb Ngatoa.

The morning's wet qualifying session saw van Gisbergen line up 10th for the feature race, but he suffered drama even before the lights went out. 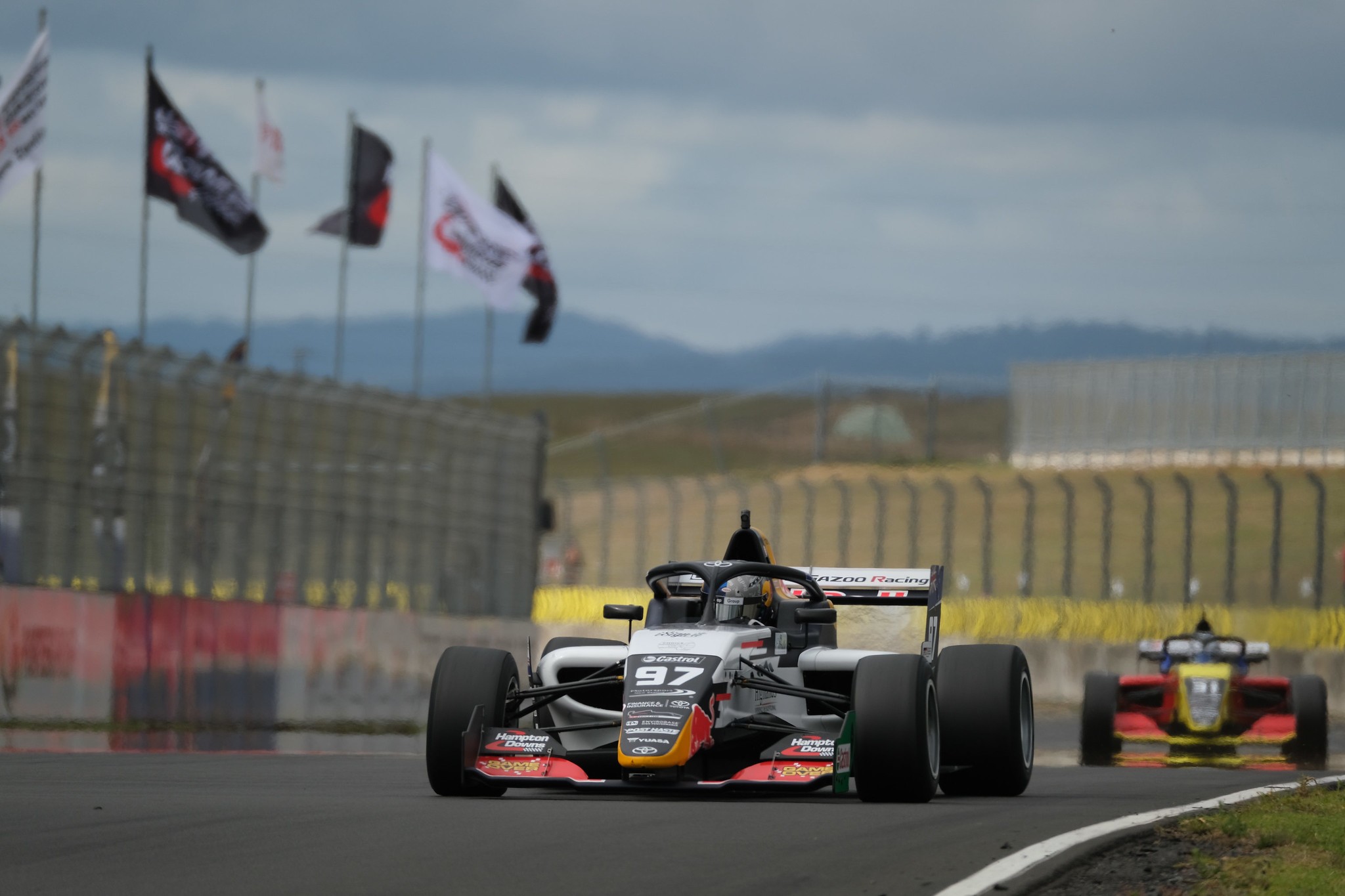 However, he couldn’t take to the grid after his crew missed the cut-off time to exit pit lane.

In a brilliant comeback effort, the 31-year-old charged through the field from 16th, and took the lead with 10 laps remaining. 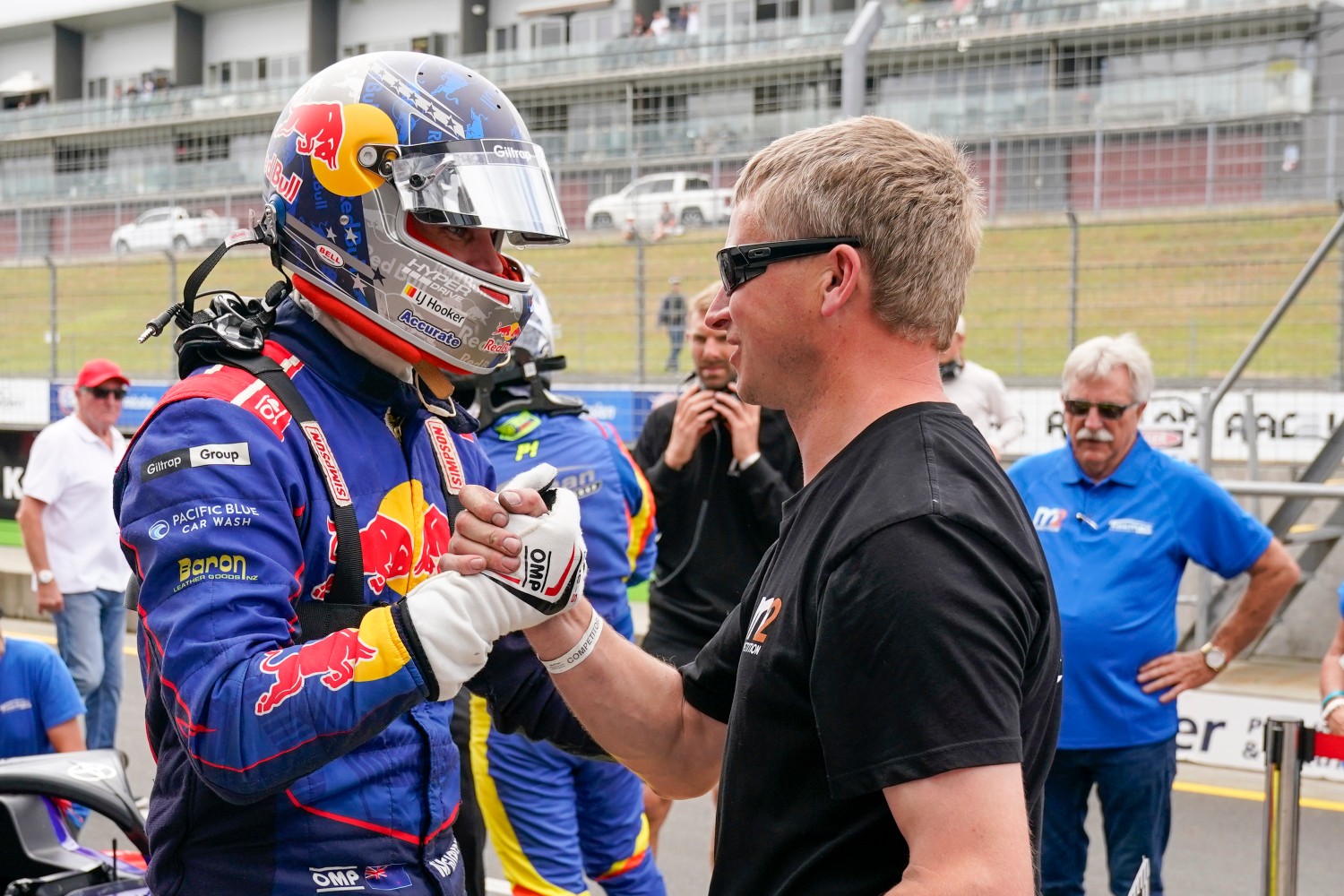 Van der Drift's charge was halted when he damaged his front wing following contact with Gaunt.

A Safety Car for the stranded car of Peter Vodanovich helped van Gisbergen into contention, with the 40-time Supercars race winner into fourth by lap 14.

A move on Ngatoa helped van Gisbergen into the podium places on lap 15, before he reeled off Heimgartner and Gaunt before opening up a two-second lead.

The end margin between van Gisbergen and Heimgartner was 2.27s, with Payne a further 1.35s adrift.

Ngatoa, van der Drift, Damon Leitch and Brendon Leitch all picked off Gaunt, who struggled to eighth ahead of Billy Frazer and Murphy.

Van Gisbergen and Heimgartner will return to competitive Supercars action at next month’s Repco Mt Panorama 500. Tickets are on sale now.