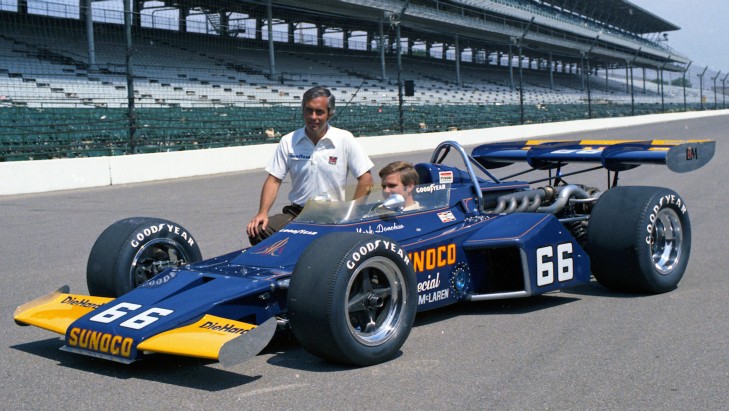 Many would argue, and have a strong case, that Roger Penske has had as much influence on world motorsport as the large as life yet diminutive czar of Formula One Bernie Ecclestone.

American tycoon Penske's business acumen and pursuit of excellence has long served as the blueprint for the likes of Ecclestone and so many other figureheads in F1, IndyCar, and NASCAR.

In terms of influence, it's easy to argue Penske's place as the sport's prime mover for more than 50 years, and for those who know the man nicknamed "The Captain" it has been achieved with a quiet sense of humility and dignity.

The 77-year-old former driver comes to V8 Supercars and Dick Johnson Racing with a resume that reads like pure fiction, yet his accomplishments under the Team Penske banner serve as a beacon for even the most accomplished racing organisations.

The Captain has made the Indianapolis 500 his personal playground, winning the legendary event 15 times since 1968. The 13 IndyCar Championships, including this year's title with Toowoomba native Will Power, ranks first, and the team's 174 victories also moves them ahead of any other team by a wide margin.

Penske has also conquered NASCAR, winning two championships, including the 2012 Sprint Car title with Brad Keselowski. Adding to the Penske legend, a three-year stint in F1 from 1974-1976 netted a win for drive John Watson in the Penske PC3 chassisthe last win for an American entrant and car in the series.

A longstanding relationship with German manufacturer Porsche added to Penske's early lore with the fearsome 917/30 Can-Am prototypes, and outside of his team's peerless results in open-wheel and stock car racing, Penske's success in sports cars has been a benchmark for decades.

Away from racing there is a far bigger picture to Penske the businessman who has made a point of directly linking his racing success to his massive global business empire; exactly what he plans within Australia by teaming up with DJR. 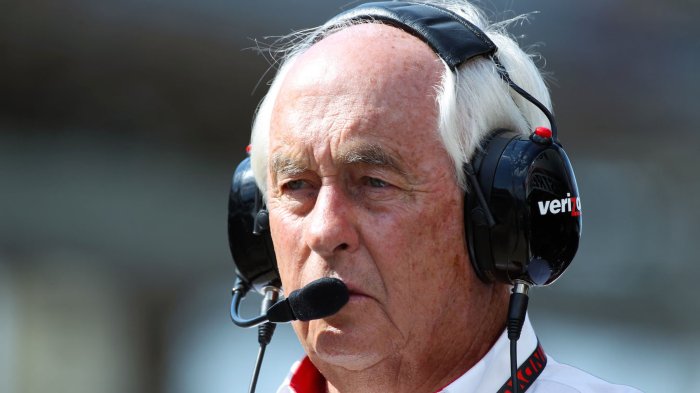 The Penske Corporation became a multi-billion dollar industry, employed more than 28,000 people, and had more than 1800 facilities throughout the world.

As he continued to build his business empire, Penske acquired racetracks. He became the owner of Michigan Speedway, Nazareth (Pennsylvania) Speedway, North Carolina Motor Speedway and, in 1997, he built the state-of the-art California Speedway, a few miles from Los Angeles.

The holdings of the Penske Corporation came to include Detroit Diesel Corporation, Diesel Technology Company, Penske Truck Leasing Company, Penske Automotive Group, Penske Auto Centres and Penske Motorsports, handling the motor racing activities. Penske also became the co-owner of cars belonging to other racing teams that he thought were innovative, or could win.

Penske always exuded a star quality, standing calm and self-assured in his racing pits, but he tended to avoid crowds and publicity. He was recruited to succeed Lee Iacocca at Chrysler Corporation, a job he did not take. He sat on the board of directors of General Electric and Philip Morris. Unlike most other Chief Executive Officers of billion dollar corporations, Penske continued to don a fire suit so that he could personally manage the racing teams he loved.

Among his portfolio include the Penske Automotive Group with 151 United States car dealerships and 101 international car dealerships, the second-largest dealership group in the world.

Penske also is one of the corporate directors at General Electric and was chairman of Super Bowl XL in Detroit, Michigan. He was previously on the board of The Home Depot and Delphi Automotive before resigning to chair the Detroit Super Bowl Committee.

No one commits more dollars, more resources, or hires better staff than Penske, making his partnership with DJR and Marcos Ambrose a genuinely frightening proposition.

He's the owner everyone in IndyCar and NASCAR wants to work with or driver for, the first stop for the biggest sponsors, a partner to both Ford AND Chevy, and more than 400 total pro racing victories, he's become the winningest entrant in North America.

Once the full might of Penske's town-sized operation in North Carolina gets a proper grasp of the V8 Supercars, you can expect The Captain to add more wins to his tally with DJR.

16/09/2014
Related Content
15' DJR Team Penske ›
Stay In The Know
Sign up to the Virgin Australia Supercars Championship Newsletter
We use cookies to ensure that we give you the best experience on our website. If you continue to use this site we will assume that you are happy with it.Ok