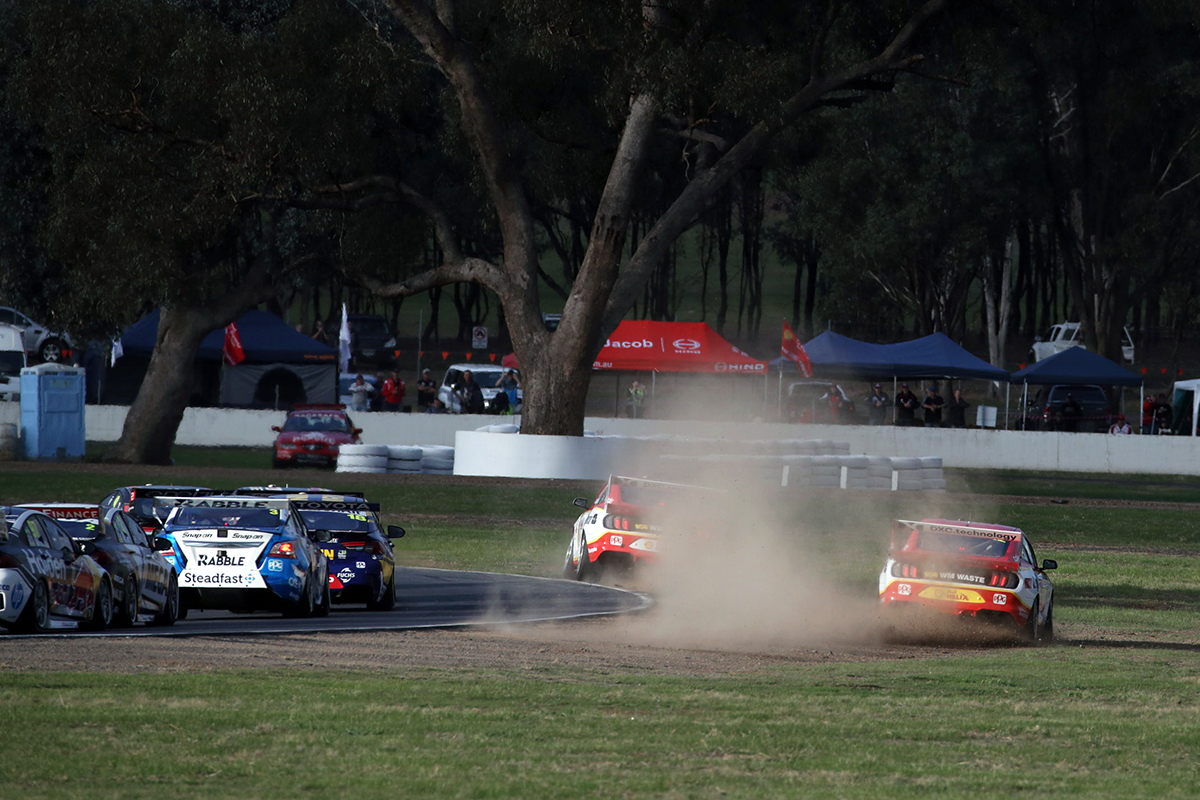 Scott McLaughlin says he and Shell V-Power Racing team-mate Fabian Coulthard were emailed by Roger Penske in the wake of their first-lap clash on Saturday.

The DJR Team Penske Mustangs collided at Winton's Turn 5 as McLaughlin tried to go around the outside of Coulthard, who was penalised for the incident.

McLaughlin went on to win the race while Coulthard had to settle for 15th.

Coulthard acknowledged he "broke the policy" within the team of not making contact, which McLaughlin says Penske reiterated overnight from the US, ahead of the Indy 500.

The pair shared the front row on Sunday but got through the first sequence of corners smoothly, McLaughlin eventually leading the team's sixth one-two for the season.

"We got an email from Roger basically telling us 'don't hit each other'," McLaughlin told Supercars Trackside.

"Team points are vital. It was pretty tight, we got through and tried to build a gap as best as I could.

"That first stint I was pushing so hard to try and have safety, when you pull out of the pits you don't have to fight anyone.

"It was a really good race." 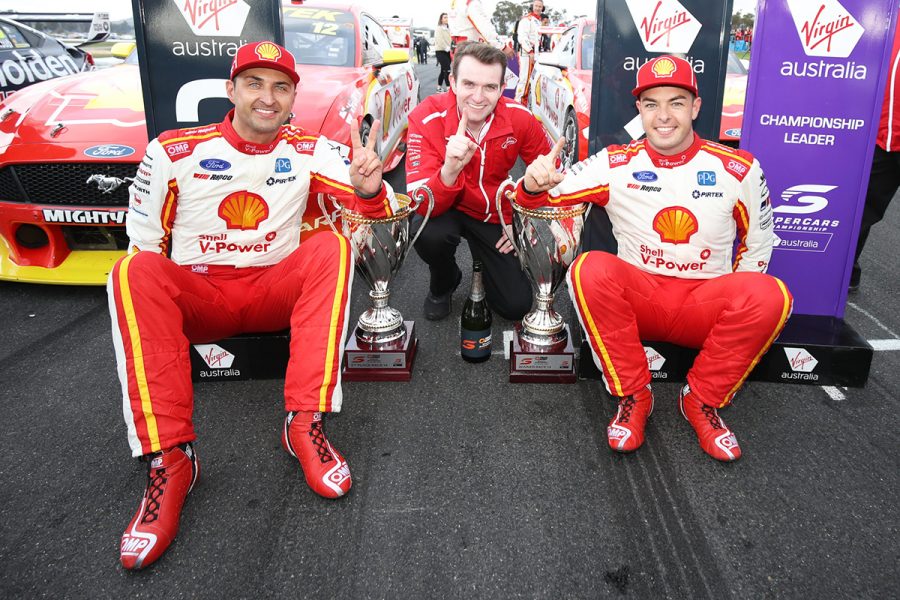 McLaughlin led by eight seconds in the final stint, but that gap was wiped with a late Safety Car period.

He did not face a significant challenge from Coulthard in the run home, and claimed the 10th victory of his title defence.

"The first two stints we were pushing really hard and it was just to get to that last stint," he said.

"And when we knew we had an amazing gap, it was important to make sure you had something in the bank in case you had a Safety Car, and we had some in the bank."

McLaughlin's championship lead over Coulthard grew by nearly 100 points across the weekend, largely on Saturday, and he is now 244 points clear.

The 25-year-old did, though, battle cramp in his left forearm on Sunday afternoon.

"I actually got a little bit of cramp in the race," he said.

"I was smacking it down the straight, trying to get it to wake up.

"It's hard, you don't get a break, you're constantly plucking gears, it's crazy."