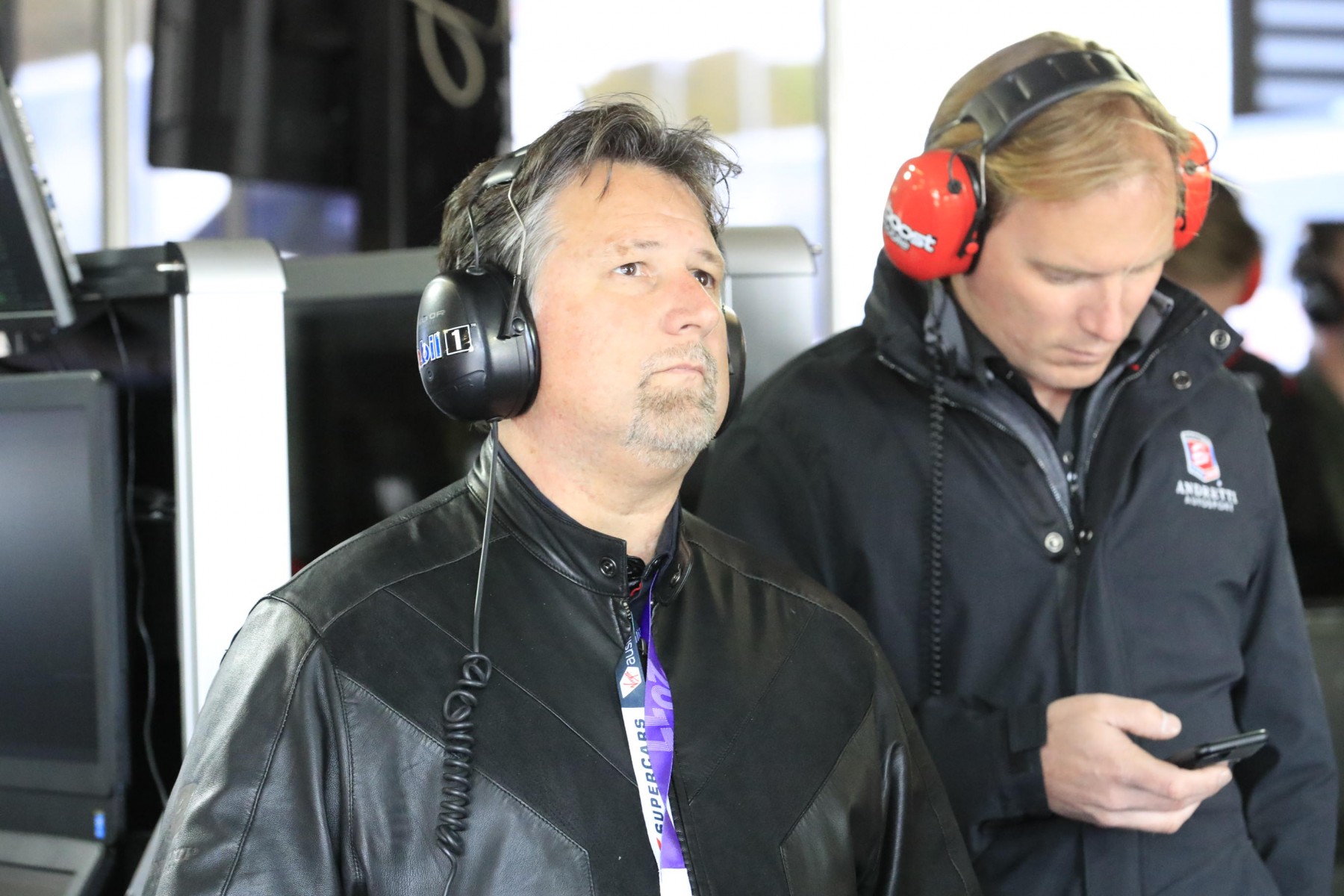 Andretti admits that Penske’s involvement was a major motivator in making the Supercars plunge, continuing a rivalry between the legendary names that has raged in America’s IndyCar Series for decades.

While Penske has welcomed the increased competition, Denker stresses that the move shows the strength of Supercars and the ability to add value to even the most decorated of racing organisations.

Denker and the Penske Corporation’s vice-president of marketing, Jonathan Gibson, have both ventured to Bathurst this weekend despite the absence of Roger Penske himself and Team Penske president Tim Cindric.

The duo are at Petit Le Mans at Road Atlanta, Georgia, overseeing Team Penske’s debut in the WeatherTech United Sportscar Championship, which adds to the giant’s IndyCar, NASCAR and Supercars programs.

“I think you look at the people who have got involved with this, Zak Brown and of course Michael, they are two people that have been very successful in the sport of racing,” said Denker of the move to create Walkinshaw Andretti United from 2018.

“Michael has got his legacy himself, which is terrific on its own, but with Zak obviously involved now with the McLaren organisation, I think it shows the confidence that people overseas have in this series.

“It shows the strength of the series over the last few years as well. They wouldn’t be getting involved if they didn’t think - like we do - that this is a place to grow your brand, grow with your sponsors and see a sport like you see today with a high trajectory for growth.

“I think it’s great all around. Having those two organisations coming in is nothing but good news.”

Walkinshaw and Andretti have both said since the announcement that they expect their deal to attract further interest from IndyCar squads, including Chip Ganassi Racing.

“I’m sure Chip is going to be watching this,” smiled Andretti of IndyCar’s other powerhouse, which like Penske is also a major player in NASCAR.