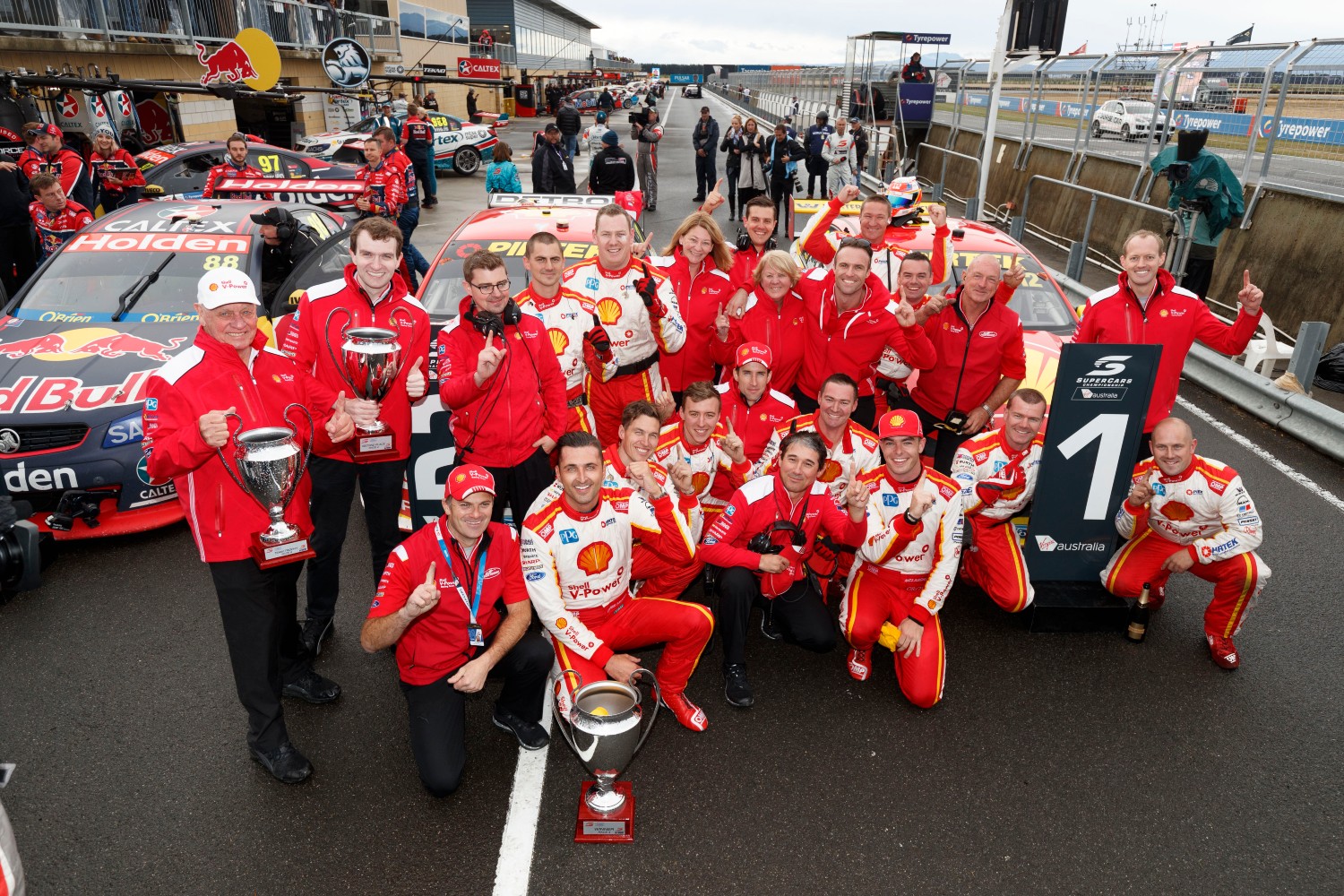 Between 2017 and 2020, the Shell V-Power Racing Team was a near-unstoppable force.

On April 9, 2017, the iconic team won its first race under its new DJR Team Penske guise, with Fabian Coulthard leading Scott McLaughlin in a one-two at Symmons Plains, which will host the next round of the 2021 season.

A day after a 12-car pile-up saw a race recorded without championship points, the Ford team returned to record one of its most famous wins.

For a team which has won 137 races and claimed 118 pole positions, the Dick Johnson squad’s Sunday breakthrough, in some ways, felt like its first.

The team hadn’t won a race for nearly four years, and was on the brink of collapse.

When Roger Penske arrived to the fold at the end of 2014, it seemed like a matter of time before the famous DJR name hit the front. 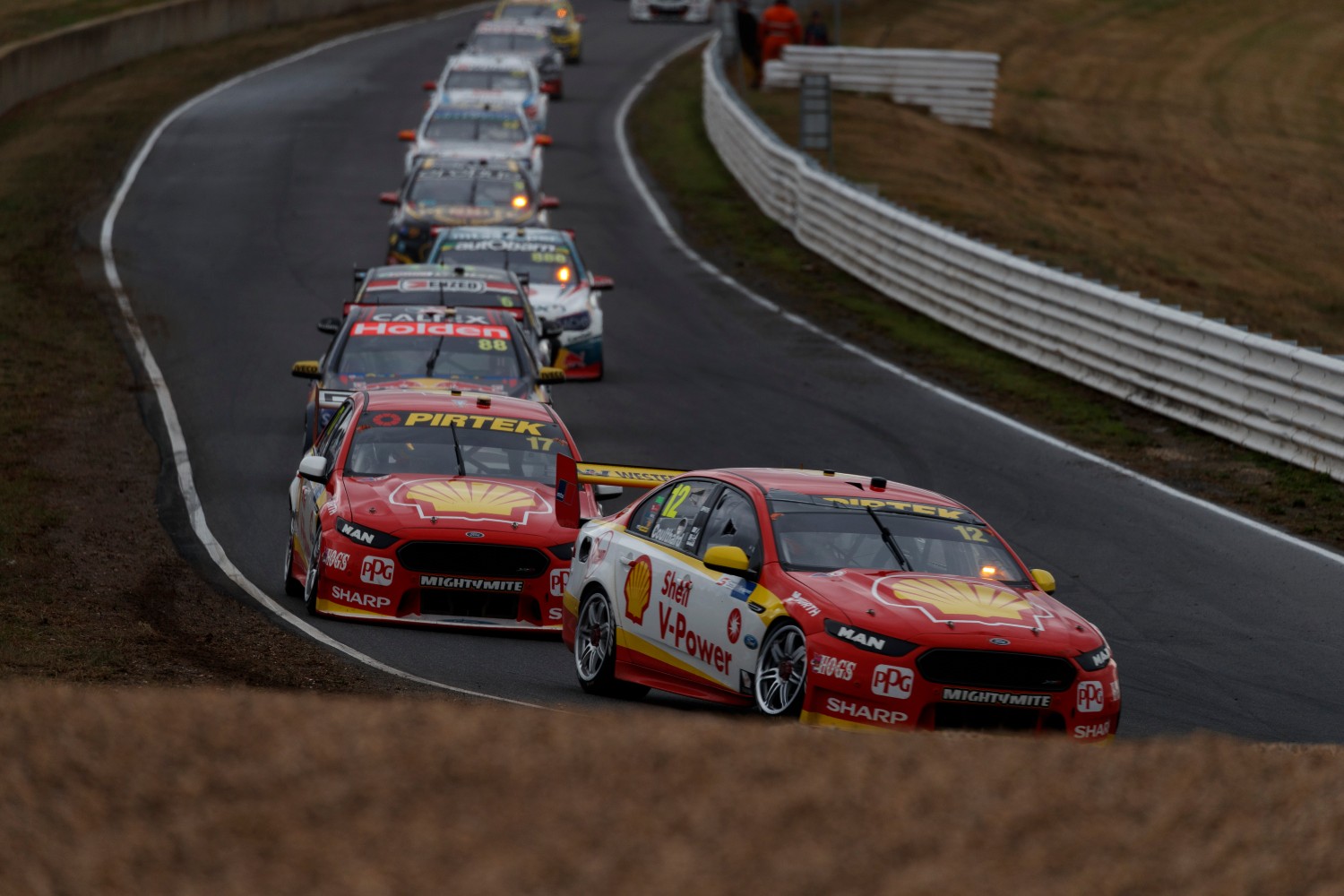 When McLaughlin arrived from Garry Rogers Motorsport in the off-season, it was clear that Johnson and Penske meant business.

However, the team’s first win under its new moniker came via Coulthard, who arrived from Brad Jones Racing ahead of the 2016 season. 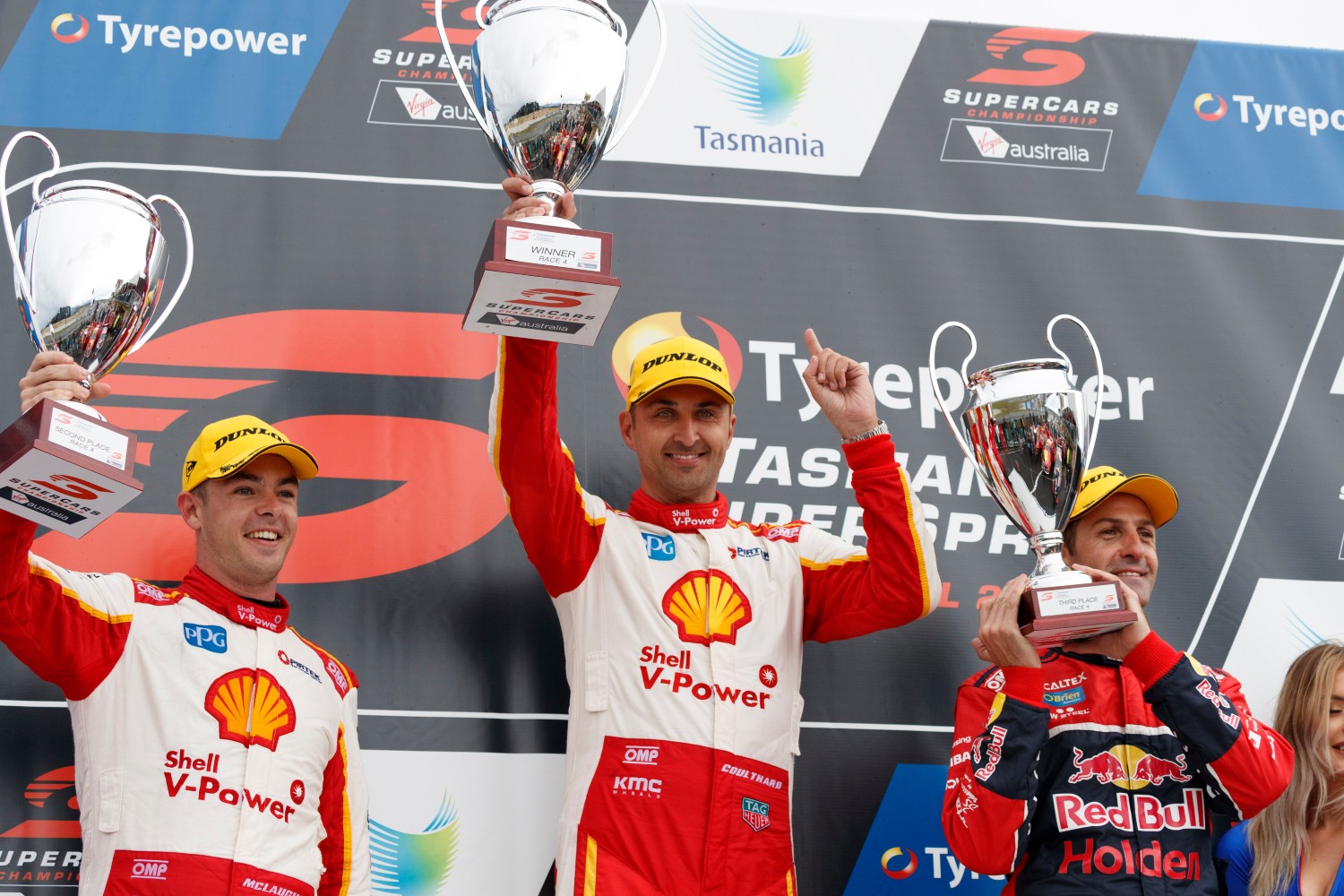 An error from Chaz Mostert on lap 58 allowed Coulthard through into the lead, which he retained until race’s end to claim a first win since Adelaide 2015.

A number of Safety Car interventions saw the 84-lapper shortened by eight laps, but that did little to halt Coulthard’s razing run to victory from sixth on the grid.

"I didn’t think it was possible after qualy, but in the dry the thing was a jet,” said a delighted Coulthard. 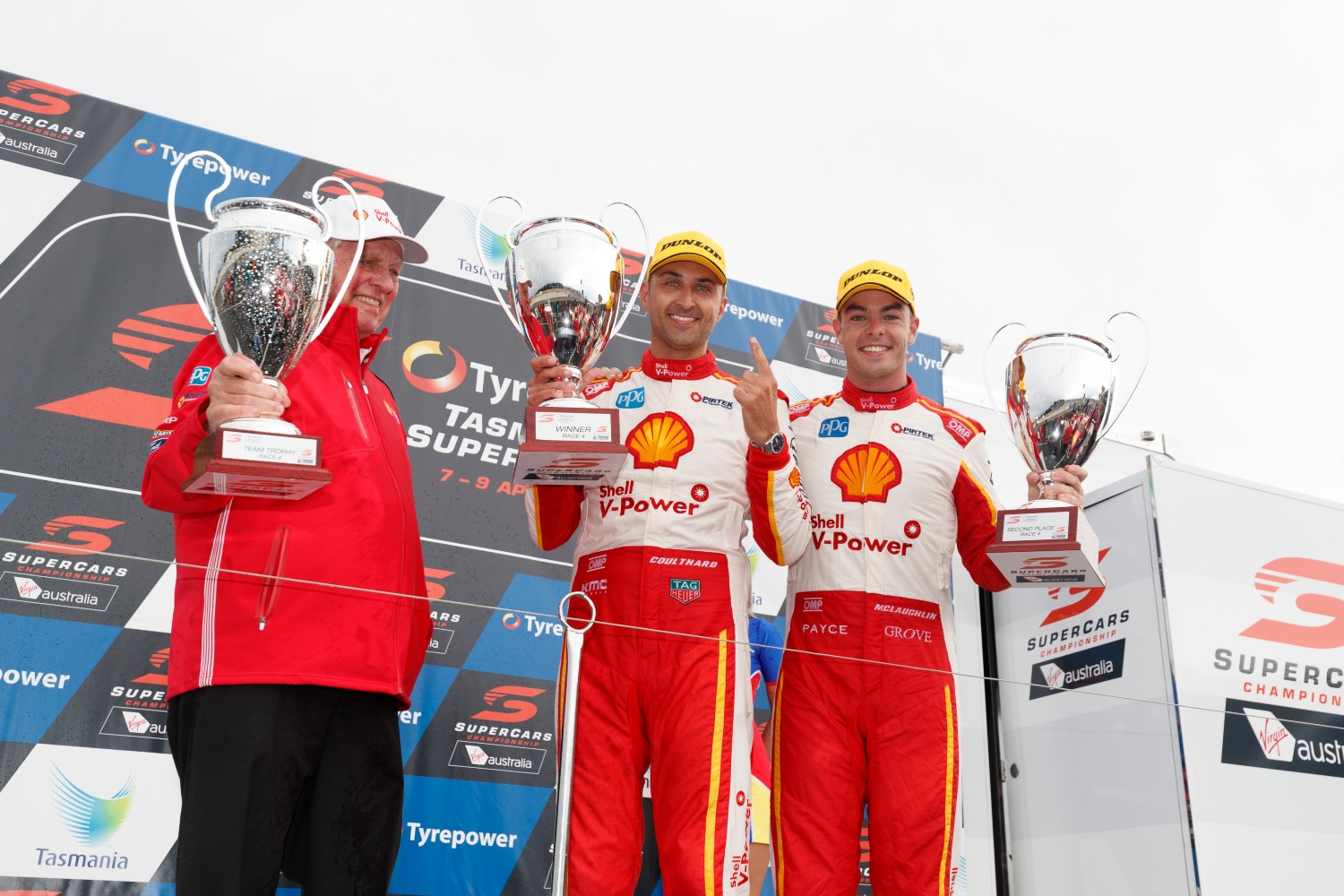 Johnson joins his star duo on the rostrum

"I think we should leave here pretty happy. A one-two for the team doesn’t get much better.”

While he fell short, McLaughlin would go on to carve out a stunning career in Shell colours, which included three straight titles between 2018 and 2020.

“He went through some hard yards last year and I’ve come in and been pretty lucky. 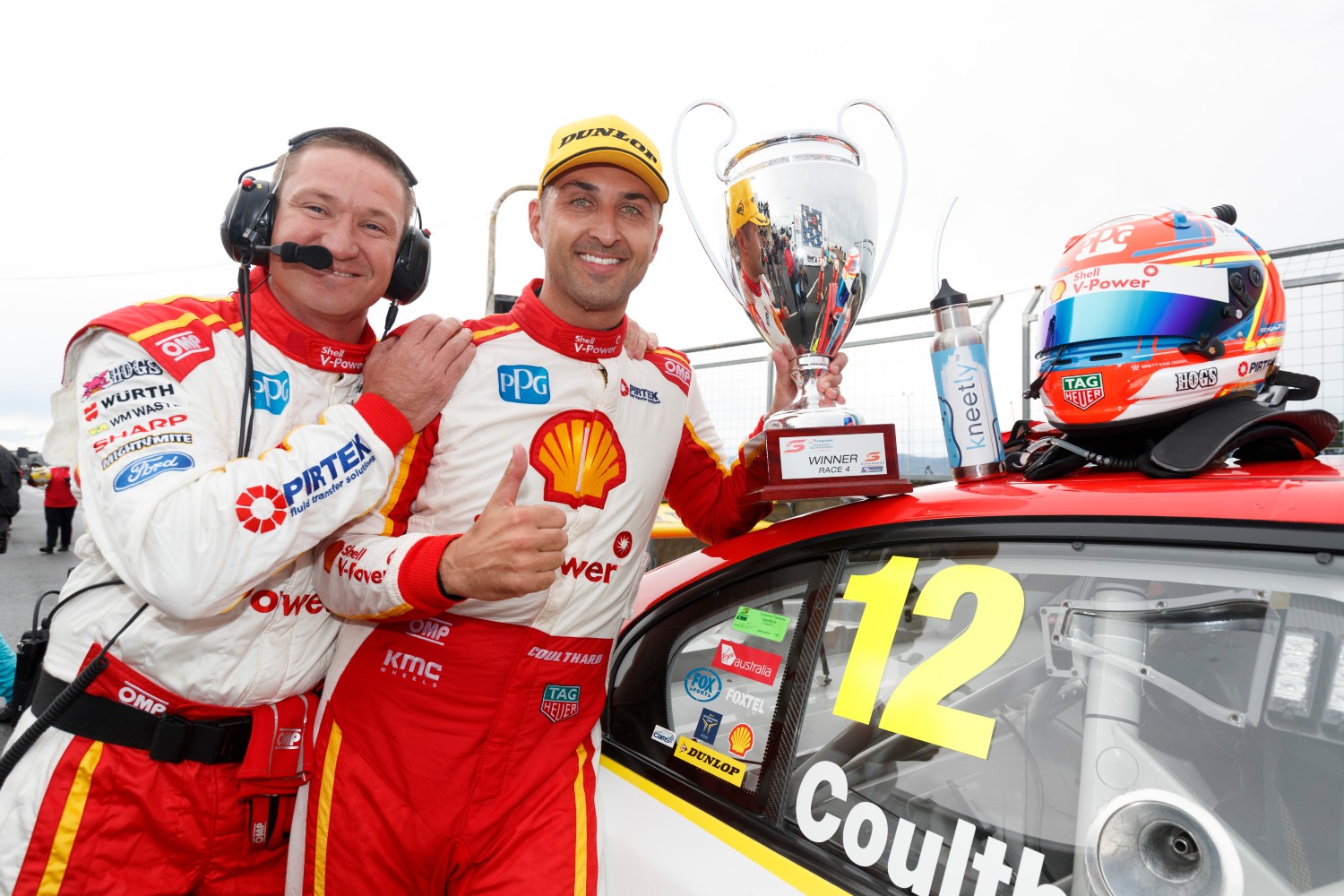 "He’s certainly going to push for the championship.”

That he did, Coulthard leading through the opening half of the season before finishing behind eventual champion Jamie Whincup and McLaughlin.