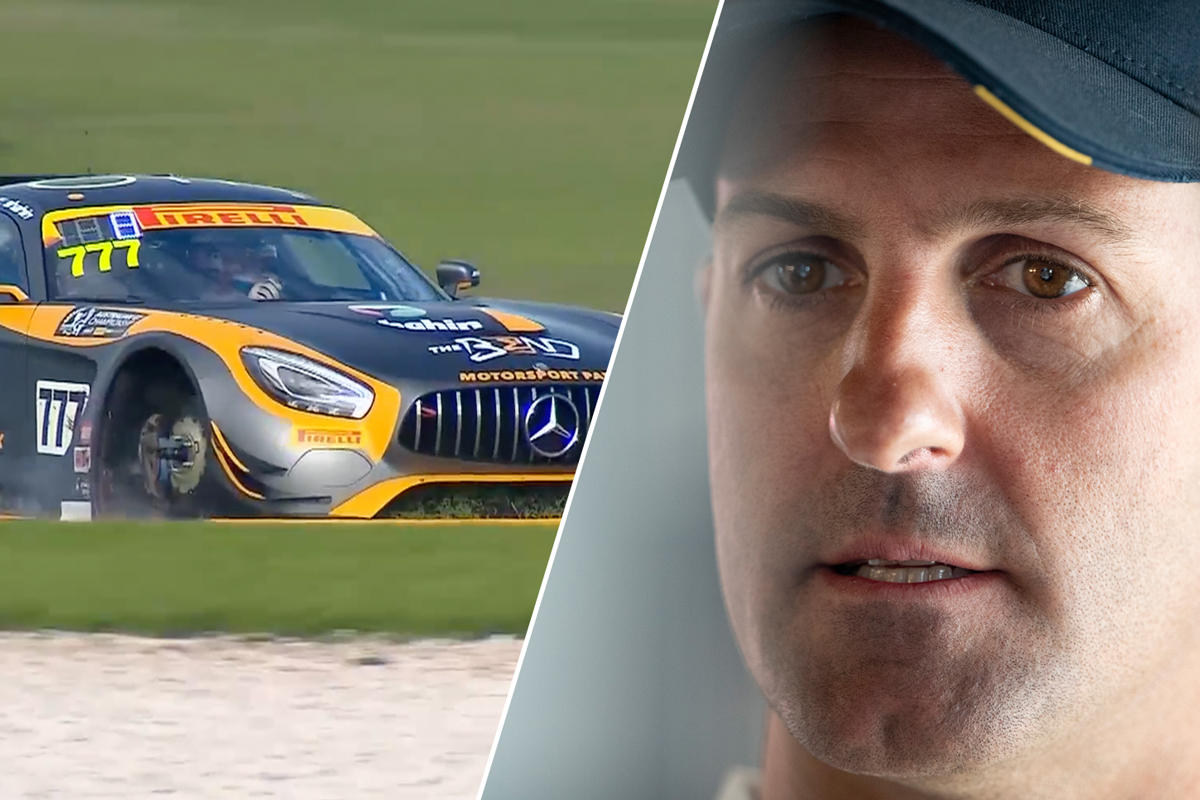 Jamie Whincup’s Australian GT debut at Phillip Island on Sunday came undone thanks to a now all too familiar problem for the seven-time Supercars champion.

Whincup was at the wheel of the Mercedes-AMG he shared with gentleman driver Yasser Shahin when it shed its right-front wheel on the outlap from its final pitstop.

Limping back to the pits, the Scott Taylor Motorsport crew fitted a new wheel, before Whincup returned to the track and salvaged 10th place from the three-hour enduro.

He’d been chasing eventual third-place finisher Tony D’Alberto in a sister STM Mercedes when the disaster struck just under an hour from the finish.

Whincup also had a right-front wheel part company with his Red Bull Holden at Phillip Island in April and at Bathurst last October, making for an unlikely trifecta.

“Plenty of fun with good people, heaps of speed, just not our day with a wheel falling off... yes that’s 3 in 6 months,” Whincup surmised on social media.

Plenty of fun with good people, heaps of speed just not our day with a wheel falling off.....yes that’s 3 in 6 months 🤷🏽‍♂️ @thebendmotorsportpark @scotttaylormoto

The Phillip Island Australian Endurance Championship round marked a rare appearance for Whincup outside of Supercars events.

He’s competed in the Bathurst 12 Hour enduro each February since 2017, but had not previously run a GT race during the Supercars season.

The Phillip Island effort came as part of his relationship with the Shahin family, for which he is an ambassador of their Bend Motorsport Park circuit.

STM’s team was also bolstered for the weekend by Triple Eight engineer Romy Mayer, who worked at AMG developing its GT3 car before joining the Supercars squad in 2015.

She was Whincup’s Supercars data engineer until this season, now taking a lead role on Triple Eight’s Super2 program, as well as working on its AMG customer entry in GT Asia.