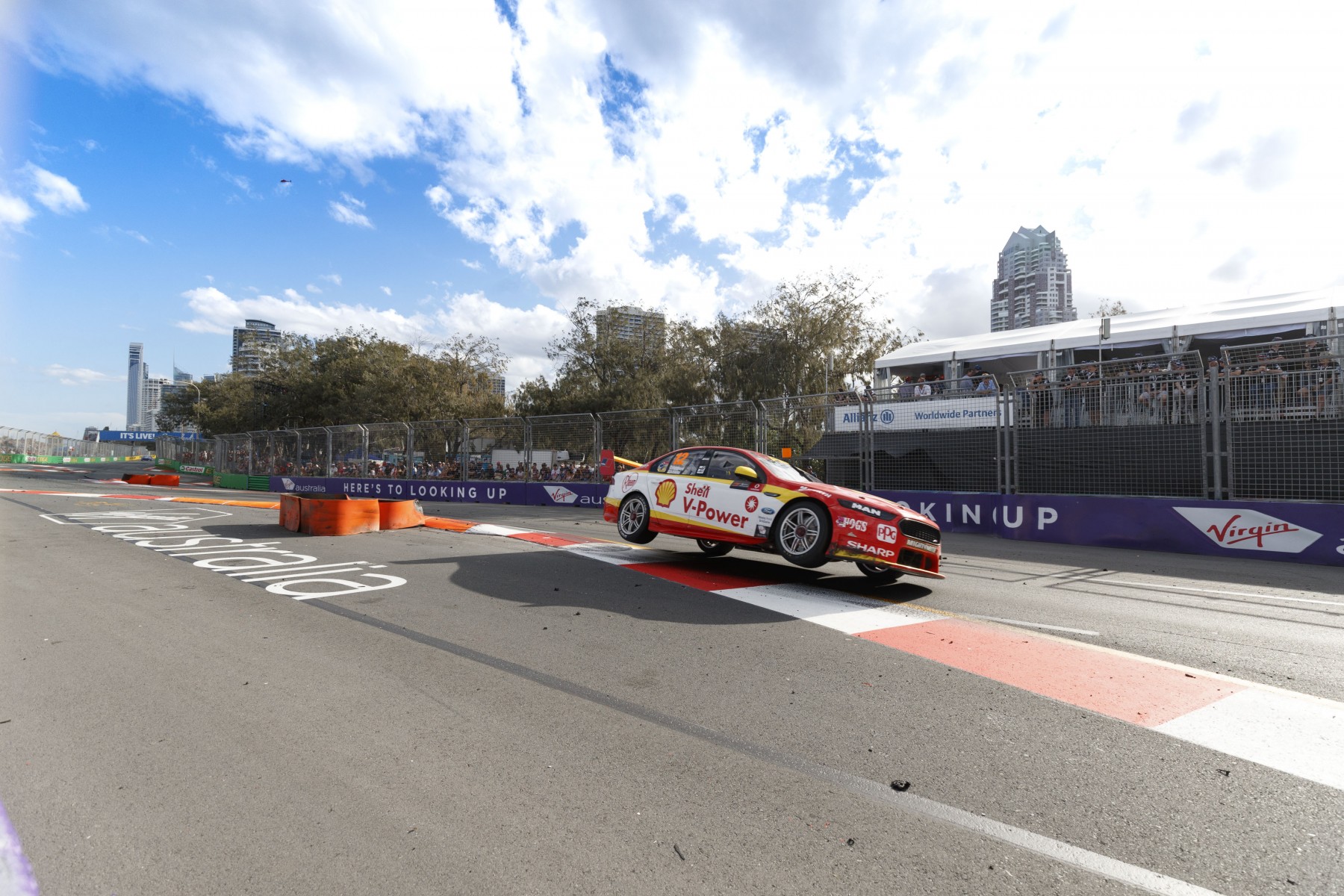 Coulthard and partner Becky Lamb welcomed twins Mackenzie and Carter last Monday, the day after the final leg of the Vodafone Gold Coast 600.

Set to travel to Pukekohe later than usual to maximise time with his new arrivals, Coulthard said it has otherwise not changed his preparation for the ITM Auckland SuperSprint.

“It has been so great,” Coulthard said of becoming a father.

“The biggest worry with new arrivals is if they are fit and healthy and we are very lucky that they both are.

“For them to be here and to be alive and kicking has brought a huge smile to my face and I have instant love for two little kids.

“Obviously the arrival of the twins has been great but I still have a job to do.

“I’ve been watching old races from Pukekohe on my laptop and doing some research. The mind is still thinking racing.”

With team-mate Scott McLaughlin a further 10 points behind, the top three in the championship are all covered by 27 points with two events remaining.

“Going to New Zealand leading the championship or going being second makes no difference,” he said.

“I want to go well at each and every event and that is what we are aiming to do.

“We are coming to Pukekohe this year with the most competitive package we’ve ever had.

“The team has provided both Scotty and I with quick cars and we’ve been able to contend for podiums at each and every event.

“I am expecting a good showing. Gold Coast was OK but not great.

“We are still in the championship hunt with two rounds remaining and it is going to be all guns blazing from here on in.”

Pukekohe was one of only three circuits where DJR Team Penske Falcons reached the podium in 2016.

Then team-mate Scott Pye picked that up, but Coulthard also had a fourth and a fifth from his results across the four races, and believes the squad’s 2017 pace puts them in good stead.

“We went good there last year and I don’t see it any different this year,” he said.

“Our package has been great pretty much everywhere we have been.”