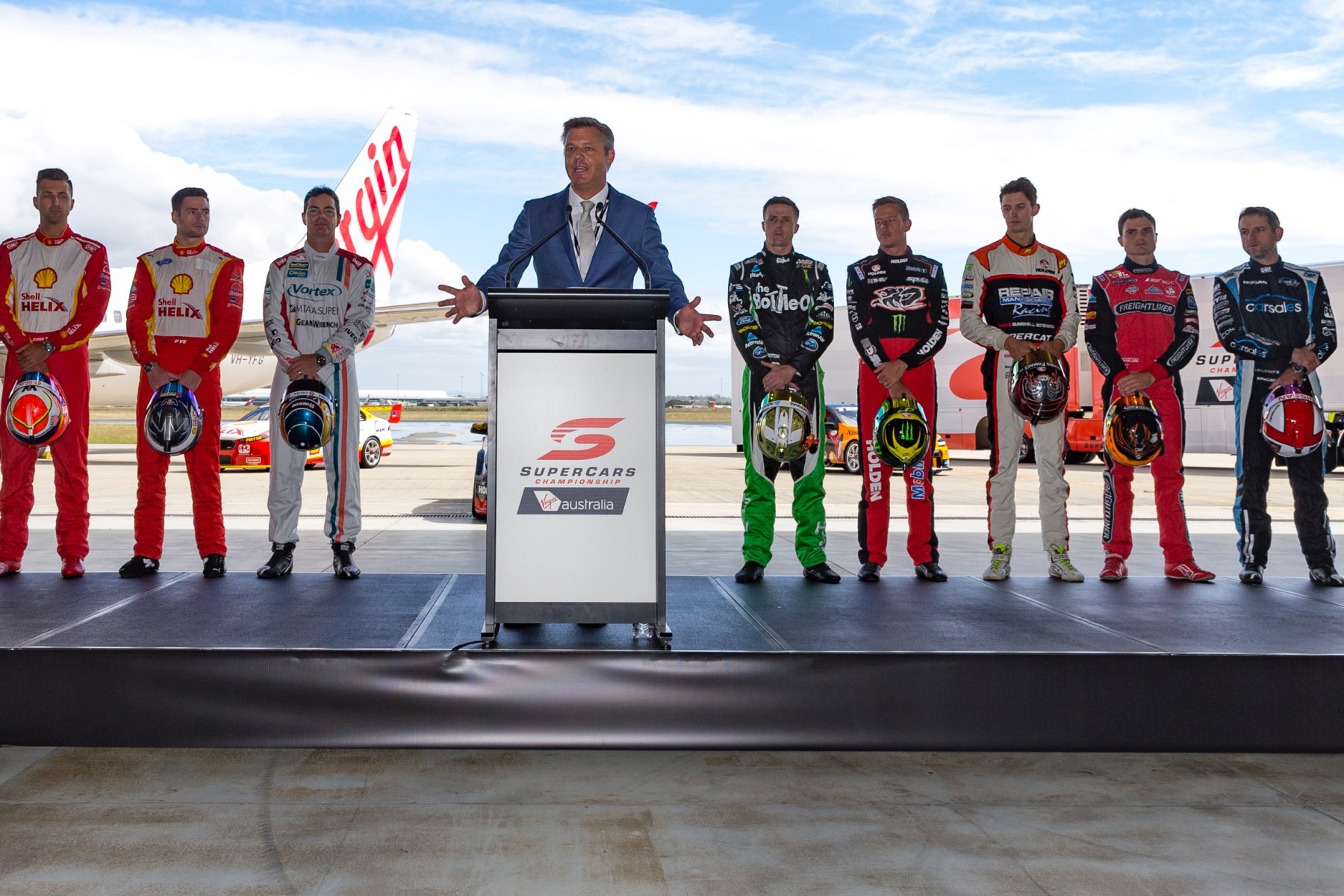 Supercars CEO James Warburton believes the category is in better shape than ever, with a 10-year vision and aim to be the third biggest sport in the country.

Speaking on Inside Supercars this evening, Warburton will address a wide-ranging list of topics and continues to assure fans of the health of the sport in a time of change.

The Virgin Australia five-year sponsorship has been a coup and the numbers are all looking good as the Championship enters the fifth event of 2016 with eight different winners in nine races.

Volvo’s shock announcement to leave the sport and question marks around Kuala Lumpur’s first Championship race shouldn’t cloud the water – Warburton is confident the sport is robust and resilient with Gen2 not far away.

“I think in the recent history there’s never been a stronger time,” Warburton said.

“Not only am I excited about this year, but in fact we’re starting to move towards a 10-year vision for the sport and get on the front foot.”

From his point of view, there are two simple divisions – the business side, and the sporting side. And both are thriving.

The aim is to be the third biggest sport in Australia and recent TV ratings demonstrate that in Supercars’ second season on FOX SPORTS, the sport has 78 per cent more viewers than Super Rugby and 117 per cent more than Soccer (FFA), behind the NRL and AFL for the first quarter of 2016 according to the official OzTam ratings.

“I think when we look at the business, the underlying fundamentals in terms of what we do are there for everyone to see,” Warburton said.

“You look at the numbers – the fans love what we’re doing, what we’re turning out, the economics are there. The management approach we put in place and the initiatives have been deliberate, we’ve got the respect of the field and that’s important….

“And the sport of the sport, I think – look at the results again over the last few rounds.

“[Over] the weekend – four manufacturers in the top five, I think 0.46sec separating 20 cars in qually … I don’t think there’s better racing on four wheels and we’re just getting started.”

The Virgin Australia deal – which sees the branding phasing in, with the expectation of full representation from July 1 – offers credibility as well as a real benefit to fans with a ‘Supercars Travel' program.

“I just think it gives us that huge level of endorsement and credibility,” Warburton said.

“We’ve said and we’ve stated many times we want to be a top three sport, just, obviously, behind the huge codes of AFL and NRL. And I believe we’re starting to really achieve those plaudits.

“What it does also for tourism and for our fans in terms of driving economic impact – our events drive $250 million of economic impact, 160,000 people on average attending a three day event, extraordinary events – and this will be a great win for the fans, which is awesome.”

Warburton also praised the “unified paddock” and the passion of those involved in the sport, with a season that starts unofficially in February with pre-season testing, and runs until December.

Staying tuned to Inside Supercars tonight on FOX SPORTS 506 at 7.30pm AEST for more from Warburton.