Ford has given American race fans a taste of its new Mustang Supercar, with a special demonstration appearance at Virginia International Raceway.

The manufacturer ran a Shell V-Power-livered Mustang in demo laps at the weekend’s IMSA Sportscar event alongside a Ford GT and Mustang GT4.

Australian Ryan Briscoe, who is part of Ford’s IMSA program, took to the wheel, marking his first Supercar laps in several years.

The car used is a genuine Supercar, built by Dick Johnson Racing as an FG Falcon and last campaigned in 2014 before being deregistered and sent to the USA. 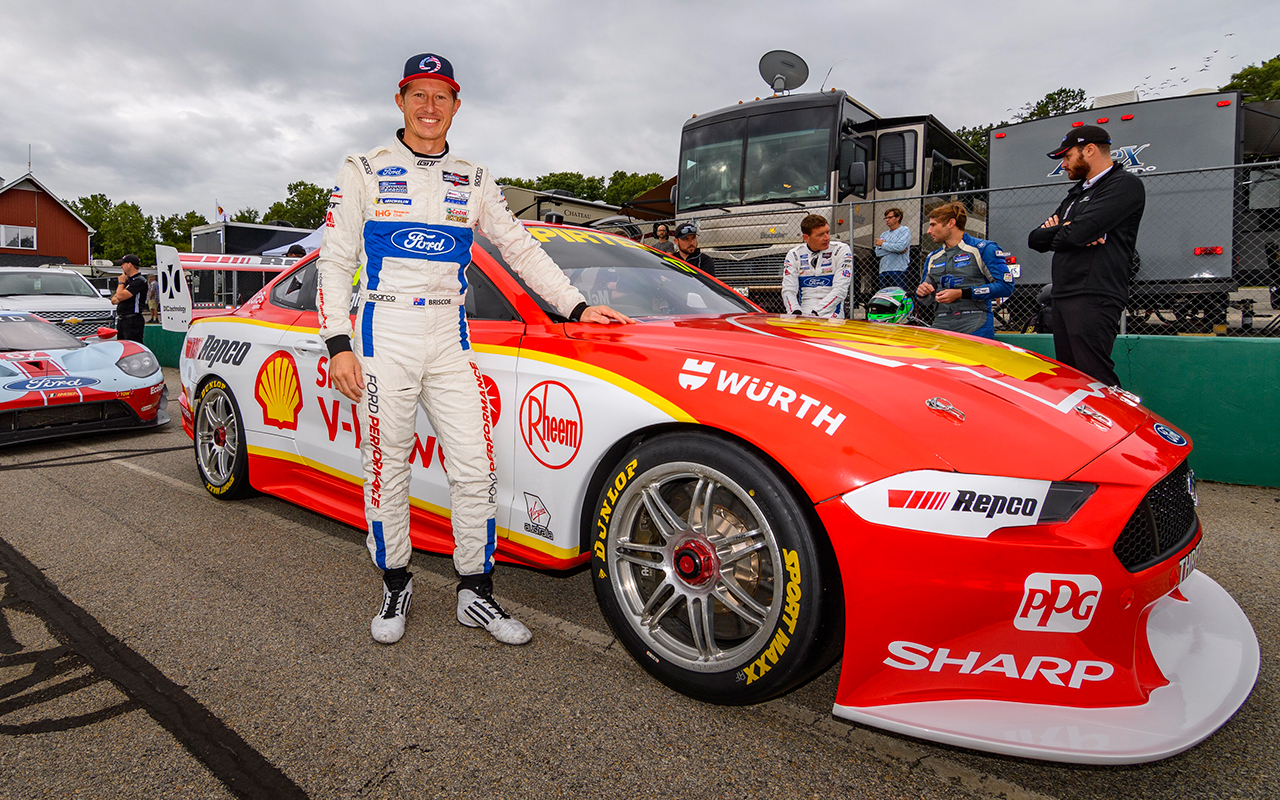 Initially intended to be used as a datum for a planned Team Penske chassis-building program, the car sat idle until being re-skinned into a Mustang for promotional purposes.

Supercars approved the showcar project based on a number of key requirements, including the removal of the front undertray and rear-wing gurney from the Mustang bodywork.

“I’m really stoked to be able to drive the Supercar here at VIR,” said Briscoe, whose most recent Supercars race start came in 2013.

“It’s one of the best tracks in the world, to be honest; very high-speed, high-grip, lots of fast corners, lots of kerb usage, which is always fun in a Supercar. 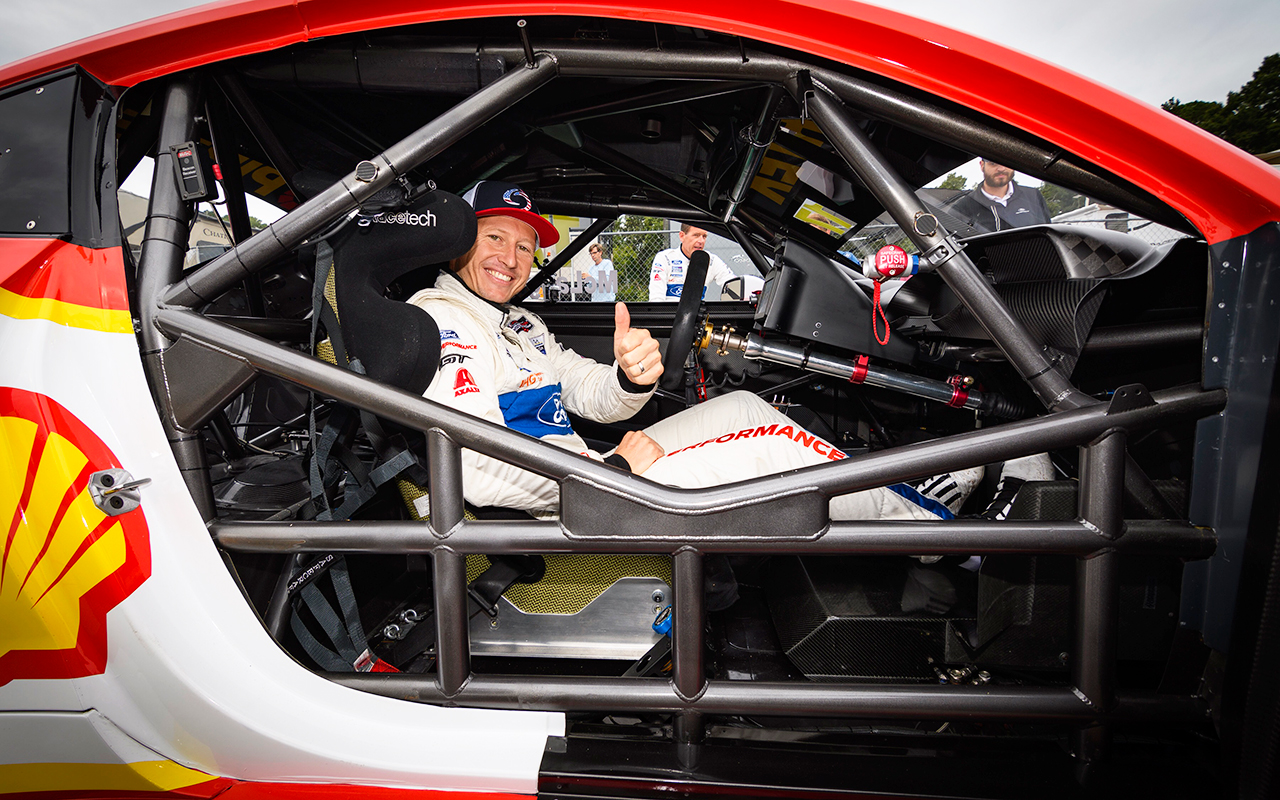 Ford Performance boss Mark Rushbrook said the Blue Oval was pleased to be able to showcase the car to American fans.

It’s previously been on static display at Ford’s world headquarters in Dearborn and various events.

“The Australian Supercars Mustang, there is so much passion with those fans,” he said.

“To have that car here jumping over the kerbs alongside Ford GT and a Mustang GT4 in front of these fans that love racing, love sportscars, I think it’s fantastic.”

The Ford Mustang continued its stunning debut Supercars season over the weekend at the OTR SuperSprint, with Scott McLaughlin winning both races.

Ford has already wrapped up the manufacturers’ title, which is based solely on race victories.