Mustang Supercar on show at Ford’s US HQ 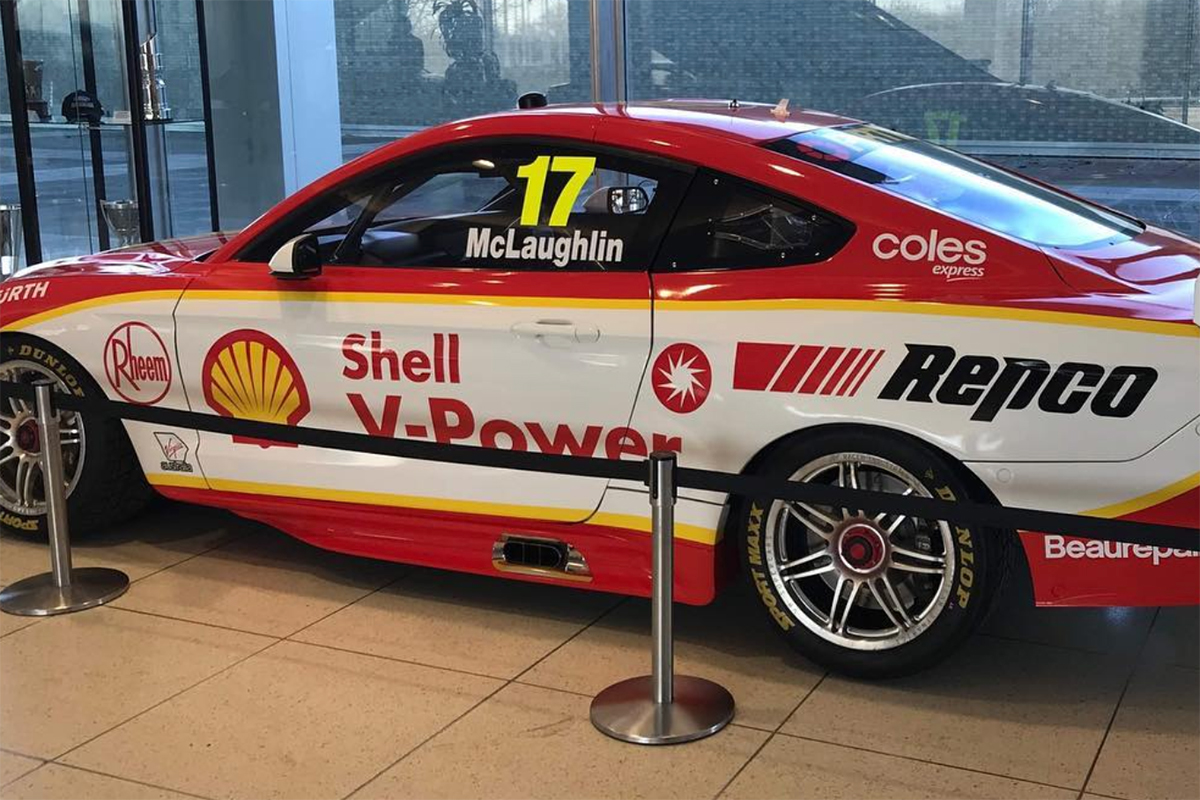 Ford’s new Mustang Supercar has taken pride of place in the foyer of the company’s world headquarters in Michigan, USA.

While preparing its two racecars for their debut at the Superloop Adelaide 500, Shell V-Power Racing also helped convert an ex-Falcon Supercar for Ford to display.

The car was put on show earlier this week, before Ford Performance personnel – including chief Mark Rushbrook – flew to Adelaide to watch the Mustang Supercar’s race debut.

Ford Performance played a key part in the development of the Mustang Supercar, which scored a memorable first-up with on Saturday with Scott McLaughlin.

“As we have our global approach to our racing, we want to communicate it to our global employees,” Rushbrook, below, told Supercars.com of the display car.

“We had the idea at the end of last year that, 'hey, why don't we get a car and put it on display, have it as a showcar?' We wanted to be able to put it in our world headquarters.

“Through the work that was done in January and February, it got up on Monday, so our employees in Dearborn could see it and celebrate it in anticipation of this weekend.”

The Ford is a genuine Supercar, last raced by DJR as a Falcon FG in 2014 before being deregistered.

It was shipped to Team Penske’s US headquarters in 2015, intended to be used as a datum for a planned chassis-building program, using Penske’s robotic manufacturing capability. 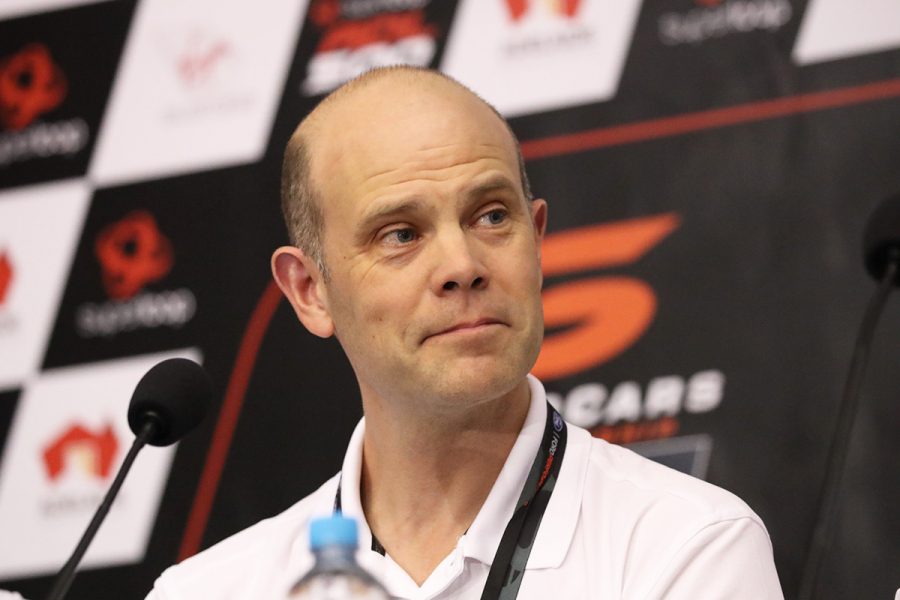 However, with Supercars having clarified from 2016 that chassis must be built in Australia, the car had sat idle at Penske until Rushbrook’s request for a Mustang display car.

An extra set of Mustang Supercar panels were made and dispatched to the US, while two DJRTP team members were deployed to complete the conversion.

Supercars approved the showcar project based on a number of key requirements, including the removal of the front undertray and rear-wing gurney from the Mustang bodywork.

“Through communications with Supercars, we asked what it would take to get approval to do this,” said Rushbrook.

“They put some requirements on it, which we fulfilled and built the car to literally get there on Monday.

“We have about seven or eight cars that are normally in there and we've got – for our racing program – two of those slots.

“We rotate them every month or so. We just had a Ford GT racecar, and the Mustang GT4 racecar and we took those out and put in the Supercar Mustang.

“Prior to that we had the Ford Fusion from NASCAR that Joey Logano won the championship with at the end of last year.

“We're all about racing, it's part of who we are as a company so we want to have the cars there for our employees to enjoy.”

Once its time at Ford HQ has been completed, Rushbrook says the Supercar will likely be showcased elsewhere in the US.

"The Supercars Mustang will be there for about a month, through to the end of March, and we haven't determined where it's going to go from there," he said.

"We send them all out around the country, we use our race showcars for recruiting on college campuses and things like that, so my guess is it'll get pressed into service for that at some point."

Other recent Supercars to head overseas include Jamie Whincup’s 2017 title-winning Holden, now in Malaysia, and two Volvo S60s that were summoned back to Sweden.

DJRTP has also flagged its intention to eventually send McLaughlin's 2018 title-winning Falcon to the US to go on display at the Team Penske museum.