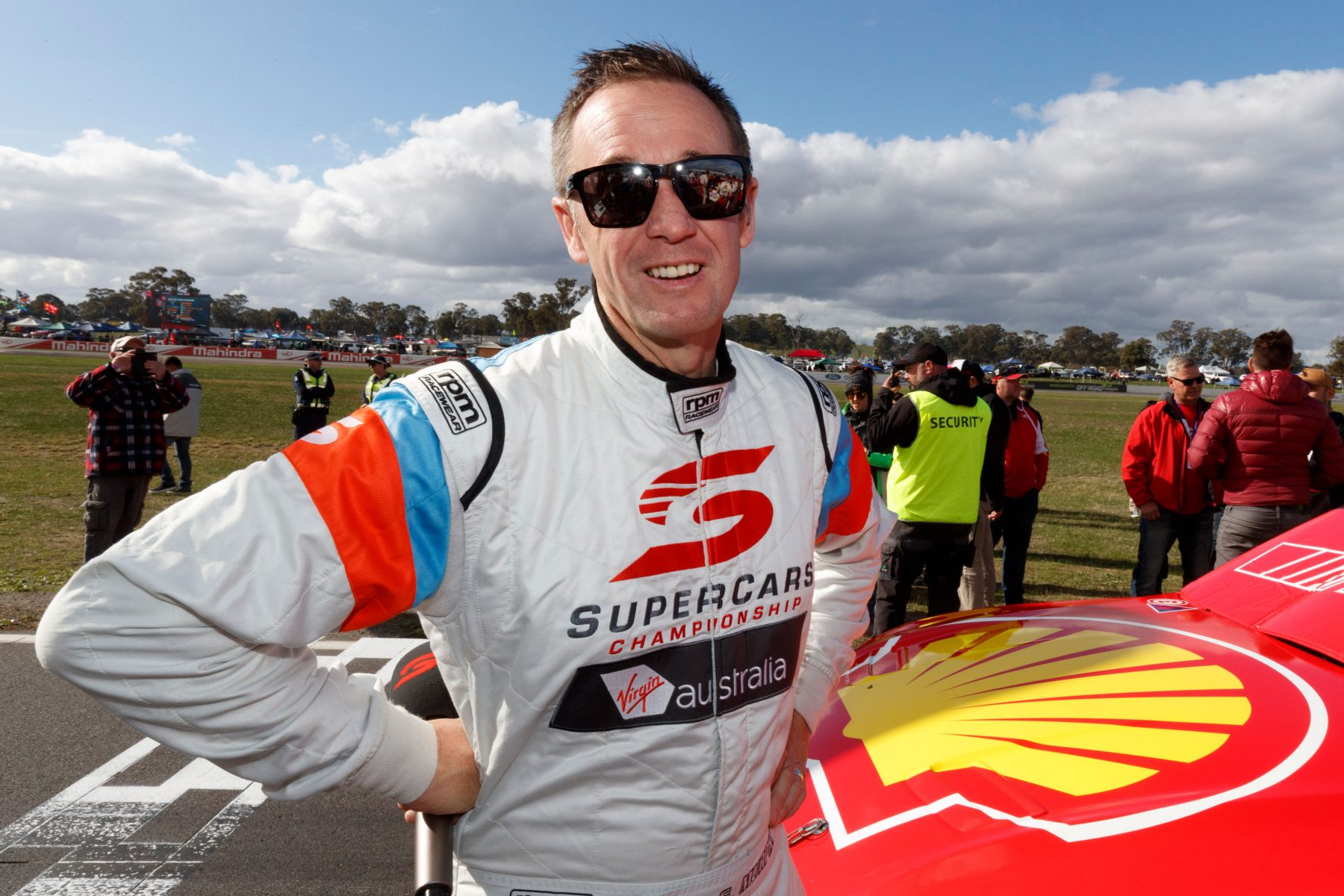 The four-time Bathurst winner is set to turn laps in both the #12 and #17 entries during the 30-minute session as part of his role on Supercars’ television broadcasts.

Neither of Shell V-Power Racing’s co-drivers are attending The Bend, with Alex Premat based in Las Vegas and Tony D’Alberto busy racing in Japan.

Murphy has driven a succession of Supercars through his TV duties during recent years, including three so far in 2019.

He sampled Macauley Jones’ CoolDrive Holden in the additional driver session at Symmons Plains, before brief stints in a Kelly Racing Nissan at Barbagallo and a Tickford Mustang at Winton.

“We were one of the last hold outs, but he twisted my arm enough and the brown paper bag was heavy enough that I’ve let him have a go!

“It’ll be interesting to hear his perspective on our cars.”

Murphy has undergone a seat fitting in both cars at The Bend circuit this afternoon, and is set to use one of Fabian Coulthard’s helmets for the laps.

He also took to the circuit in the Vodafone Mustang Safety Car with Scott McLaughlin in the passenger seat for a Supercars Trackside segment.

The additional driver session will kick-off at 10:45am local time, ahead of two 30-minute, full-field practice sessions during the afternoon.

2019 OTR SuperSprint  ›
Stay In The Know
Sign up to the Repco Supercars Championship Newsletter
We use cookies to ensure that we give you the best experience on our website. If you continue to use this site we will assume that you are happy with it.Ok