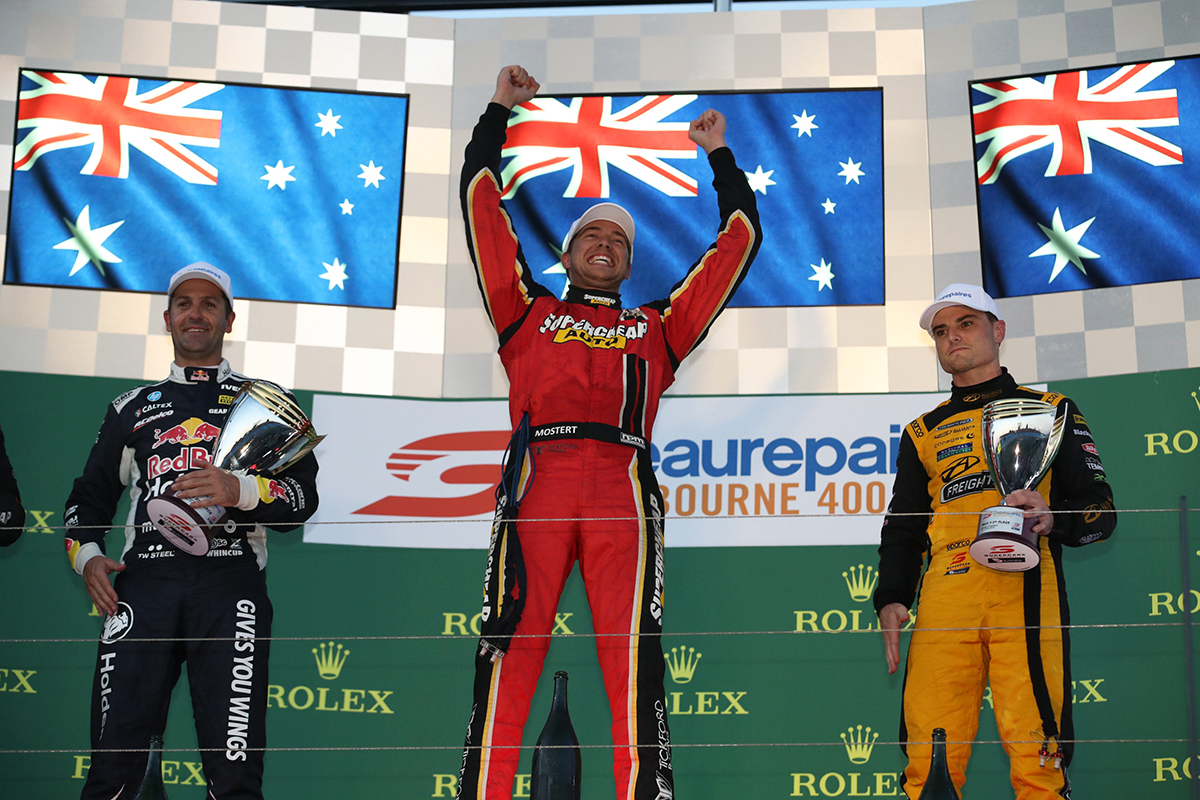 It makes it five wins on the bounce for Ford's new Mustang Supercar, after McLaughlin's initial four across Adelaide and Albert Park.

Set to start on the front row, McLaughlin and Cameron Waters made contact on their way to the grid, with damage ruling both Mustangs out of proceedings.

Slade kept the lead off the line as Whincup slotted into second, but that only lasted until Turn 13.

The Red Bull Holden passed Slade, and the BJR pair then fought into Turn 15, from which Percat was on the outside and forced wide, dropping to seventh. 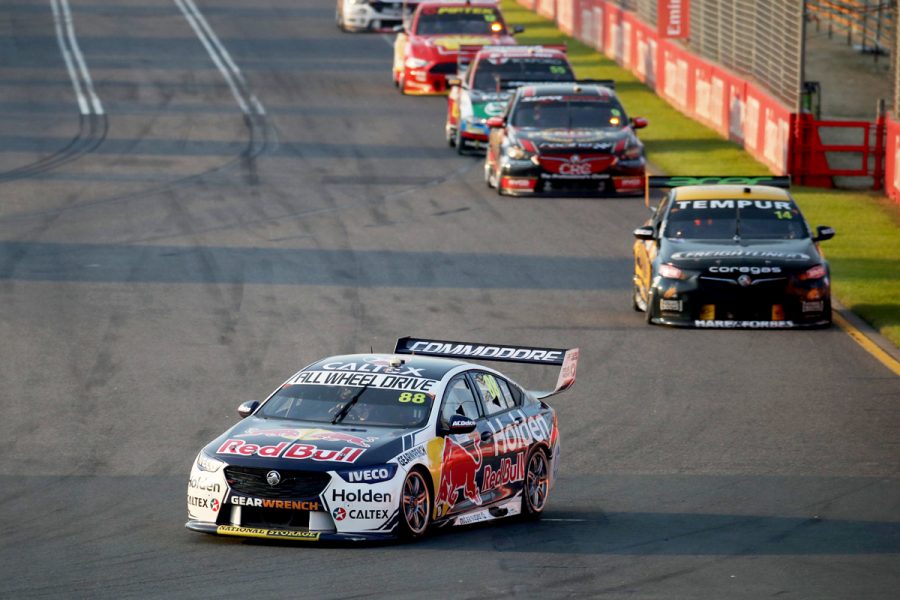 It left Whincup with clear air, and he led by three seconds on lap 10 with Slade under pressure from Mostert's Supercheap Auto Mustang.

Pitstops followed, with Mostert deploying a single-lap undercut to slash that deficit and get right behind Whincup.

Mostert made his move into Turn 3 on lap 14 to take the top spot, and eased away to lead until the Vodafone Safety Car was called with six laps remaining.

That came after Shane van Gisbergen's Commodore shed its right-rear wheel at Turn 10 from ninth place. 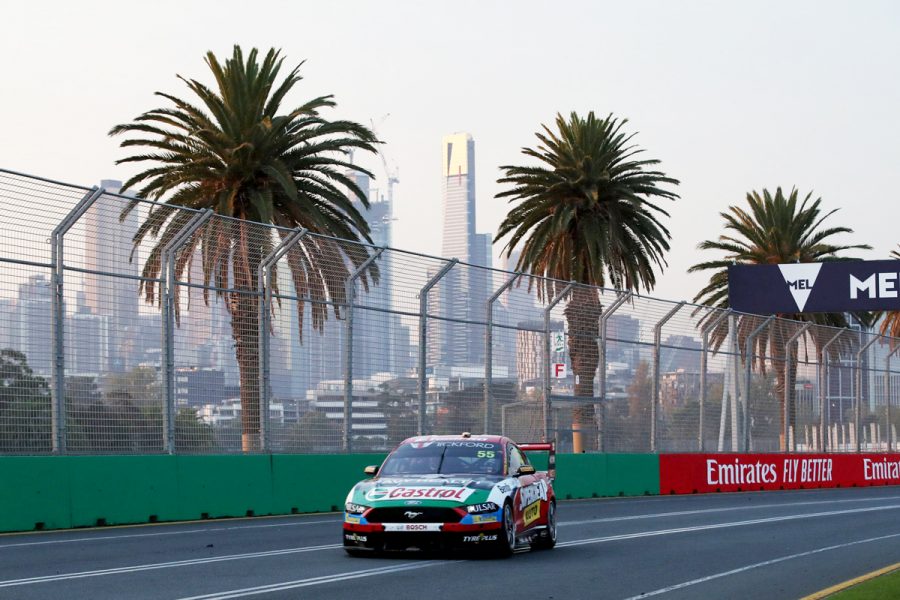 "I really love this track and the boys gave me a great car," Mostert, whose previous solo win came at Queensland Raceway in July 2017, said.

"Big thanks to Adsy (engineer Adam De Borre), the boys were really quick in pitlane as well, I can’t thank them enough.

"I really used the warm tyre to my advantage, I know [Whincup] he was trying to get it up, and I really felt like I was one lap in front of him, where my tyre was at.

"So I really picked the best spot that I could, just got him and, like the the first stint when I was behind Sladey and JDub, the car in-front is the quicker one.

"I didn’t really have much for them in the first stint, but really happy to get the pass done and get the job done for the boys."

Whincup crossed the line 1.2 seconds behind Mostert and now sits second in the championship behind McLaughlin, 24 points adrift.

Slade pitted three laps after Mostert and emerged third in the order, which is where the Alliance Truck Parts Commodore finished.

The BJR driver's last podium came in the opening leg of the 2017 Coates Hire Newcastle 500.

He was followed by Mobil 1 MEGA Racing's Scott Pye, who started 18th, and Will Davison, who picked up a pair of places after the restart.

James Courtney, Percat and Andre Heimgartner rounded out the top 10, while van Gisbergen was classified 22nd and two laps down after a third stop.

The final race of the Beaurepaires Melbourne 400 starts at 1:35pm on Sunday.