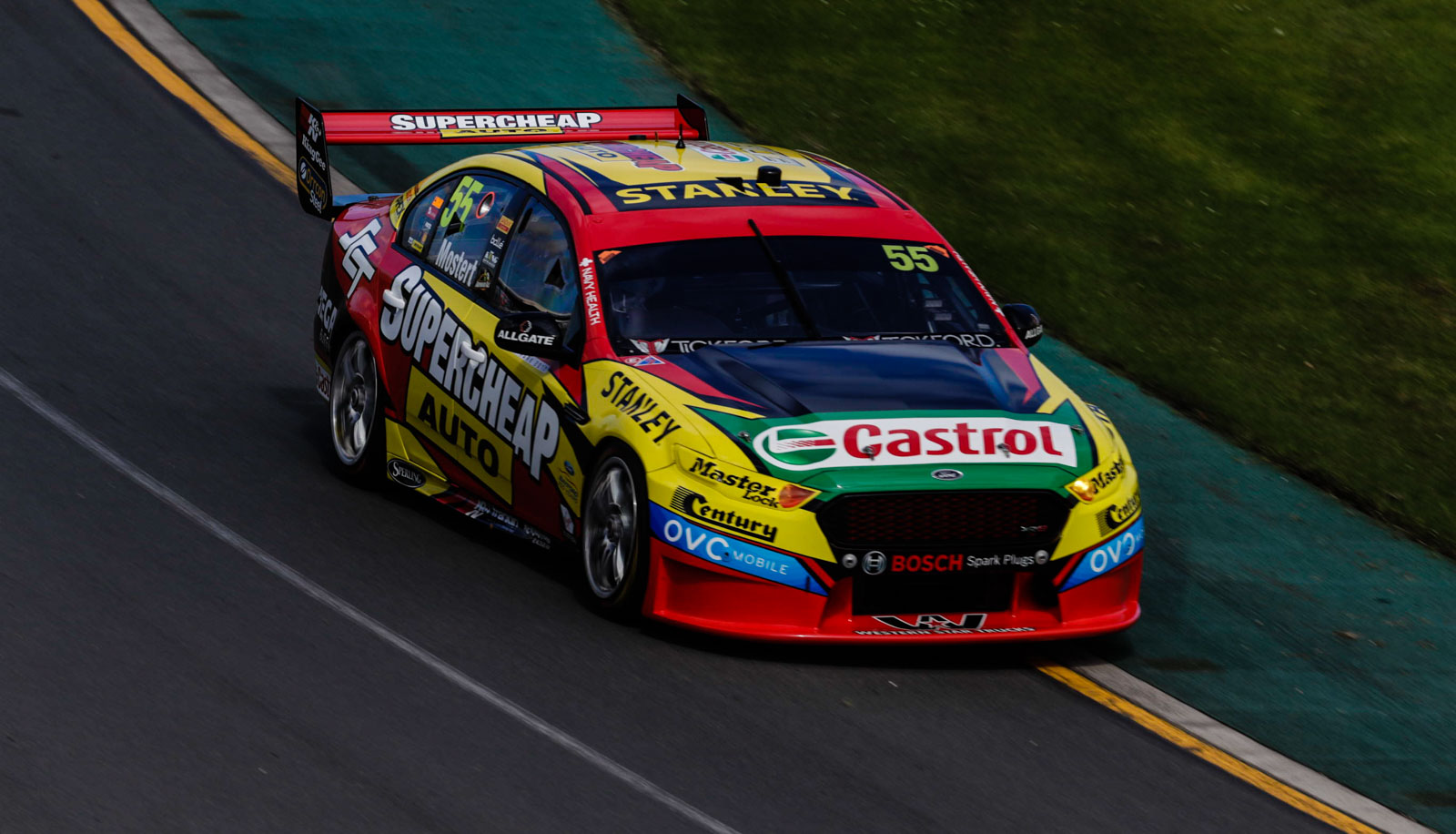 Fabian Coulthard appeared set to take his third win from four races and the overall honours when he suffered a left-front puncture with six of the 13 laps to run.

Mostert, who had been running third, pounced on the hapless Coulthard and the Holden of Jamie Whincup to sweep through to a surprise victory.

It marks Mostert’s first Supercars race victory since August, 2015, having suffered a long drought following his crash at Bathurst that season.

Pole-sitter Whincup was destined for second in the race and the event win until suffering a left-rear tyre failure three laps from the end, adding further to the drama.

Whincup’s misfortune handed the overall victory back to Coulthard, whose 20th place finish saw him edge out team-mate Scott McLaughlin 241 points to 235.

Not for the first time this weekend, there was carnage at Turn 1 as the 24-car field attempted to squeeze through the tight right-hander.

James Moffat was spun around in the melee, while Cameron Waters' Monster Ford was subsequently forced to pit with damage and a small fire caused by running through the grass.

The chaos saw Scott McLaughlin make significant contact with the back of Garth Tander, shooting the Shell V-Power Ford into the air.