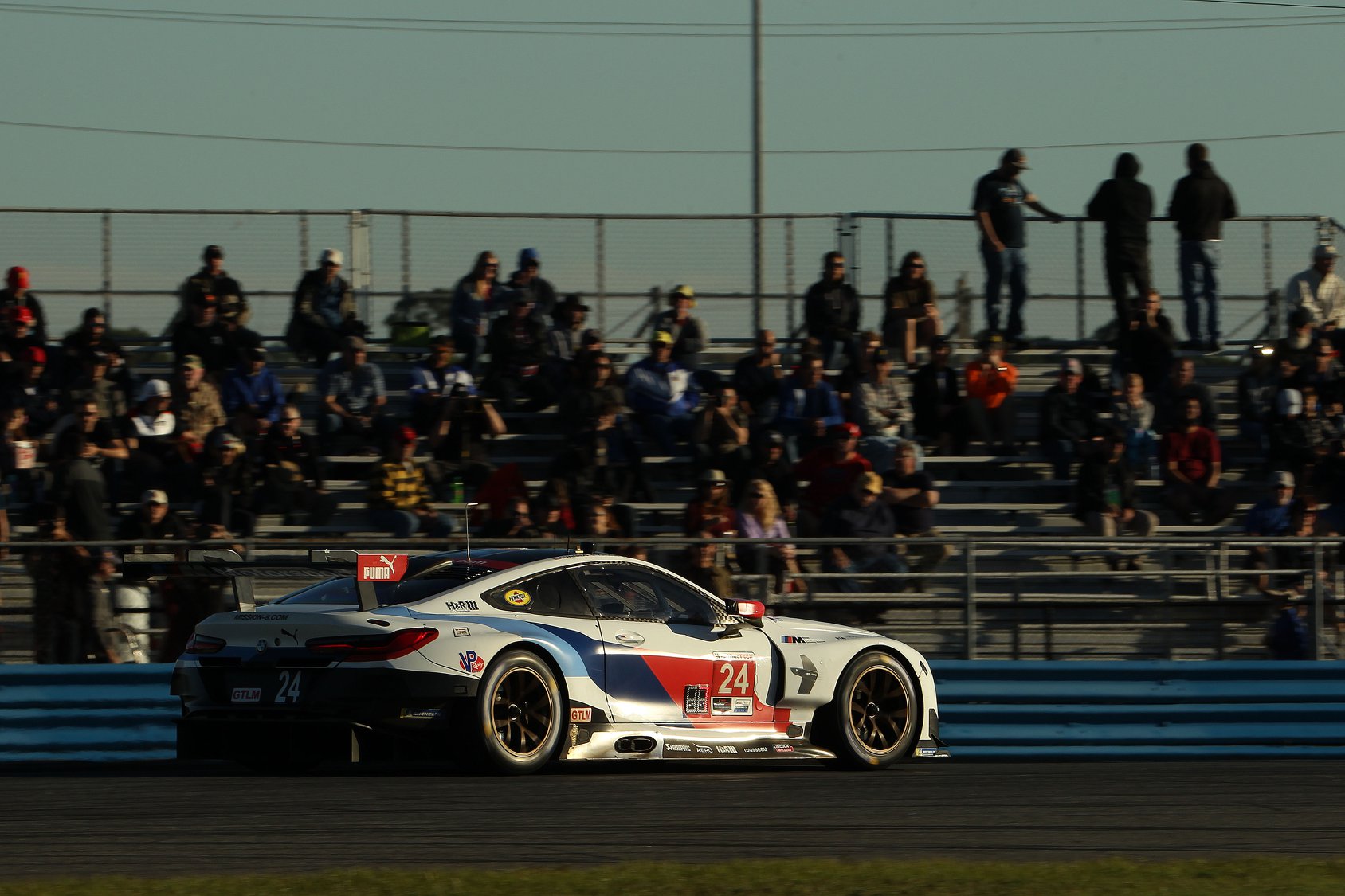 Daytona International Speedway hosted the annual Roar Before The 24 last weekend, a chance for drivers to lap the 5.73km oval/road course hybrid ahead of the January 26-27 race.

Mostert and De Silvestro are both contesting the IMSA WeatherTech SportsCar Championship's blue ribband event for the first time, in GT machinery.

Tickford Racing's Mostert continues to build his relationship with BMW, after making his debut in the US with the brand last October.

Day 2 of ROAR getting more familiar with the car and track feeling more comfortable had some night time driving as well which was sick ?? having so much fun with my RAD team mates not only on the #24 car but also #25 @zanardiofficial @jessekrohn @jedwardsracing @cdephillippi @philipp_eng @tom_blomqvist @coltonherta #mozzie?? #daytona #skippykangaroo ?? one more day to come @bmwmotorsport @rllracing

That netted a GT Le Mans class podium in the 10-hour Petit Le Mans alongside John Edwards and Jesse Krohn.

The trio team up again in a BMW M8 GTE run by Rahal Letterman Lanigan Racing, and are joined by the legendary Alex Zanardi.

A two-time CART champion and ex-Formula 1 driver, Zanardi now races with hand controls after an accident in 2001 led to a double leg amputation.

Driver-change practice including Zanardi garnered plenty of online attention during the Roar, with the Italian's bespoke steering wheel connected and disconnected depending on whether he's driving.

The #24 BMW was seventh-fastest in GTLM in the qualifying session to determine pitbays for the race weekend, with a time set by Edwards.

With a time set by Ana Beatriz, Meyer Shank Racing's all-female combination topped the session and secured the first pitbay.

Kelly Racing Supercars driver De Silvestro and Beatriz are joined by Katherine Legge and Christina Nielsen for the event.

Since the 2018 Supercars season finale, De Silvestro has also completed a Formula E test with the Venturi outfit in Saudi Arabia.

After Daytona, Mostert will contest the Liqui-Moly Bathurst 12 Hour with BMW on January 31-February 3.

The 2018 polesitter steps back to the M6 GT3 model with BMW Team Schnitzer, alongside Augusto Farfus and Martin Tomczyk.