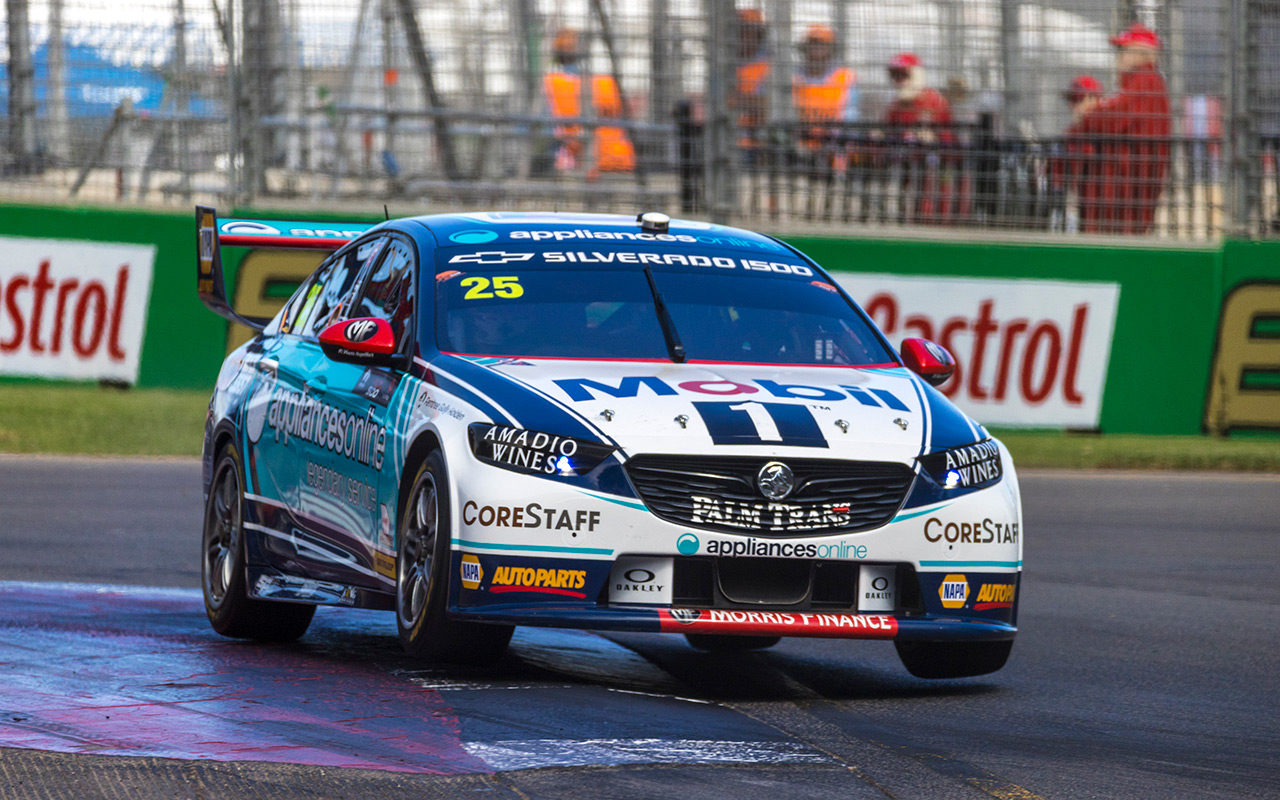 Walkinshaw Andretti United recruit Chaz Mostert has delivered the fastest lap of the weekend to top Practice 3 at the Superloop Adelaide 500.

The biggest mover of the silly season, Mostert has made a strong start to his first race meeting aboard a Holden.

Reigning champion Scott McLaughlin had sat atop the leaderboard for much of the session, moving to the front with a 1:19.7466s and then bettering that moments after the midway point with a 1:19.5240s.

But the Shell V-Power star was upstaged by Mostert in the final minute of running, laying down a 1:19.2412s to topple Shane van Gisbergen’s 2017 practice lap record and spark a round of cheers in the WAU garage.

“The saddest thing is that it's practice, not qualifying; we'd be happier if it was qualifying,” Mostert said.

“The car felt good and it still feels so far behind the eight-ball, still trying to learn the car, it's a fair bit different.

“It felt pretty hooked up and there wasn't much more left in it; it's pretty loose with the new changes, but a lot of fun to drive.”

Initial leader Will Davison had to settle for third, ahead of Mark Winterbottom.

The session will have some consequence come Sunday qualifying, with the top 10 drivers scoring a free pass into Q2.

Rick Kelly was the unlucky driver to miss the cut in 11th, with Fabian Coulthard down in 13th.

After an action-packed first couple of practice sessions, the biggest moment of Practice 3 was Team Sydney’s James Courtney hitting the Turn 8 wall for the second time in two days.

That contact left him to tumble to 23rd and last in the times, four places behind teammate Chris Pither.

"I don't think we were too bad, sort of that top 15, back part of the 15 I think is probably where we were sort of going," said Courtney.

"[We] just had a power-steering failure, she didn't want to turn and it makes it a little bit more exciting.

"I managed to not do any crazy damage and get the thing back here, so that's the main thing."

The field had been reduced to 23 cars for the half-hour session, following Scott Pye’s heavy crash in Practice 2.

ARMOR ALL Qualifying is scheduled for 11:55am tomorrow, with the Top 10 Shootout to follow shortly after.