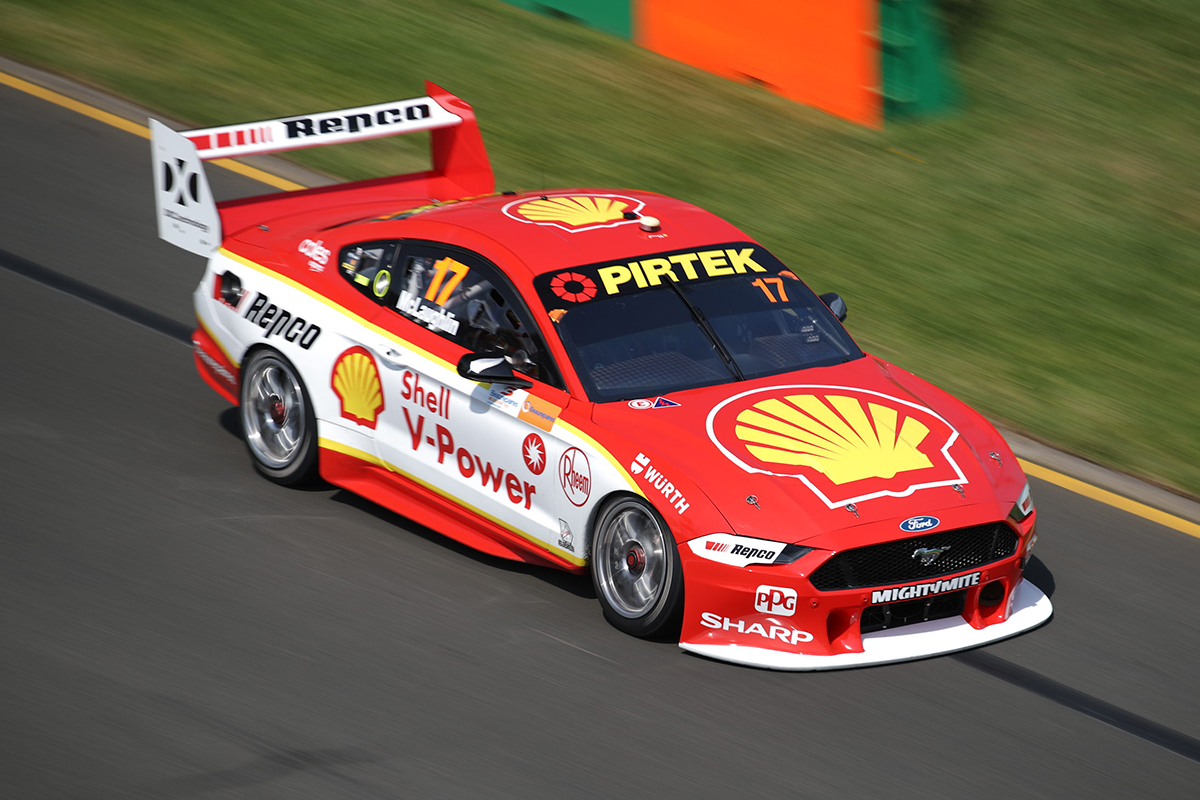 Scott McLaughlin maintained his perfect start to 2019 with victory in the second leg of the Beaurepaires Melbourne 400, the 1,000th Australian Touring Car Championship/Supercars Championship race.

The Shell V-Power Racing driver led from start to finish in the 13-lap sprint, as Chaz Mostert and Cameron Waters rounded out an all-Ford podium at Albert Park.

It is McLaughlin's 29th Supercars win, and fourth from as many starts in his title defence.

McLaughlin kept the lead off the line as fellow front-row starter Mostert dropped back to fourth, losing places to Waters and Jamie Whincup.

He was not troubled and went on to eventually win by 2.5219s. 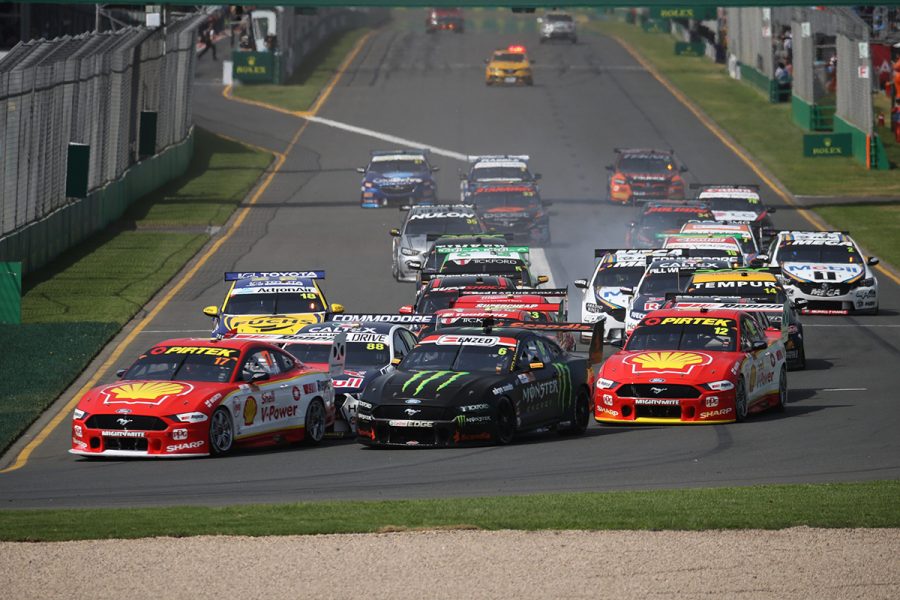 “I bogged it down [at the start], but luckily Chaz got a bad one as well so I was able to slot to the inside,” he said.

“But overall, really happy. The team did a great job and I felt I executed really well, hit my marks and controlled the gap to the end.

“I’m careful on my left-front [tyre], it’s hard on the left-front around here and I don’t want to pop one.

“We had a nice gap where we could bring it home. There’s probably a bit more in it, but Chaz is pretty fast, so we’ll see how we go.”

Mostert found his way back past Whincup at Turn 13 on lap four, then closed in on Tickford team-mate Waters by mid-race.

Waters' slightly slower run out of Turn 2 on lap nine gave Mostert a sniff, and he claimed second after a spirited battle through Turns 3, 4 and 5.

Whincup kept Fabian Coulthard at bay initially then pulled away to finish fourth, with Will Davison sixth in another Ford Mustang.

The Holdens of David Reynolds, Tim Slade, James Courtney – up from 13th – and Shane van Gisbergen rounded out the top 10.

Van Gisbergen spent the bulk of the race where he started, 11th, until making a move on Mark Winterbottom at Turn 13 in the closing laps.

Todd Hazelwood was the big mover early, going from 19th to 14th, but tried to pass Nick Percat down the inside at Turn 4 with four laps remaining.

Saturday's second race, the third of the weekend, starts at 6:30pm.