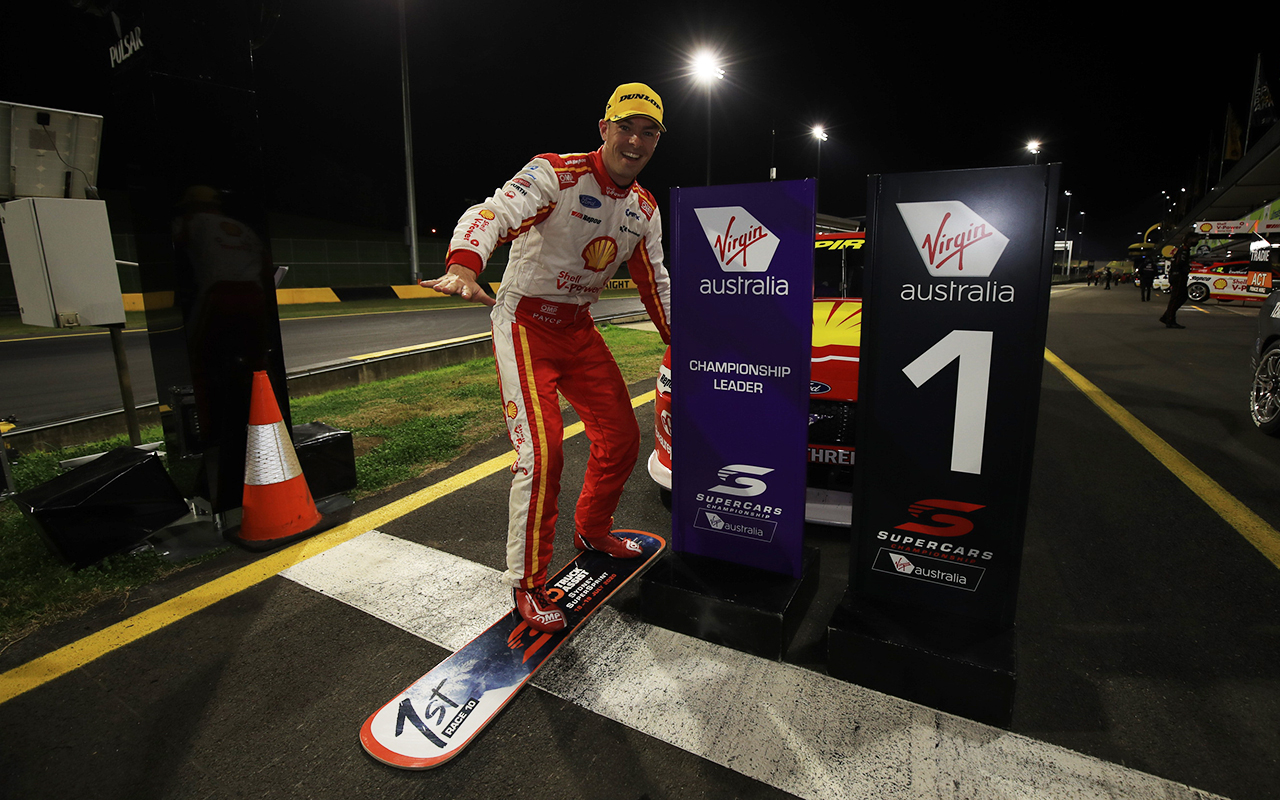 Scott McLaughlin scored his fourth victory of 2020 in the Saturday night race at the Truck Assist Sydney SuperSprint.

As expected, varying tyre strategies made the 32-lap race a complex affair, with a limited allocation of soft and hard compound rubber needing to be spread across the weekend.

McLaughlin pitted for softs on lap 10 and, once the pitstop cycle shook out 12 laps later, the Shell Ford hit the front, eventually taking the flag 1.3 seconds ahead of Holdsworth.

Holdsworth overtook teammate Waters before pitting from second on lap 14, opting to fit a second set of soft tyres.

The Truck Assist Mustang emerged from pitlane ahead of McLaughlin and De Pasquale, who was also on the soft-soft strategy, but could not hold out the pair on hot tyres.

Holdsworth later found a way around De Pasquale and secured his second podium in as many starts, while third marked a third career podium for the Penrite Racing driver.

McLaughlin’s ability to win the race despite only using one set of soft tyres leaves him well placed for Sunday.

“It’s music to my ears,” said McLaughlin of the tyre situation. “Obviously I have got another set up my sleeve.

“We’ve got a lot of racing left to go but we stuck to our guns. We knew that people were probably going to try that strategy but we trusted our car speed."

Added Holdsworth: “You can’t be unhappy with P2, but Scotty was on a hard and soft strategy so I would have liked to have covered him because we played all our cards today.

“When you come out on cold tyres you’ve got nothing,” he added of the crucial rejoin. “I just hugged the inside line through Turn 2 and just couldn’t hold it through Turn 3.

“I got a bulk-load of understeer, I just couldn’t hold it and these boys tucked in underneath me.” 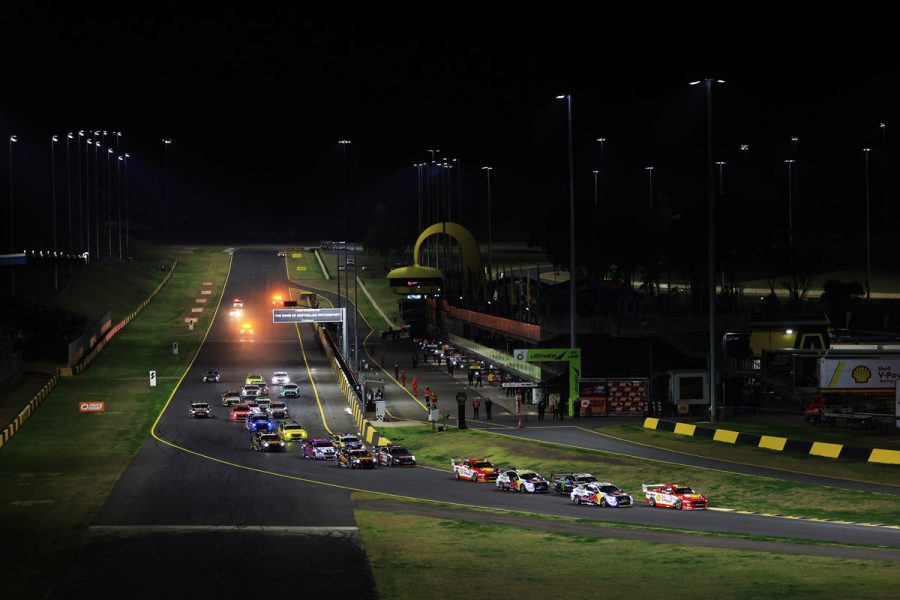 Van Gisbergen led the opening 20 laps on softs before switching to hards, rejoining behind the top three and without the rubber to mount a fightback.

Whincup soon overtook his teammate but eventually lost the place on the final lap, once his soft tyres had degraded.

“I had a reasonable scrap with SVG which was fun and had no team orders so had permission to race it out, and he got me on the last lap,” recounted Whincup.

“Overall, we’re not quick enough and made too many mistakes, so we have a bit of work to do tomorrow to improve the car and be much stronger.”

Tickford split its strategies with its two top cars by putting Waters on the hard for the second stint, leaving the Monster Mustang driver to bank solid points in sixth.

Macauley Jones used two sets of softs to finish eighth, overtaken on the last lap by Fabian Coulthard, who did both stints on hards.

The remainder of the field, bar 21st-placed Chris Pither, used hards in both stints to save all their softs for Sunday.

They included Nick Percat and Mark Winterbottom, who completed the top 10, and Chaz Mostert who won a spirited battle for 11th.