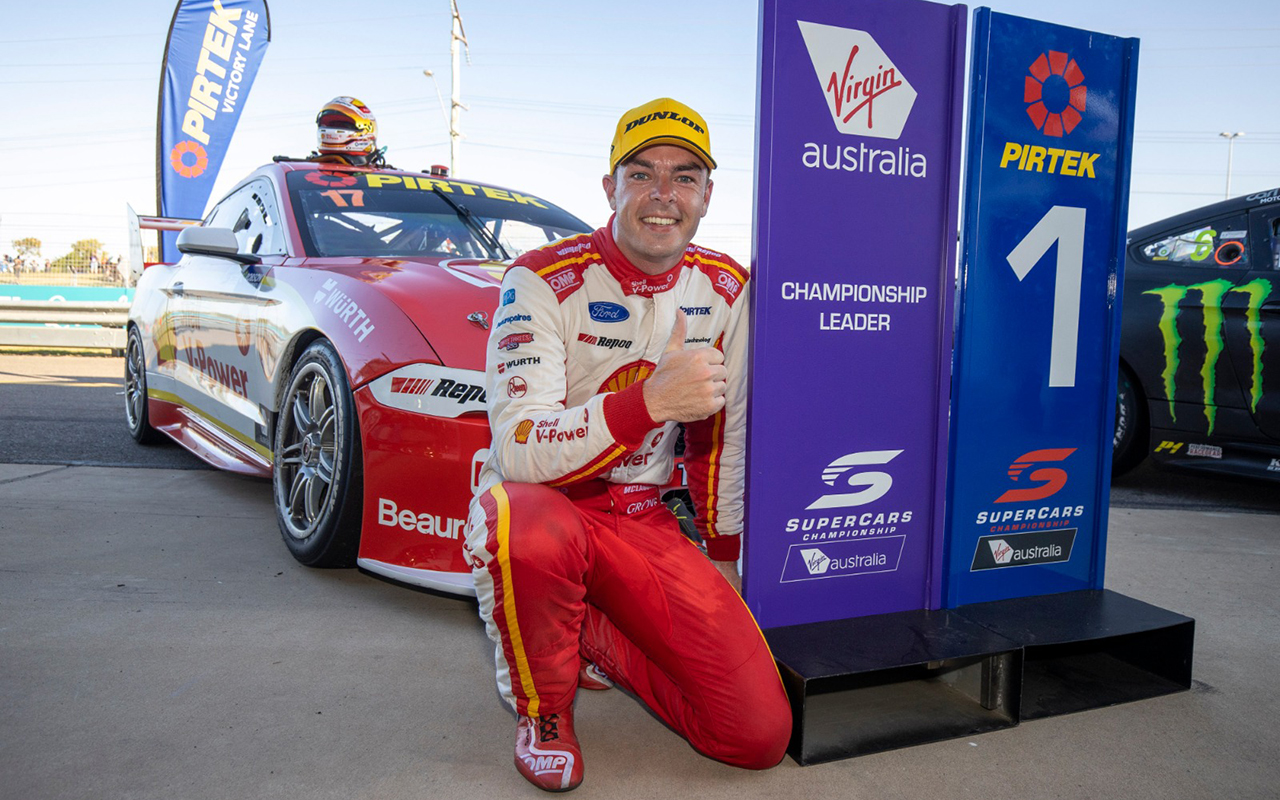 McLaughlin scored ARMOR ALL Pole and was the effective leader for the entire 39-lap journey, taking the chequered flag 3.4897s clear of his nearest rival.

Just as it was six days ago, that man was Cameron Waters, who proved best-of-the-rest in Tickford Racing’s Monster Energy Mustang.

Like Waters, Chaz Mostert also made it three podiums from his last four starts in third, while Jamie Whincup climbed from his lowly seventh on the grid to fourth.

Two of those places were gained off the start, while the other was the result of his teammate Shane van Gisbergen’s demise.

Van Gisbergen started second and held that place early, inheriting the lead on the road when McLaughlin pitted on lap 17.

However, the Kiwi suffered a power steering failure four laps later, saving a wild slide on his car’s own fluid at the Turn 10 sweeper before pitting.

He rejoined with fresh tyres and a bigger steering wheel, to make it physically easier to steer the car without power assistance, but was immediately black-flagged for losing fluid.

That spelt the end of his race, joining David Reynolds on the list of retirements after the Penrite Holden driver also fell foul of the same issue.

Whincup had been the first of the front-runners to pit on lap 16 and jumped Mostert and Waters, in on lap 18 and 19 respectively, in the cycle.

On fresher rubber the duo made short work of Whincup, who had only taken two tyres in his stop, but could do nothing to close down McLaughlin.

It marks McLaughlin’s second win in a row, following his victory in the final race six days ago.

“We had a great qualifying car which we worked on all this morning, but we didn’t touch the race car at all from last week,” he said. “It bodes well for tomorrow.” 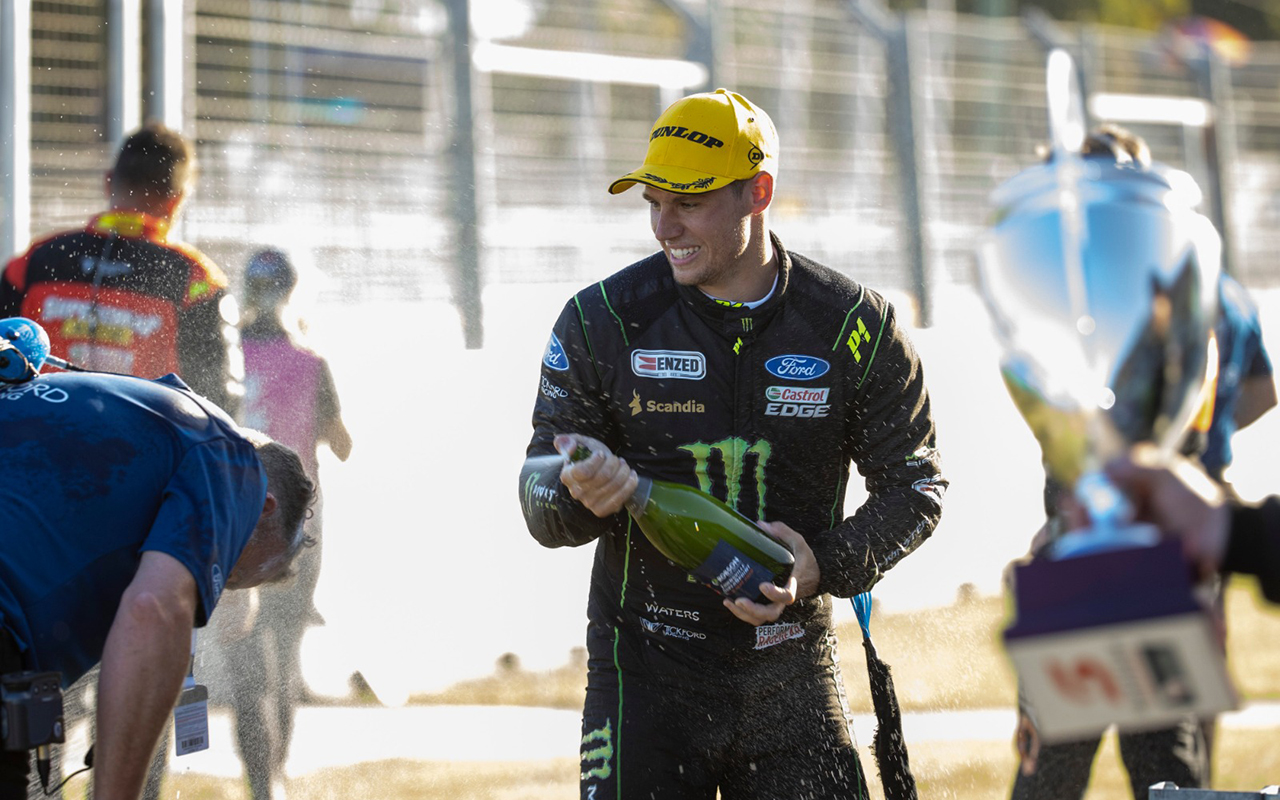 Added Waters: “We tried a lot of things in practice to help what we lacked last week. I think we fixed some but Scotty Mac is obviously still pretty quick,

“I’m pretty motivated, I hate losing, as everyone does, and we’re working really hard. We’ll keep working and we’ll hunt him down.”

Anton De Pasquale was fifth, having come out on top in a spirited mid-race scrap with Nick Percat that included several bouts of side-to-side contact.

Hazelwood qualified sixth but grabbed 12th the hard way, having fallen to last when he stalled off the start.

Brad Jones Racing teammate Jack Smith was another to have steering issues, clouting the wall twice before heading to the pits for repairs.

McLaughlin now leads the standings by 143 points from Whincup, with Mostert third 398 behind, and van Gisbergen falling behind Waters to fifth.

The Robson Civil Projects Townsville SuperSprint will continue with another two ARMOR ALL Qualifying sessions and two 39-lap races on Sunday.