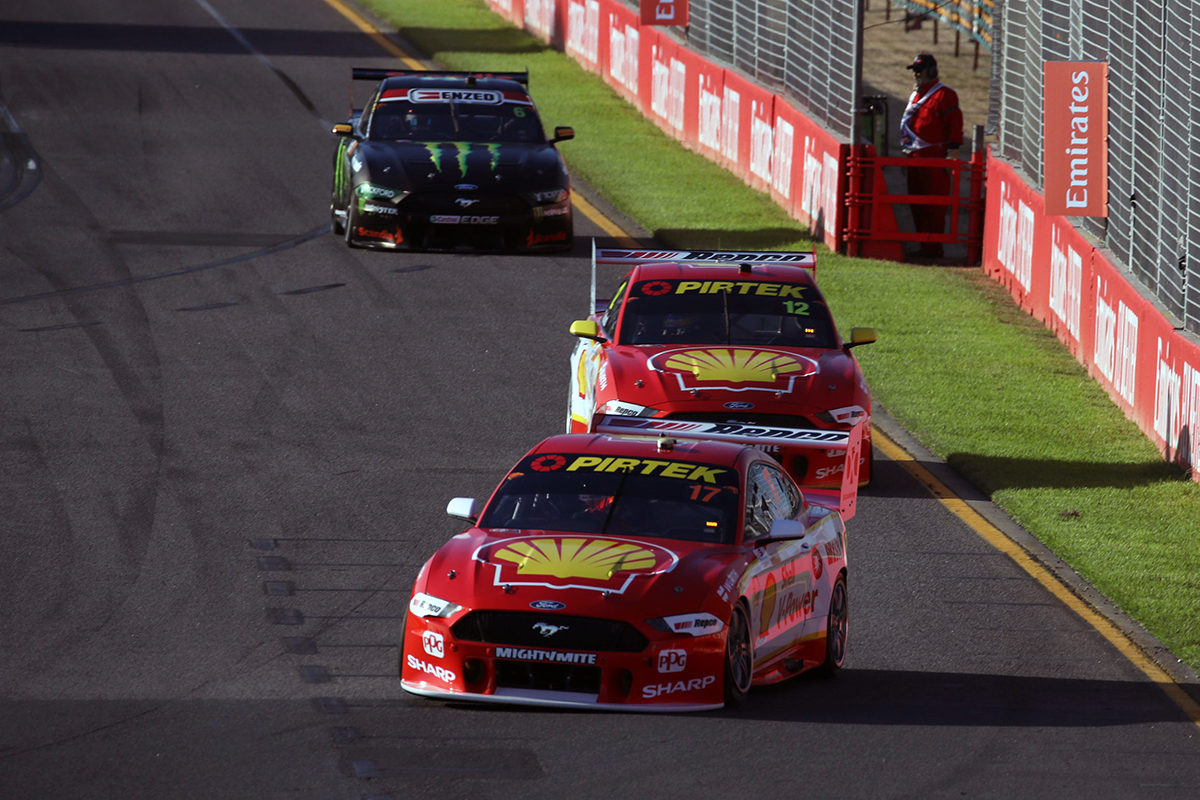 Scott McLaughlin won the opening race of the Beaurepaires Melbourne 400 to maintain his perfect start to the 2019 Virgin Australia Supercars Championship.

The Shell V-Power Racing driver controlled the 25-lap race, taking his third win from as many starts this year following a double in Adelaide.

He ultimately led an all-Ford Mustang top five at Albert Park, with team-mate Fabian Coulthard and Cameron Waters rounding out the podium.

“The car was great, but this goes out to New Zealand,” McLaughlin said

“Tough times over there in Christchurch, my home town, they’re all suffering, so all love to you guys.

“I was driving to a lap time, helping Fabs get some clean air on Cam as well, so doing the team job as well.

“I had an awesome start again, my starts are going well and I’ve just got to keep pressing on.”

Shane van Gisbergen's Holden was a late retirement from fourth, which meant Tickford Racing's Will Davison and Chaz Mostert inherited fourth and fifth.

Polesitter McLaughlin kept the lead off the start from Coulthard, as the Shell Fords eased away from third-placed Waters, who himself built a gap behind over van Gisbergen.

It was a relatively status-quo opening stint, with McLaughlin cruising away and Coulthard falling back towards Waters before pitting.

McLaughlin led by four seconds by the time he and Waters pitted on lap 12, the pair emerging split again by Coulthard.

Van Gisbergen went longest of all before making his stop, on lap 15.

That left an all-Mustang top four with 10 laps remaining, McLaughlin ahead of Coulthard, Waters and Davison, who was the first driver to pit.

After clearing Tim Slade on his outlap, van Gisbergen was fifth, and he passed Davison with six laps to go. 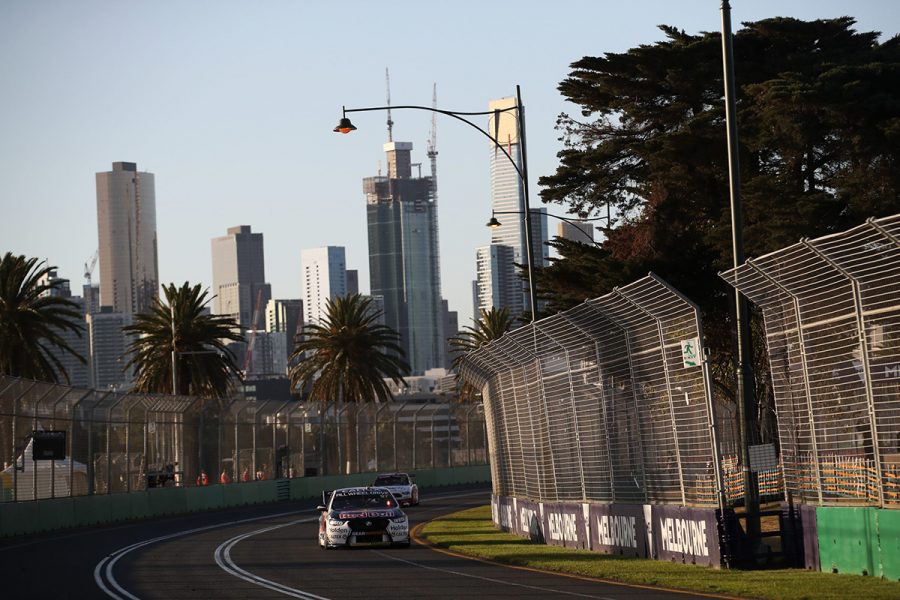 However his Commodore lost power and stopped at Turn 2 with four laps remaining.

That was of little consequence to McLaughlin at the front of the field, McLaughlin eventually cruising home to finish 0.6869 seconds ahead of Coulthard.

Waters grabbed a second podium of 2019 in his Monster Mustang, while Davison and Mostert filled the next two places.

Mostert started in 22nd place and got up to 13th by the time the pitstops started on lap eight.

His march continued throughout the afternoon, to finish within a second of Davison, setting a new Supercars lap record in the process.

Slade was the best of the rest in his Alliance Truck Parts Commodore in sixth place, 16s behind McLaughlin.

James Courtney and Jamie Whincup spent the whole race together and finished seventh and eighth, ahead of Lee Holdsworth in the other Mustang in the field.

Scott Pye crossed the line 13th but there will be a post-race investigation into a pitlane incident in which Nick Percat collected one of his wheels.