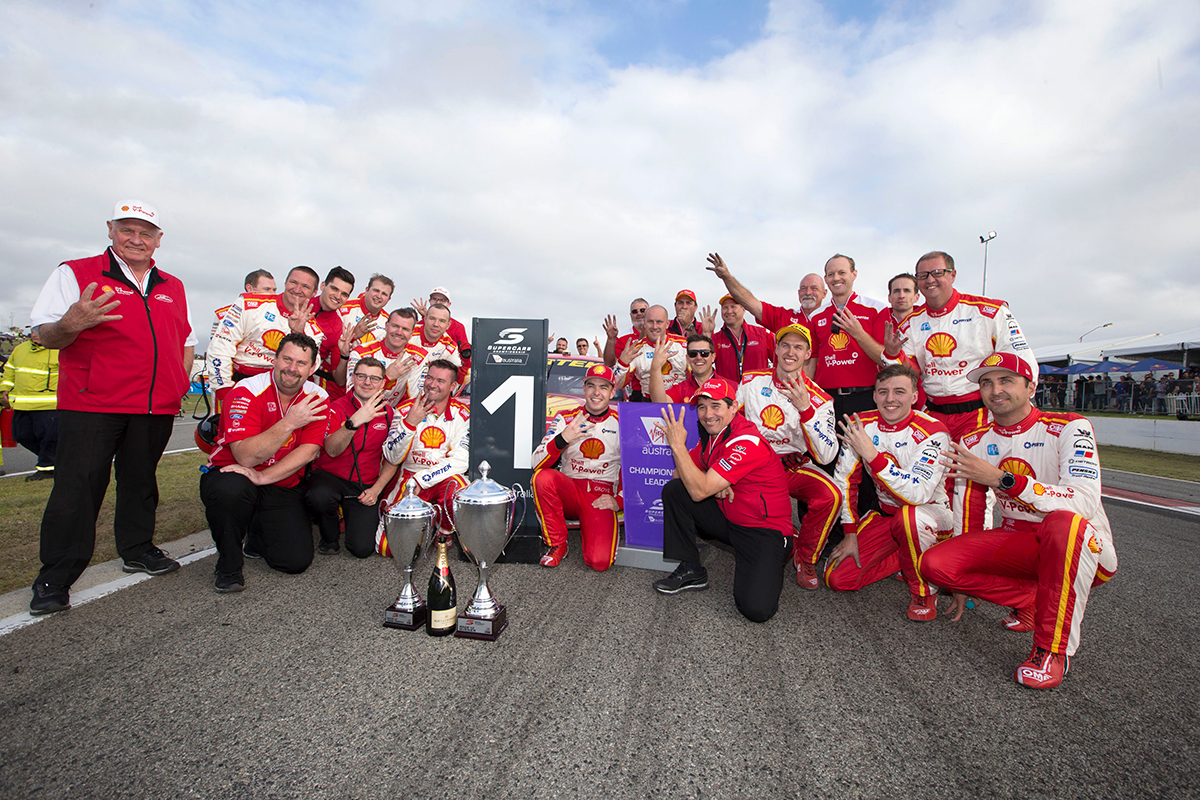 Scott McLaughlin says he equated qualifying 19th at Barbagallo Raceway to an AFL team being “60 points down at half-time”, with time to change that.

The Shell V-Power Racing driver took two very different wins at the Perth SuperSprint, controlling the race from ARMOR ALL Pole Position on Saturday and coming from 19th on Sunday.

That was McLaughlin’s worst grid position since the Hidden Valley event in 2015 in a Garry Rogers Motorsport Volvo, as he and team-mate Fabian Coulthard were unable to escape the first of three knockout segments.

Asked how he treated that outcome in the garage in the aftermath, McLaughlin said: “I guess it’s like a footy team and you’re 60 points down at half-time.

“You’re trying to rally them and get going, ‘we’ve got two more quarters left’.

“That’s sort of how I’ve always looked at it, just to work it out and get on with it and see if we can solve that gap.

“It was first to 19th, effectively, the two [Red] Bulls were on the front row and we were really far back.”

Even with that outlook, McLaughlin said he was simply aiming to get back into the top five, rather than thinking he could take a fourth-straight Supercars race win.

“I was thinking a top five would be ideal, a podium would be exceptional,” he added.

“I never thought we could win. I said to DJ [Dick Johnson] and Ryan [Story] we could!

“A lot of things went our way, strategy was unbelievable, I’ve got to put my hand up, qualifying was an absolutel balls-up on my part.

“I made a complete, utter mistake of that and they gave me a great car, a car that probably could’ve been on pole today.

“I made it hard for us, but at the end of the day we made a bad day turn pretty good.” 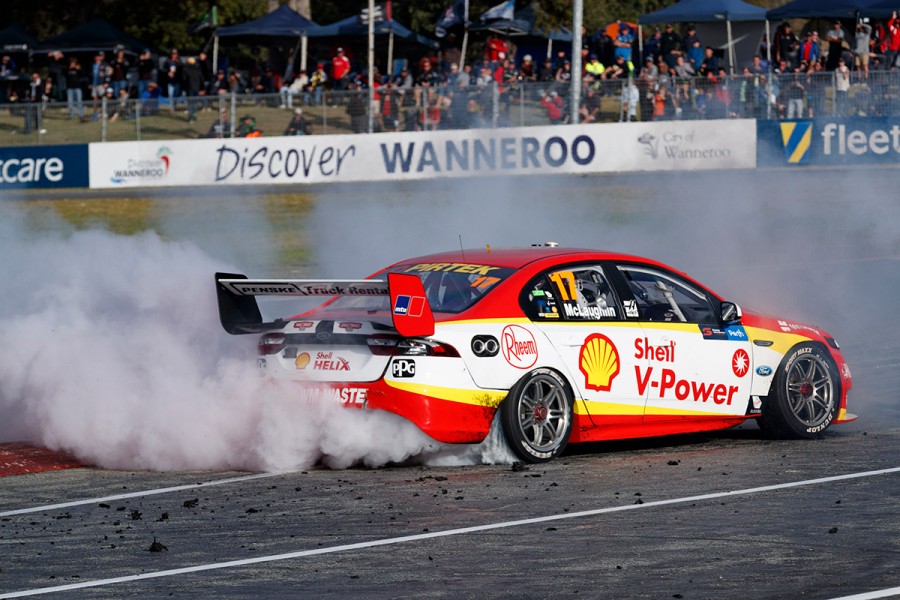 Now leading the championship by 158 points after 12 races, McLaughlin said he considered the day “the best team race I think that I’ve ever had at DJR Team Penske”.

McLaughlin went from 19th to 16th on the chaotic first lap, then 12th by the time the Safety Car was called on lap four and 25 of the 26 drivers pitted.

With some drivers ahead having to double-stack, he emerged in seventh place, and led for the first time on lap 34, after the second round of stops.

“In those first couple of laps I was bombing people to get some moves and make a lot in that first stint,” he said. “Then the Safety Car really fell in our hands.

“We had obviously taken a lot of fuel on in that first stop and short-filled to get some track position to use my speed and my tyre life.

“That enabled that last stop to not be as stressful. I think we just really used our tyre life to the best of our ability.

“We had a lot up our sleeve yesterday, the car was fantastic and equal to that, I was lucky I had a really good start, picked the right spots and got through on the right people at the right time.”