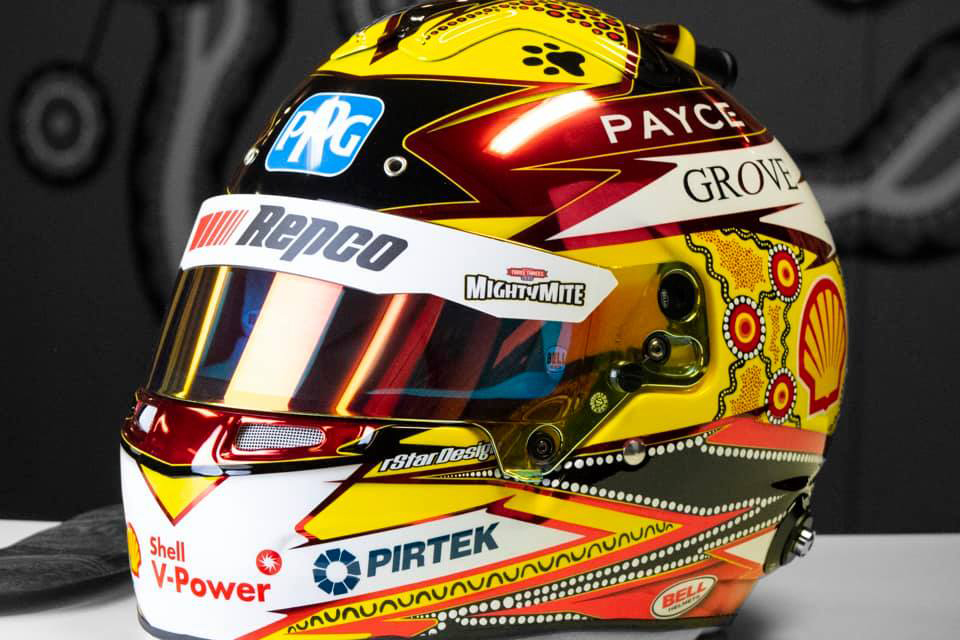 The helmet, a tweak on his regular scheme, also pays tribute to the victims of the mosque shootings in his hometown of Christchurch in March.

"The 15 Circles represent a meeting place, 15 tracks [on the Supercars calendar]," McLaughlin explained.

"The black lines connecting them are journey lines they represent the championship.

"The 51 U shapes are people and are a tribute to the 51 people who lost their lives in Christchurch this year.

"The paws are for my dog Chase!"

The boots are to be auctioned off as part of Fox Footy's Fight MND fundraising efforts, alongside items from AFL clubs and stars.

The Kiwi is a two-time Hidden Valley race winner in a Shell Ford, taking victories on the Sunday in 2017 and Saturday last June.