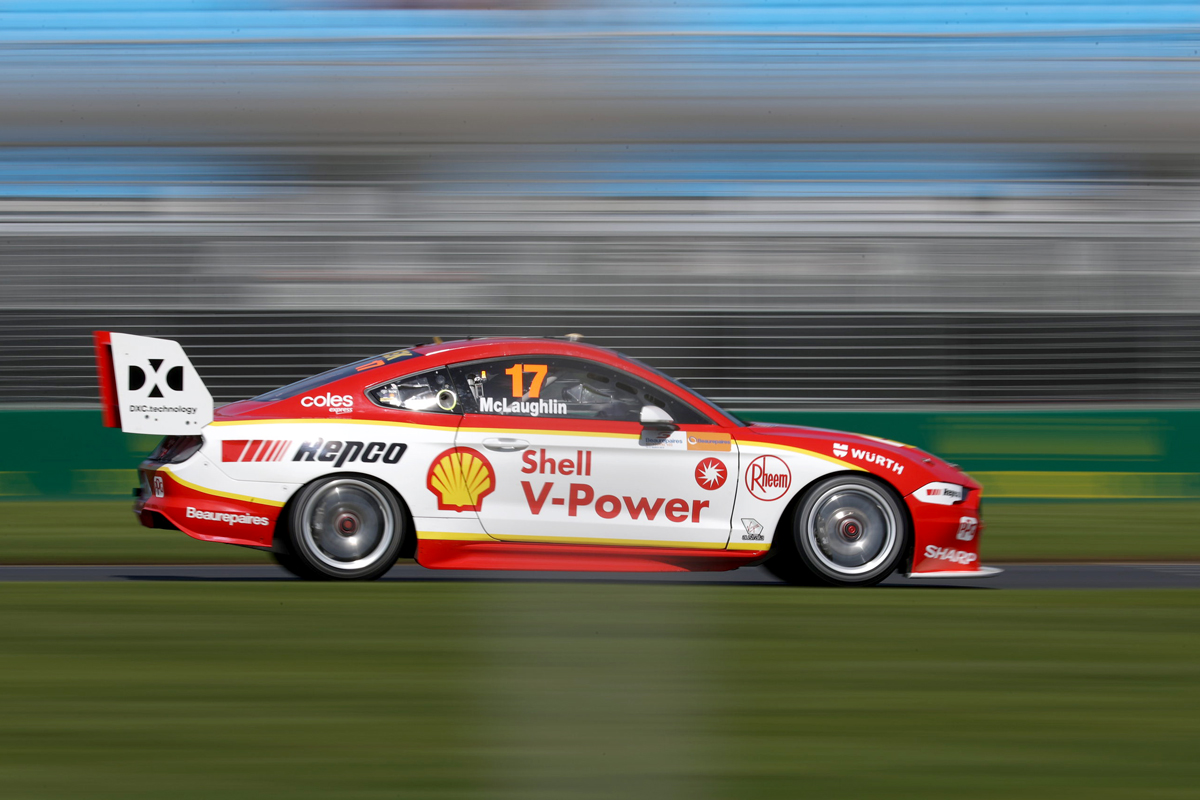 Mustangs filled the top four places in ARMOR ALL Qualifying, as defending champ McLaughlin set a new lap record with a 1:53.8280s.

The first of four 10-minute sessions set the grid for Friday evening's opening race of the Albert Park weekend.

Drivers effectively had a single shot at turning a quick lap, and it was McLaughlin who made the most of it.

McLaughlin's effort was an imposing 1:53.8280s, six tenths better than the Supercars lap record set two years ago by Coulthard.

That was not beaten, securing McLaughlin a 48th career pole, and was ultimately 0.3614s clear of Coulthard's effort to take second.

The Tickford Mustangs of Cameron Waters and Will Davison will share the second row, as the new Ford swept the top four places.

After a low-key run through practice, Shane van Gisbergen was fifth in his Red Bull Holden Racing Team Commodore, two spots ahead of team-mate Jamie Whincup.

James Courtney and Mark Winterbottom rounded out the top 10, while Anton De Pasquale was the best of the Penrite Racing Holdens in 11th. 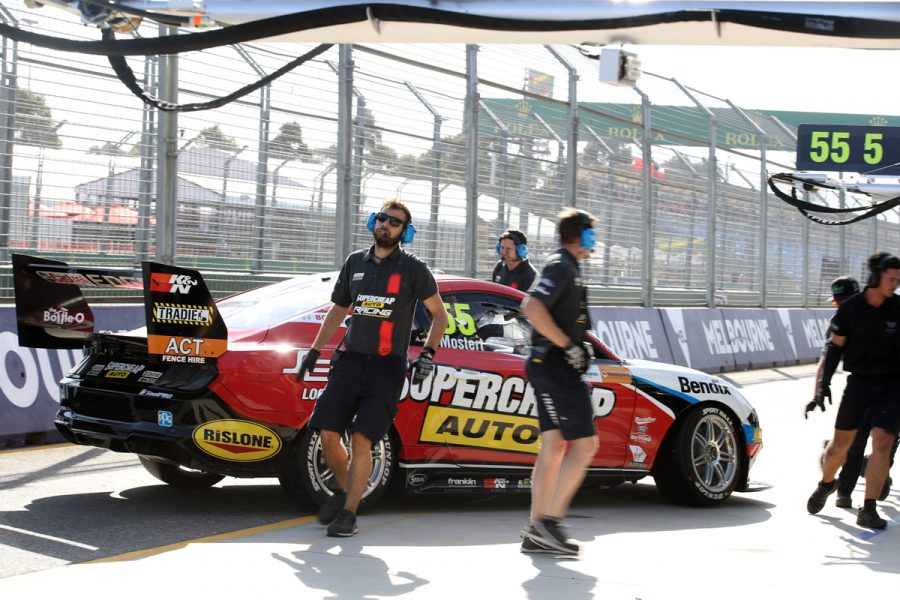 Chaz Mostert incurred a track-limits infringement on his first flying lap, which left him at the foot of the order entering the final minute.

He got back out for a second run, only to run wide at the first corner, leaving the Practice 1 pacesetter down in 22nd.