Tickford Racing driver Mostert is, though, under investigation for impeding Shane van Gisbergen midway through the 20 minutes.

Only Garry Rogers Motorsport pair James Golding and Garth Tander set representative times in the first half of ARMOR ALL Qualifying.

That had him 0.0604s up on team-mate Fabian Coulthard before the final runs, with Jamie Whincup third and Mostert fourth.

Van Gisbergen was 11th, having lost time into Turn 6 catching - and overtaking - Mostert.

David Reynolds went fastest momentarily in the final minute with a 1:08.7217s, but was beaten by Coulthard and then McLaughlin's 1:08.5014s.

“That one felt really good. We weren’t amazing in practice but we were there, and we made a massive leap forward then,” McLaughlin said.

“The car was fantastic and to have Fabs here as well with me is fantastic for the guys. A Ford one-two-three is nice.

“It was all about doing the right lap there and trying to execute it the best that I could. I felt like that was all that was left in it.

“It sounds crazy, but I think it was one of my best laps of the year.”

“I didn’t really see his headlights, but I thought I could still stay quite wide out of the way,” the Supercheap Ford driver said of the run-in with van Gisbergen.

“It’s one of those things. Gizzy is always line-ball with those type of things as well. You can’t do much about it.

“If he brakes any later than that he’s probably off the track. I tried my best and hopefully they don’t take it off me.

“Obviously it wasn’t intentional to bugger him over, if that’s the way it ends up going, I don’t like to do that."

Coulthard and Reynolds will share the second row, with the top Nissan of Rick Kelly and Whincup on row three.

“It’s better to start second or fourth than first or third because it’s the clean side, so I’ll concentrate on making a good start and try and pass them at the first turn,” Reynolds said. 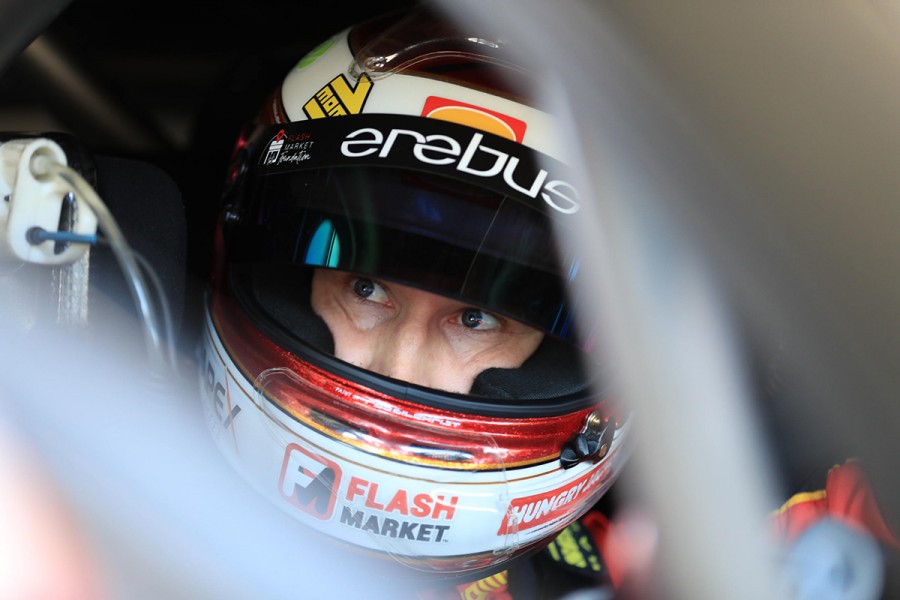 Those four drivers are all covered by less than one tenth, while Michael Caruso, van Gisbergen, Nick Percat and Craig Lowndes rounded out the top 10.

“I guess he didn’t see me or the team didn’t tell him, whatever. It didn’t look intentional,” van Gisbergen said of the incident with Mostert.

“We were a bit out of phase, we didn’t do it on the first lap, we were doing it on the second.

“We weren’t quite good enough, but some clear laps would have helped too. It definitely hurt us.”

Tander improved on his final run to take 11th, while Golding did not and had to settle for 19th.

Beyond Mostert for Tickford Racing, Richie Stanaway was the top rookie in 14th.

Mark Winterbottom and Cameron Waters, though, were only 20th and 21st in their Falcons.