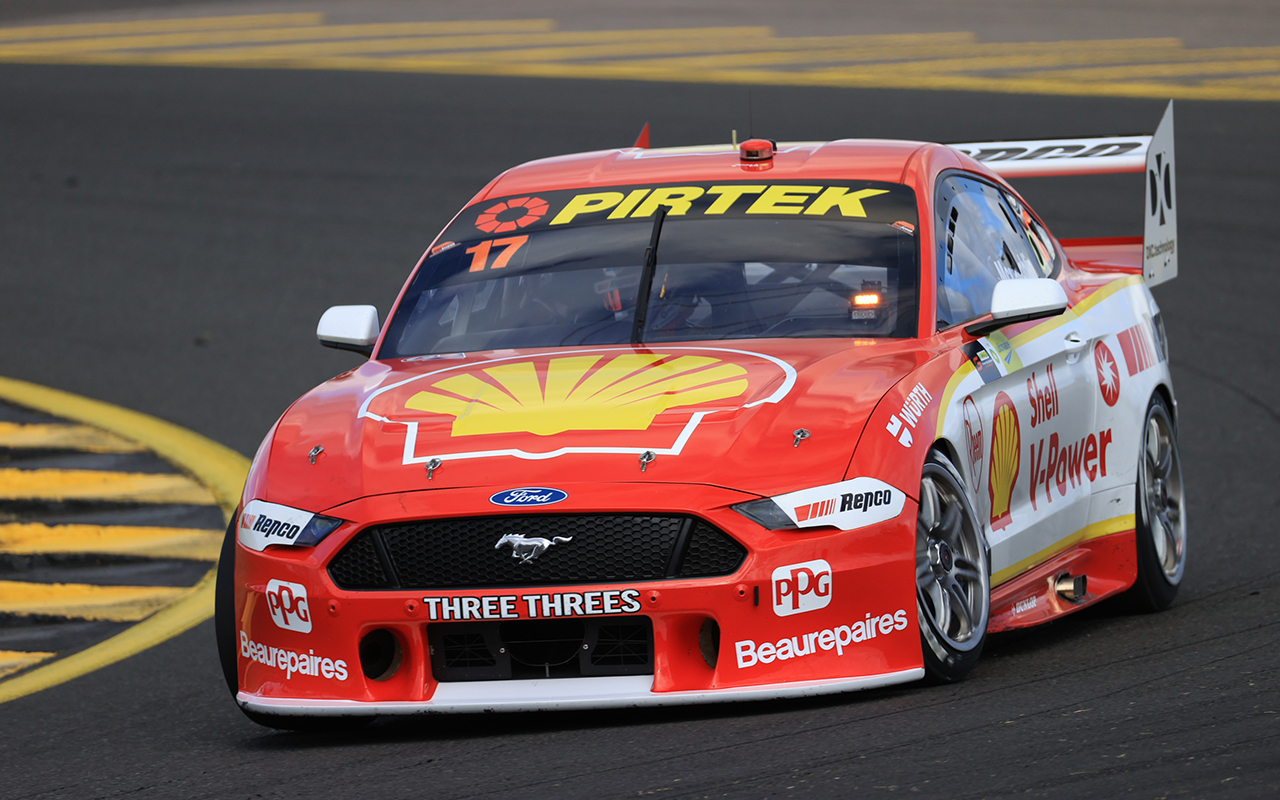 Scott McLaughlin scored ARMOR ALL Pole for the opening race of the BP Ultimate Sydney SuperSprint this afternoon, setting the pace in a Top 15 Shootout.

Having been quickest in Q2, the two-time defending champion mustered a sensational Shootout lap to knock Shane van Gisbergen off top spot by more than two tenths.

In the end, McLaughlin’s 1:27.9658 was just fractionally slower than his 2018 qualifying record time at the Eastern Creek venue.

It marks the 27-year-old’s first pole since the Vodafone Gold Coast 600 last October, some eight months back.

“We’ve rolled out with a really nice car. To get the first pole after being back is pretty tough and I’m pretty pumped for it,” McLaughlin said.

“The track rolled out probably not as fast as we thought and then as the rubber has gone down it’s gotten quicker and quicker.

“So I was fully expecting that was going to be a quick lap for everyone, so I just had to have a crack and see what happened.”

Cameron Waters improved significantly on his Q2 effort; moving from 14th in that session to nab third in the Shootout.

Chaz Mostert will start this afternoon’s race fourth, ahead of Jamie Whincup.

Nick Percat was sixth for Brad Jones Racing, continuing a solid first day back for the Albury squad.

Lee Holdsworth and Scott Pye will share the fourth row, ahead of Anton De Pasquale and Fabian Coulthard.

Rick Kelly was the only driver of the Top 15 Shootout to have his time deleted for exceeding track limits, running wide at Turn 5 – having just snuck through Q2, pipping teammate Andre Heimgartner by 0.004 seconds.

David Reynolds was the biggest casualty of the three-tier qualifying format, bowing out in Q2 to place 18th.

The #9 Penrite Racing Commodore driver sat 14th after the first runs in Q2 and opted not to return to the track in a move to save tyres for later in the weekend.

That resulted in some short-term pain, as Chaz Mostert, Macauley Jones, Scott Pye and Mark Winterbottom all improved.

“We rolled the dice because if you make the Shootout you’ve got to have green tyres around here, otherwise there’s no point,” said Reynolds.

“Unfortunately we start 18th or something which is very dismal, but today’s all about getting back into the rhythm and it’s just good to be back racing again.”

Reynolds was joined by Heimgartner, Jack Le Brocq, Alex Davison and Garry Jacobson as those to be knocked out in positions 16 to 20.

Davison made it out of Q1 with a late flyer, eliminating Tickford Racing recruit James Courtney in the process.

The first race since February’s Adelaide 500 will take place from 3:30pm in a 32-lap affair at Sydney Motorsport Park.