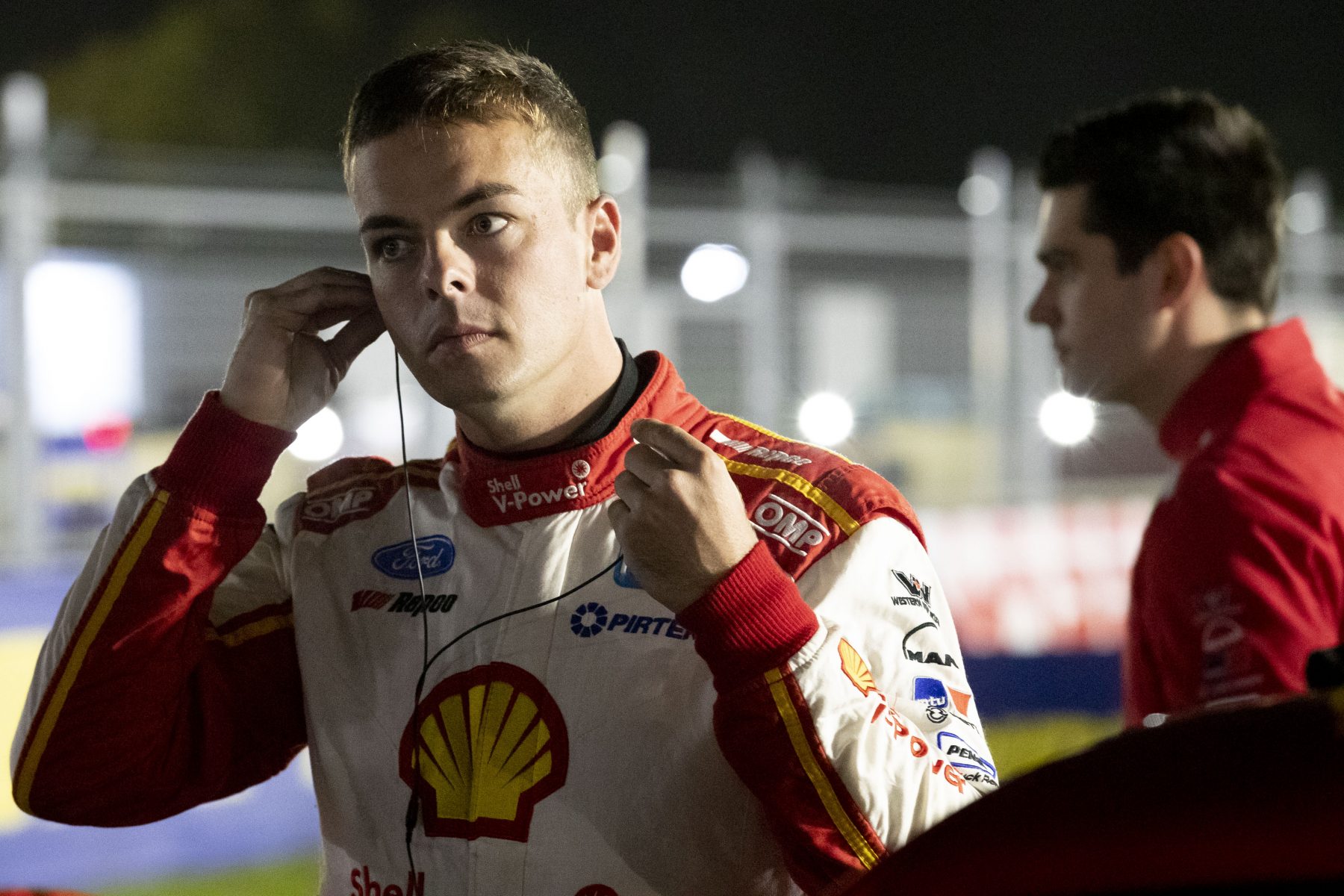 McLaughlin was again in blistering qualifying form at Barbagallo, scoring ARMOR ALL Pole by 0.2124s and 0.4018s for the respective races.

However, the races were not straightforward, as he dropped to fourth and second off the line on Friday and Saturday.

He recovered to second behind team-mate Fabian Coulthard by the end of Friday night’s encounter, before overcoming early leader Jamie Whincup in the pitstops 24 hours later.

“We’ll work on it. There are a couple of little things.

“The starts have been not too bad. I don’t want to get too stressed out about them yet. If I lose a couple more, maybe I’ll go crazy.” 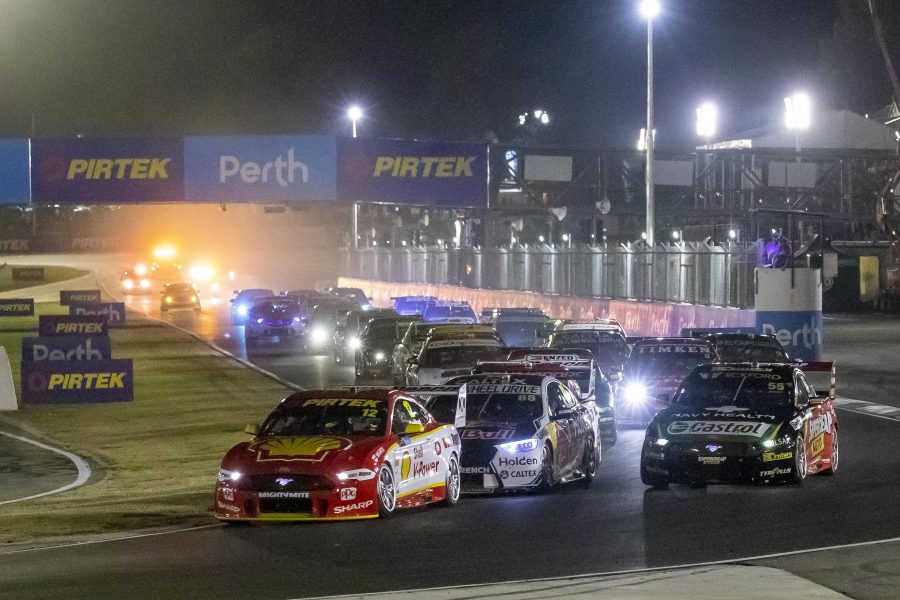 McLaughlin was swamped at the start of Friday night's race

McLaughlin extended his championship lead over Coulthard to 142 points in Perth.

The Red Bull Holden Racing Team took a clear step forward in the West, which McLaughlin says was to be expected.

“They’re definitely going to get better, they’re going to get more of an understanding of the linear spring and all that sort of stuff,” he said of Triple Eight.

“You’ve just got to expect that. They’re a champion team and we’re going to have to keep raising the bar and keep on top of things to stay in front.

“But I’m confident. I’ve got the best team in pitlane I believe and we’ll have a crack towards the end of the season.”