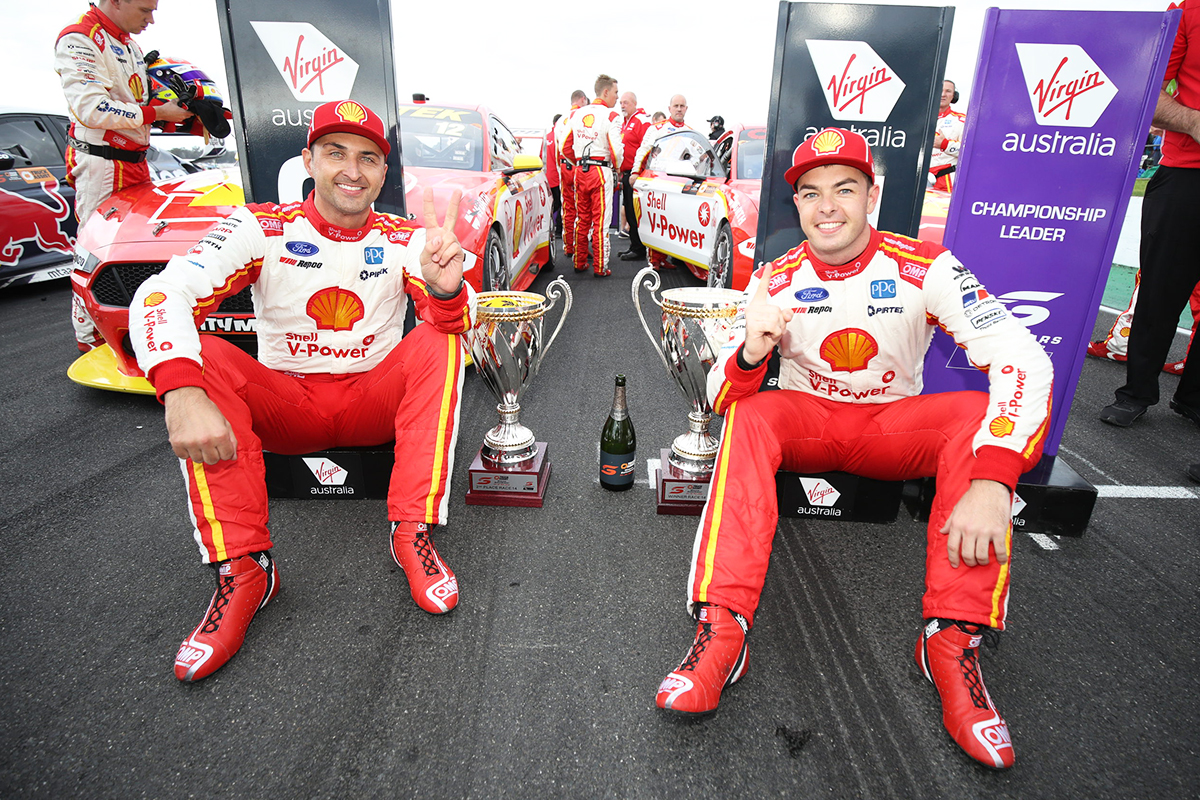 McLaughlin won Saturday's race despite a first-lap clash with Coulthard, but there was no such drama in the weekend's longer, 200km affair.

After taking ARMOR ALL Pole by half-a-second, McLaughlin was never troubled, ultimately winning by 0.7664 seconds after a late Safety Car period.

It is the defending champion's 10th victory from 14 races in 2019, while the Shell Fords have now claimed six one-two finishes.

Behind them, Jamie Whincup beat David Reynolds to the final place on the podium.

"It’s been an amazing weekend, two wins for our team, a pole and a one-two," McLaughlin said.

"Our cars were just ridiculously good and I’m excited for the future and the rest of the year.

"We battle hard, we had a little kerfuffle yesterday, we got our butts kicked and came back here today." 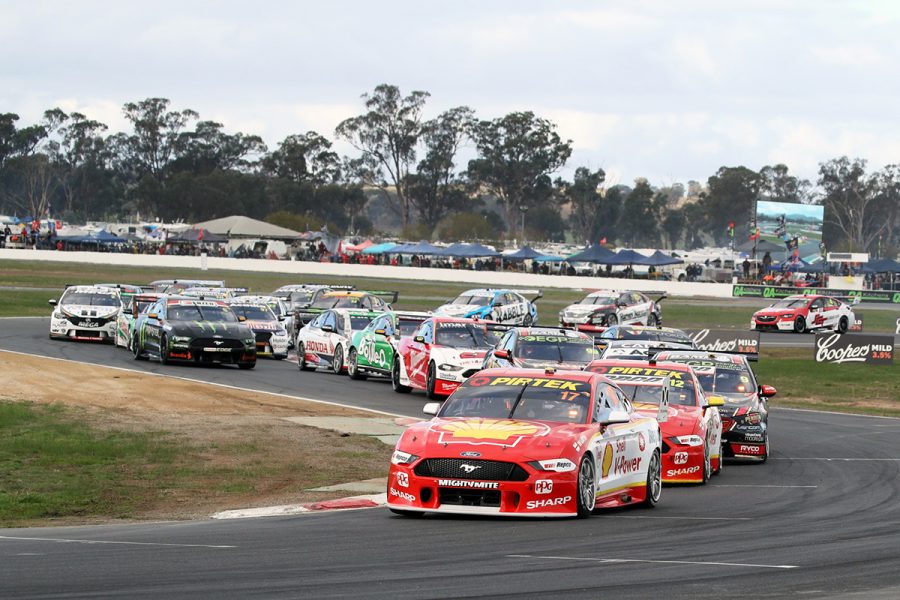 McLaughlin kept the lead off the start and cruised away from Coulthard to be nearly four seconds clear by the time the latter pitted for the first time on lap 16.

He stopped three laps later and maintained a similar gap through the second stint, with Coulthard again pitting first, on lap 35.

A second and final stop for McLaughlin came on lap 42, and he emerged 7.6s ahead of his team-mate and countryman.

Coulthard was unable to make significant inroads into that before the Safety Car was summoned for Will Davison's stricken Mustang.

McLaughlin was not troubled by the restart, bringing it home over the final six laps as Coulthard regrouped from a tough Saturday with a seventh podium of 2019.

It means McLaughlin now leads the championship by 244 points, the margin having been 142 at the start of the weekend.

Reynolds ran third for the first two stints, but lost out in the final pitstops, when Whincup came in a lap earlier. 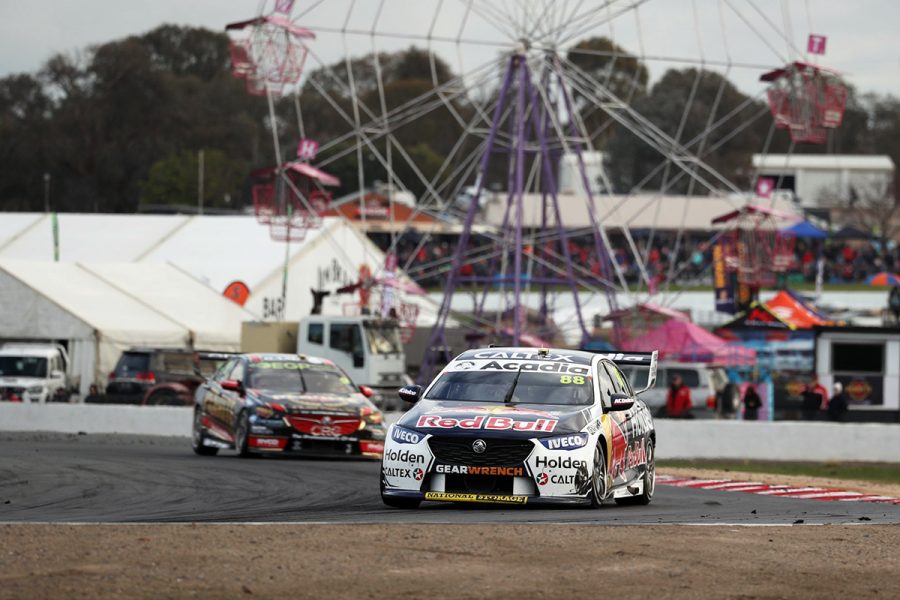 The Penrite Holden emerged ahead on lap 35, only for Whincup to capitalise on the undercut and take the place into Turn 3.

Whincup's Red Bull Holden did enough either side of the Safety Car period to finish third.

"We probably didn’t stop at the right time the first time and luckily we had a bit of pace in the middle there, got a second chance.

"A podium was the best we could do today, I’m very, very happy."

Nick Percat started 11th but paired strategy and pace to get up to fifth place by the second stint.

He could only find his way back to ninth, one spot ahead of Chaz Mostert, who deployed a similar strategy in very different circumstances.

Mostert started fifth but went off at Turn 7 on the opening lap, falling to last, and then again at Turn 3 the next time around.

He later made contact with James Courtney, incurring a 15-second time penalty. 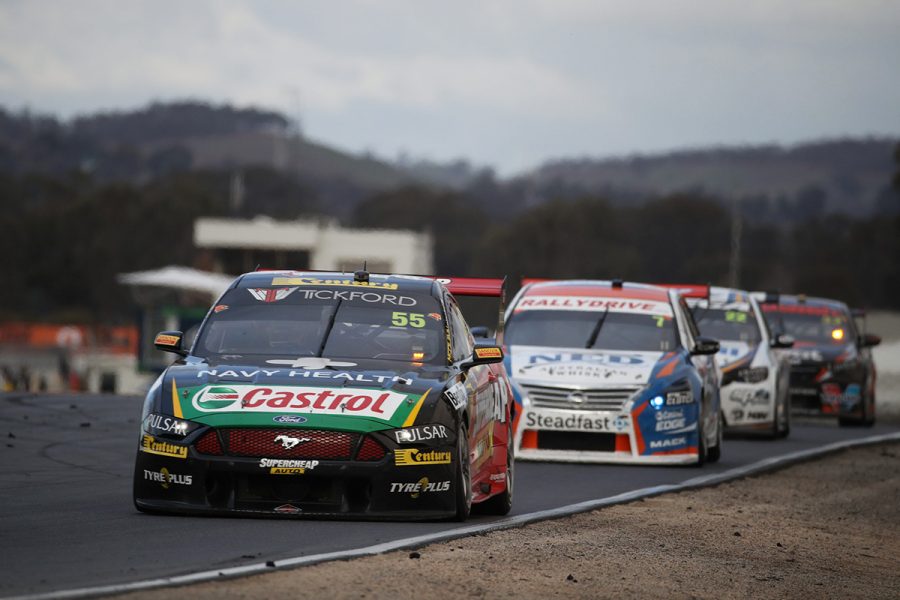 He pitted for fresh rubber late and cut his way from 15th to pressure Percat in the closing stages.

The other three Tickford Mustangs of Lee Holdsworth, Davison and Cameron Waters were running sixth, seventh and eighth when Davison's Ford stopped with a suspected transaxle failure.

Holdsworth brought it home in fifth, his previous-best 2019 result ninth, ahead of Waters.

Shane van Gisbergen and Scott Pye came from 13th and 14th to finish seventh and eighth, ahead of Percat and Mostert.

Mark Winterbottom's day unravelled with a Turn 1 clash with Simona De Silvestro after exiting the pits.

It punctured a tyre and incurred a 15-second penalty, that combination leaving the IRWIN Commodore last of the finishers and a lap down.

Rick Kelly retired 30 laps from home with engine problems with his Castrol Altima.